How much is Lionel Messi worth?

Lionel Andrés Messi Cuccittini is the 3rd born to Jorge Messi and mother Celia Cuccittini was born on the 24th of June 1987 in Rosario, the largest city in Central Argentina. He grew up in a football-loving family and this made him develop a big passion for the sport at a very young age. He used to play football with his older brothers and at age 4, he joined a local football club called Grandoli where he was closely coached by his father. His grandmother, Celia, took Messi to training and to football matches and she was a great inspiration to him. At age 6, he joined Rosario Club and he scored almost 500 goals during the six years he played for the club.

At age 10, he was diagnosed with a growth hormone deficiency and the treatment cost $1000 per month. His father paid for the treatment for only 2 years under his health insurance coverage. Newell’s Old Boys reneged on their promise to help contribute to Messi’s treatment and Buenos Aires club River Plate’s efforts towards contribution were futile due to the poor economic status of Argentina at the time.

His family then moved to Barcelona in 2000 for trials with FC Barcelona Youth Academy. The board was hesitant to sign him at such a young age as he was a foreigner, he was only allowed to play in friendlies. He struggled to fit in with the team and was homesick as his mother and siblings moved back to Rosario. After a year at the youth academy, La Masia, he was enrolled in the Royal Spanish Football Federation (RFEF). He completed his treatment at age 14 which was covered by the team and scored 36 goals in 30 matches for the youth side.

Messi has been one of the best footballers in history. He has achieved a lot of club trophies, country, and individual awards. His success is driven by his relentless attitude and him constantly fighting for what he believes in. He has worked so hard to achieve his dreams in his football sport. His success story shows that success takes time, it is a long-term process. It does not happen overnight. His patience and perseverance and hard work got him to where he is right now. He does what he loves. He has had a passion for football and has wanted to play football since he was 4. He is never self-centered, despite his efforts that win titles, he is humble and always gives the team the credit.

How did Lionel Messi get so rich?

Messi has a net worth of about $410 million. He earns $610,000 in wages per week as per his new contract. He has endorsement deals with Adidas estimated at $12 million per year, Pepsi, Gilette, and Turkish Airlines. His endorsements are valued at $35 million. Messi is involved in a project back at home in Rosario, the Azahares del Parana project. It involves the construction of a set of gated communities as well as an apartment building.

On the 24th of June 2005, Leo signed his first contract in a senior team. The contract was to expire in 2010 and his buyout clause was at €150 million. He gained recognition in August that year in a pre-season competition where he started against Juventus where he got a standing ovation from the fans in Camp Nou. On the 16th of September, his contract was extended to 2014.

He had issues with acquiring his Spanish citizenship and he missed the first La Liga match. He later acquired it on the 26th of September and was eligible to play. His jersey number was 19 at the time and he became a regular starter in the position of Right Winger.

He had scored 8 goals in 25 matches before he suffered a torn hamstring injury and had to end his season. He had another injury of a fractured metatarsal in November 2006 that caused him to be out of action for 3 months. His fame continued to rise, he scored his 1st hat trick in an “El Clásico” match against rivals Real which on the 10th of March 2007, was last done 12 years ago. His efforts did not go unrewarded when his contract was renewed and wages increased. He became an important part of the club.

In the 2008-2009 season, Messi scored 38 goals in 51 matches, which amounted to 100 goals in all competitions, a record he set for the club. In the El Clasico match on the 2nd of May 2009, Barcelona won 6-2, whereby he scored twice and assisted one goal. That season Barcelona won 3 titles, the Champions League, La Liga, and Spain’s National Cup. Messi was then awarded a new contract on a salary of €12 million. At age 22, he won his first Ballon d’Or and the FIFA World Player Award.

In 2012, he received the Guinness World Record for scoring the most goals in a year. He scored 91 goals for both club and country. He won the Copa América Best Goal Award in 2007. He won the IFFHS World’s Best Top Division Scorer Award in 2012, 2013, and 2017. He has won the FIFA World Cup Golden Ball award in 2009, 2011 and 2014. He won the Ballon d’Or award that year. In 2013 and 2014, he lost the award to rival Cristiano Ronaldo. He won it again in 2015 and again in 2019, making a total of 6 times winning the award. Messi has been of great importance for both club and country, whereby he is a captain for both. He has contributed so much for club and country scoring over 700 career goals.

Messi had a growth condition that threatened his football career but nevertheless, he kept on pushing and scoring many goals even at a very young age. He made an incredible debut as a professional footballer for Barcelona and despite the many injuries he got, he still got back up, scored goals, and won titles. His relentless attitude and passion for the sport made him who he is today, one of the best and most successful footballers in the history of the sport. 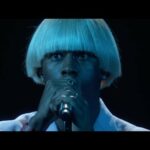 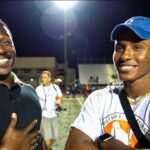