How much is Cristiano Ronaldo worth?

Cristiano Ronaldo was born on the island of Madeira on the 5th of February, 1985. He has two older sisters and one older brother, and is the youngest child of Maria, a cook, and Jose, a municipal gardener. Ronaldo grew up in a poor, Catholic home, sharing a bedroom with his three siblings. When he was a child, he played for amateur teams and went to join Sporting CP’s other youth players at the club’s football academy.

While he had been popular at school, he had gotten expelled at one point for throwing a chair at a teacher who supposedly disrespected him. At the age of 14, he believed that he had the ability to play semi-professionally and dropped out of school to focus on his career.

However, just a year later, he was diagnosed with a heart condition that would force him to stop playing all together. He underwent heart surgery that would alter his resting heart rate in order to fix his condition and was discharged from the hospital only hours after the procedure. He was up and training in just a few short days.

Playing football since he was just 8 years old, he is a Portuguese professional footballer who captains the Portugal national team and is also a forward for the Serie A club Juventus. He was one of the greatest players of his generation, and has become one of the highest-paid athletes in sporting history. He was often referred to as the greatest player of all time. When he was 23, he won his first Ballon d’Or.

As of 2021, Cristiano Ronaldo has an estimated net worth of $500 million dollars.

“You need to think big. I always believe that nobody is better than me, out on the pitch at least,” Ronaldo said, answering a question as to what made him so successful. Ronaldo has an unshakeable confidence in his ability to take on the toughest opponents in the world. Using criticism and negativity as fuel to succeed, he has a desire to be the greatest player in the world, and has achieved that in some views.

Many of his teammates call him obsessed over how hard he trains and how hard he strives to become the very best at what he does. He is responsible, and disciplined with his workout regime. If he misses any of his workouts at any given time, he penalizes himself by doing almost double the work as a form of punishment. This keeps his mentality from slacking and helps him put out a great amount of hard work without thinking.

How did Ronaldo get so rich?

Ronaldo set records while playing, and joined Juventus after 9 years with Real Madrid. With his four-year deal, he took a pay cut worth $64 million a year. Within the next day, they sold a half million jerseys worth over $60 million. His net worth is roughly $460 million as of the year 2020, making him one of the richest athletes in the world.

Some of his achievements were winning 3 FIFA club World cups, 2 UEFA Super cups, and 1 European cup with Portugal. He’s also won 3 Champions League, and 1 Spanish League. Moreover, he is the first player in history to win four European Golden shoes and has scored 725 senior career goals and 220 assists for his club and country. In total, he has won 31 trophies in his career.

Not only has he become rich because of his football career, but he also has his own businesses, including his own luxury underwear line, footwear, blankets, and even restaurants. In the year 2015, he invested $40 million in Pestana Hotel Group. Annually, he makes roughly $93 million.

In 1993, he began his football career by playing for Cruzeiro at just 16 years old. On November 7th of the same year, he gained the public’s attention by scoring five goals in the game against Bahia. In early December, he won the 2016 Ballon d’Or award for a fourth time. It is an award only given to the best football player of the year, determined by roughly 200 journalists from around the world. Later on, he achieved a fifth Ballon d’Or.

Ronaldo was named the most marketable and most recognized football player in the world in May of 2014 by Repucom. He also holds the records the most goals scored in the UEFA Champions League at 128 goals and the most hat-tricks in history with 56. With 1,000 professional career appearances, he has scored over 700 senior career goals for his club and country.

In all, Ronaldo is one of the richest and most successful soccer players out there. He continues to achieve his goals by putting everything he has into what he does, not just with football. Ronaldo keeps his training up my punishing himself by doubling the regime if he does not complete it in a certain time. This has helped him put as much work as possible into something. He has won many cups and leagues, as well as beating many records in his career and continues to do so to this day.

Negativity and desire fuels him to keep going, to keep accomplishing more goals. No matter what anyone says, never allows anyone under his skin, and believes that he is the very best. Everyone could learn a few things in self confidence from this man. Although he was raised in a poor household and at one point faced a challenge that could have ended his football career for good, he never let obstacles get in his way of achieving his dream. 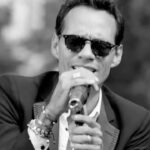 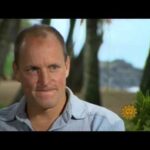