How much is Kyle Massey worth?

Kyle Orlando Massey and who is known simply as Massey is an American actor and rapper. He is best known for his work in the Disney Channel originals That’s So Raven and the spin-off Cory in the House. Since the 2000s, he has continuously released both hip hop and rock songs with Hollywood Records and Walt Disney Records and taken part in a number of films and series.

Mossey originally became famous through his association with Disney. He was born on August 28, 1991, in Atlanta, Georgia. He’s the youngest of two sons to Michael and Angela Massey. He has an older brother, Christopher, who is also an actor and occasional singer. During his childhood, he was interested in studying and taking part in spelling competitions. His biggest achievement during his early years is being the spelling-bee champion during fourth grade.

In addition to studying, Kyle was also a keen fan of golf and basketball. At the age of eight, he made his first of many appearances in the National Minority Junior Golf Tournament, which he would go on to win. While attending the Jonesville High School (from which he graduated in 2009), he began attending theatres as well as drama classes and schools to further improve his acting skills. In the early 2000s, he starred mostly in commercials that helped him land his first acting opportunity.

Working for Disney as an actor and starring in the eminent show That’s So Raven as well as its spin-off Cory in the House helped the child actor become rich. His professional acting debut came in 1999 when he was just eight years old. That year, he took part in the drama films Selma, Lord, Selma and Passing Glory.

A few years later, after partaking mostly in commercials and advertisements, in mid-January 2003, he became a main cast member of the supernatural sitcom That’s So Raven. In the Disney hit series, he portrayed the character of Cory Baxter for all of its 100 episodes. Just a few months before the show had ended, in November 2007, early that year, a spin-off was created titled Cory in the House.

Thanks to his impressive acting abilities and funny personality, Kyle was given the protagonist role in the show that follows the life of his character, Cory Baxter. The show was just as successful as That’s So Raven and after 2 seasons and 34 episodes, it ended in September 2008. Besides helping his name rise to stardom and accumulate many fans around his age, he was also highly-praised for his performances.

Since then Massey has added to his net worth with appearances in Disney Channel Holiday soundtrack and the Shaggy Dog soundtrack Who Let The Dog Out. He was the voice of Milo in the Disney animated series Fish Hooks.

As a runner-up on the 11th season of ABC’s Dancing with the Stars Massey has really shown us that is true what he says, “I just like to hop up on the dance floor and do my thing.”

He appeared on The Electric Company as well as made his Broadway debut as John Caviness in the musical Holler If Ya Hear Me which is a performance that was inspired lyrics of Tupac Shakur.

Concomitantly with working in the two Disney series, he also took part in various films such as The Practice and The Parkers from 2003. Two years later, he received a leading role in the Disney original movie Life Is Ruff which further boosted his popularity. Throughout the next fifteen years, he continued to work in both Disney and non-Disney films and series such as The Electric Company, Fish Hooks, and Mighty Magiswords.

In 2010, at the peak of his career, he was announced as one of the star contestants in the eleventh season of Dancing with the Stars. He partnered with the dancer Lacey Schwimmer and went on to finish as the runner-ups of the competition behind Jennifer Grey and Derek Hough.

Besides his fantastic acting skills, Massey is also praised and well-liked for his intriguing music. His first song is “It’s a Dog”, which was released in 2005 and served as the soundtrack of the aforementioned film Life Is Ruff, in which he was a leading character. Among some of his other popular songs are “Cory in the House Theme”, “Underdog Raps”, “Jingle Bells”, and “Fitness” (a collaboration with fellow rapper Skate).

Kyle Massey earned most of his money before he was 18 years old and since then it seems that his new “hip hop image” may point to quite some money spent and likely, more lost. It is common among child actors when they transition, to lose much of their money and sometimes all. While this has not been the case with Massey, sometimes, I consider, that some child actors struggle to find out who they are. Most teenagers go through a rebellious stage around the ages of 14 or 15 years old, for child actors, this comes later. Often ten years later, at the ages of 24 and 25 child actors tend to go through a stage which can cause calamity to their net worths. In the case of Massey, there is some evidence to that effect, or at least, that he has been mixing with the wrong crowd.

In 2015 he was assaulted by rapper, Lil Twist. Massey also found himself in trouble when he was charged in King County, Washington on one count of immoral communication with a minor.

Overall, and all things considered, Kyle Massey is estimated to have a net worth of about $600 thousand.

Kyle Massey is a popular actor that rose to prominence in the early 2000s when he became a Disney star. Working as both an actor and singer for some of the original Disney Channel movies and series quickly boosted his popularity. In addition to these professions, this comedian is also a dancer, model, musician, and magician. 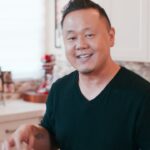 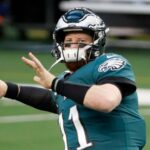