How much is Kate Middleton worth?

On the arm of the dashing Prince William, this former St. Andrews coed is now the people’s princess of England.

Who Is Kate Middleton

With inescapable comparisons to Prince William’s mother, Princess Diana, (both ring in at 5’10”, both have a similar fashion sense, both enjoy skiing) the new princess has some beloved shoes to fill.

Duchess of Cambridge, Kate Middleton, has a net worth of about $10 million dollars as of 2021.

Born in Berkshire, England, Catherine Elizabeth Middleton was the oldest of three—a younger sister, Pippa, and a younger brother, James. In her early youth, it was difficult to keep her parents grounded; her father was an airline officer and her mother was a stewardess. But before long, money was no longer an object for the family when their by-catalog children’s toy company took off and landed the family millionaire status.

Kate attended a private school until she was 13 before transferring to a public high school where she more than succeeded at her rigorous academic schedule. But it was her decision and acceptance to the University of St. Andrews in Scotland that would change the course of her life.

While at University, Kate met fellow St. Andrews student Prince William of Wales in 2001 and, while shy at their first introduction, the coy meeting sparked a friendship that eventually developed into a royal romance. Some speculate that the turning point was when he saw his “friend” modeling a sheer dress in a charity fashion show in 2002. The following year, the friends, along with two other classmates, moved in together still flaunting their platonic relationship.

In 2003, the media descended on the budding romance between the young couple and the British tabloids had a field day following Kate and snapping photos of her daily life. But things went a little too far when German magazine Das Neue disclosed the location of Kate’s London apartment along with a slideshow of pictures of the flat.

Their relationship now public, after graduation Kate indulged her passion for fashion as an accessories buyer for the British fashion house Jigsaw. In 2006, their relationship became really serious when the Queen invited Kate for Christmas lunch in Norfolk, but she graciously declined the offer in favor of spending the holiday with her family.

Things didn’t stay peachy keen for too long and the couple split in the spring of 2007 due to the difficult media attention on Kate. But no tabloid intrusion could extinguish this royal love affair—a few months later, the couple was back on.

On November 16, 2010 Kate and Prince William announced their engagement and impending nuptials for the spring of 2011. The couple’s announcement, which seemed to be a long time coming, sent girls all over England with princess aspirations into a tizzy as they raced to buy the same dress Kate sported at the announcement.

Defining Quote “Well I actually think I went bright red when I met you [Prince William] and sort of scuffled off, feeling very shy about meeting you.” 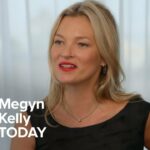 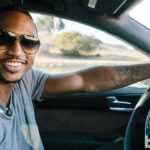