How much is Karl Lagerfeld worth?

Who Was Karl Lagerfeld

Karl Lagerfeld is a German creator, artist, and photographer. For decades, the controversial designer filled the front pages with both fascinating work from his career, and controversy from his private life. He was born in Hamburg in 1933, although he claims to have been born in 1938. To this day, it remains unknown how old Karl really was! The origin of his father is likewise mysterious, some say that he was Swedish, others German, and still more Russian…

At the time of his death in 2019, Karl Lagerfeld had a net worth of $300 million dollars. A tidy sum considering he started out with almost nothing.

How Did Karl Lagerfeld Get So Rich?

In 1962, Karl Lagerfeld met five women who would change his life and who would become his second family – the Fendi sisters. Initially, the collaboration was based on suggestions about a fur collection. Lagerfield came to Italy several times a year to work with them. In the meantime, the fashion house FENDI expanded its assortment, so in addition to expensive fur, they started creating dresses, bags, and accessories. Karl Lagerfield was the creative director of the fashion house FENDI.

As a freelancer, he started working with Chloé, and in 1975 he launched his first perfume, Chloé. This was followed by Lagerfield for men and K.L. Karl perfumes. Lagerfield was a big fan of perfumes, they were as important to him as the fashion itself. He created for the Chloé for a full 14 years, before being succeeded by Stella McCartney.

In 1983 Lagerfeld became the creative director for French fashion house, Chanel. A position he held until his death in 2019.

Karl earned millions in his career and is recognized as a creative genius in the fashion world.

In 1953, Karl moved to Paris. With a passion for drawing, Karl decided to study the history of costumes. He liked to draw sketches that illustrated the styles of different periods, with special reference to the 18th century. At the age of 22, he won the prestigious award of the International Secretariat for Wool Processing for a coat he created. In the same competition, Yves Saint Lauren won the category for the best dresses.

He was noticed by Pierre Balmain and started working as his assistant. After three years, he started working as the creative director of the famous fashion house Jean Patou. While creating two high fashion collections a year, he did not have much success with critics at the time, although he had a bright future ahead of him. After parting ways with Patou, he worked as a freelancer in Italy, France, Germany, and England for the next two decades. In the mid-sixties, the idea of ​​pret-a-porter collections was born. The idea was simplified high fashion that suits everyone. Karl, who invested his talents in several fashion houses, aimed to design clothes for as many different women as possible. Over the years he grew to become one of the most successful people in fashion, the world has ever known.

What Made Lagerfeld So Successful?

In 1983, when CHANEL slowly began to fade and fall into oblivion, Lagerfield became the creative director and restored Chanel to its former glory. Karl gave a new identity to the brand and completely revolutionized everything; from the idea of the clothing, to the look of the stores. Karl kept the classic Chanel style lines, but miraculously modernized them. The 1997 collection was Coco dedicated, reminding the world of the style of her swimsuits and the legendary little black dresses. While many thought that Lagerfeld didn’t have what it takes to stay as creative director for such a massive global brand like Chanel, he maintained his position until his death in 2019.

Karl Lagerfeld not only became rich and successful in his career, yet also revolutionized fashion in both the twentieth and twenty-first century. He was such a perfectionist and cared so about every little detail, style and commercial success, he even removed his middle name “Otto” resulting in simply, “Karl Lagerfeld”. Something he saw as a more commercially successful name. 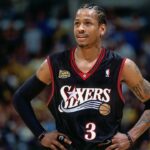 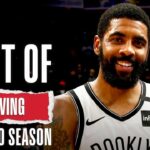