How much is Hayden Christensen worth?

Hayden Christensen was born in Vancouver, British Columbia, Canada. His mother and his father, Alie and David Christensen, are in the communications business but this was something that didn’t really interest Hayden. Hayden grew up in Markham, Ontario, with siblings Kaylen, Hejsa, and Tove. He and his siblings are of Danish descent on his father’s side, and Italian on their mother’s side. Hayden knew what he wanted to do with his life from an early age and he eventually began training for a career in acting at the Actors Studio in New York City. He soon after signed with Pringles commercial and started to appear in various advertising roles. However, for Christensen, what he really wanted to do was star in movies.

Canadian actor Hayden Christensen has an estimated net worth of $9 million dollars, as of 2023. Christensen will also reprise his role in the upcoming Disney+ series Ahsoka (2023).

After appearing in over a dozen TV series and in TV movies from 1993 to the year 2000, his biggest break was a major role in the Fox Family Network’s Higher Ground, in which he played Scott Barringer. He was immediately noticed for his deep character portrayal of a teen who was sexually molested by his stepmother, and who turns to drugs in despair. His career had never looked better, in 2001 he appeared in Life as a House winning “Breakthrough Performance of the Year” from the National Board of Review. Then in 2002, he appeared in the role of Anakin Skywalker in Star Wars: Episode II – Attack of the Clones. He had also been announced to reprise the role in Star Wars: Episode III – Revenge of the Sith.

Christensen was chosen by director George Lucas himself because he felt that he had the raw talent and good chemistry with actress Natalie Portman. It was an alarming move as Lucas chose Christensen after having turned down 400 candidates; Leonardo DiCaprio had also been interested in the role and had met with Lucas. Despite lots of discussion to the contrary, the director’s choice turned out to be right as the 2002 film grossed $653.8 million from a $115 million dollar budget, and 2005’s Revenge of the Sith, earned $868.4 million from a $113 million dollar budget.

In between the major blockbuster successes, Christensen starred in the 2003 film Shattered Glass, portraying Stephen Glass, the journalist for The New Republic who was later revealed to have fabricated news articles. Colleagues of the real Stephen Glass’ are quite as saying that he made an eerie and uncanny portrayal.

While after his sudden rise to fame in the mid-2000s, Christensen has struggled to keep his name front and center, he notably appeared in 2007’s Awake, 2008’s Jumper, 2010s Takers, and more recently has become more popular again in the wake of the TV Mini Series, Obi-Wan Kenobi and is currently in filming for the TV Mini Series, Ahsoka. 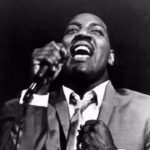 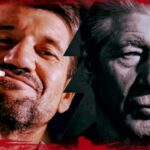