How much is George Lucas worth?

George Lucas is an American film director, screenwriter, producer, and successful entrepreneur. Lucas was born in 1944 and after graduating from the University of Southern California in 1967, he began working on his career as a filmmaker which later in life resulted in franchises worth billions of dollars. Staple blockbusters that continue to receive critical acclaim even decades after their initial release.

While his early work before his Star Wars franchise did not receive the same praise as his more recent work, George Lucas rise to fame due to his visionary movie productions. The original Star Wars franchise got him recognition and set him on the path for success.

American film director, producer, screenwriter, and entrepreneu George Lucas has an estimated net worth of $4.8 billion dollars, as of 2023. Best known for his Star Wars and Indiana Jones franchises, which together have grossed over $12 billion.

George Lucas managed to continue his ascension as a filmmaker by directing other successful franchises such as Indiana Jones and created his animation studio known as Pixar which also recruited Steve Jobs for a short period. To this date, George Lucas, as a name, is associated with the Star Wars franchise which he no longer directs. The latest movies released carry over his production company, Lucasfilm.

Over the years, George Lucas managed to accumulate a net worth which, if accurate, makes him the richest film director in the world. He is closely followed by Steven Spielberg but we feel that with all the Star Wars merchandising, films and fanfare that still go on til this day, that George Lucas will likely remain the richest of the richest directors.

At that time George Lucas had already made American Graffiti which had come out in 1973 and starred a young Harrison Ford. The film turned out to be one of the most profitable movies that had ever been made.

It earned a total of $140 million dollars which, in 2022, is the equivalent of a massive $886.5 million. The budget for the movie was just $777,000, or $4.9 million adjusted for inflation. It made George Lucas a respected director in Hollywood, and a small fortune as well.

The money he made with American Graffiti helped Lucas start a new company. He created Industrial Light and Magic to aid with the special effects and invested over $400,000 of his own money into the production of the first Star Wars. Star Wars: A New Hope (Episode IV).

The first Star Wars movie was a great success. The movie earned an incredible $775.8 million million! Which back in 1977 was a lot more. In fact, adjusted for inflation, the movie earned $3.599 billion. The makes it very close to Avatar, which is currently recognized as the highest grossing movie of all time, earning $2.847 billion. Adjusted to $3.7 billion.

George Lucas decided to negotiate for greater control over the franchise rather than ask for increased pay for his involvement. Fox believed the Star Wars movies would turn to be a flop and allowed George Lucas to gain ownership of licensing and merchandising right in exchange for him to give up on his $500,000 fee to direct the movies.

His stake into the franchise spawned Lucasfilm which gained control over the Star Wars universe and spawned multiple deals for toys, apparel, TV shows, and animated series. All of which turned out to be extremely profitable for Lucasfilm and George Lucas.

Pixar, his animation company also turned out to be quite successful. In collaboration with Steve Jobs, the studio created many critically acclaimed CGI movies that made great profits for George Lucas and Pixar.

By 2012, it is estimated the Star Wars franchise generated $20 billion in revenue from merchandise alone. Another $3.8 billion was added from home entertainment products. The same year, George Lucas, whom owners 100% of Lucasfilm, sold it to Disney for $4.1 billion in stock and cash, making him one of the richest celebrities in the world. Lucas was already a rich man even when he had complete ownership over Lucasfilm. The deal with Disney would just convert his stake into liquidity as he was paid in cash and shares in Disney. That is how the public came to know of his net worth, which previously had not been estimated in the billions.

The shares in Disney pay him quarterly dividends offering George an additional income on top of his ownership in Disney and his other companies in the movie industry.

George Lucas became so successful by turning down cold hard cash for licensing rights for a franchise nobody believed in. Throughout his career, Lucas continued to develop the franchise and over the decades, everyone associated his name with Star Wars. Everyone who ever watched the original movies knew he made them. Lucas gained a cult following just like the movies he made.

In the movie industry, his contribution to visual effects and animation is considered disruptive, causing many directors to see Lucas as a pioneer and visionary.

At the same time, the success experienced by George Lucas can be attributed to his visionary approach to film-making. He continuously innovated special effects and created supporting companies specialized in CGI that are still making an impact today in the movie industry.

His success can be attributed to his skill as producer and director, looking at the bigger picture and putting his own money into projects he believed in. Lucas gave up on being paid for his involvement in certain projects if he couldn’t see any potential in taking the franchise further. Franchises such as Star Wars and Indiana Jones were his most successful projects and the ones that also brought him his fortune. He continued to innovate, reinvest his own money into companies that he built from scratch, and increase his fortune over the decades.

George Lucas is one of the richest celebrities in the world with an incredible estimated net worth of $4.8 billion. None of it would have happened if Lucas did not believe in the growth and evolution of his ambitious projects such as the Star Wars and Indiana Jones franchises. All of it can be attributed to his vision as a director, writer, and producer.

When George Lucas saw an opportunity, he took it and looked at the bigger picture rather than short term gains. Over the years, he continued to invest and develop the movie industry by creating disrupting companies in the visual effects sector that are still profitable today. His name alone turned into a recognizable brand that is worth hundreds of millions of dollars. At the same time, his businesses continue to generate profits.

Towards the end of his career when he semi-retired, Lucas cashed in on his decade long investments in the Star Wars franchise and sold Lucasfilm along with all the franchise rights and IPs to Fox, making him a billionaire.

Fourteenth of May Birthdays 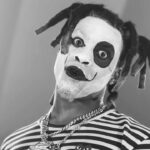 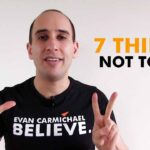