How much was Halston worth?

“One thing I know for sure, sexy sells.” Halston

Halston was born Roy Halston Frowick and became one of Americas most recognized fashion designers. He was the fashion designer who epitomized glamour and disco style. In the 1970s, he came out with his iconic jersey halter dresses. Ultrasuede shirtwaist dresses and at that time, also his sleek jumpsuits. Halston’s minimal, sophisticated designs, made Halston a household name. And were of course the garments to wear among his wealthy friends, the Halstonettes.

It was 1972, the time of the Easter Offensive, in Vietnam. Civilians were fleeing the 1972 Battle of Quảng Trị, and burial of 300 victims of the 1968 Huế Massacre. But in New York an industrious fashion designer was far removed from all of that. Halston, was creating one of his most iconic designs.

Halston’s designs were popular among the most fashionable in society, including Jacqueline Kennedy. He designed a shirtwaist dress using a new synthetic microfiber fabric called Ultrasuede. It was ready for stores by 1974 and all the rage by 1975. It was known for its minimalist design which Halston was recognized for ahead of his time. It was young and sexy while retaining elegance and class. It became well accepted in polite society, as well as in the fashion districts.

In Halston’s early years he revealed his creativity for fashion design and began designing and hand making clothes for his mother and his sister. After graduating from Indiana University he studied art at The Art Institute of Chicago; this is when he realized in his heart that he was to become a great fashion designer.

He stayed in Chicago and worked in high-end department store, Carson Pirie Scott & Co. (Carson’s). Working first as a fashion merchandiser and then later he began selling his own fashionable designed hats. His market was for women, and who knew what Halston had in store.

Then in 1958 Halston moved to New York City and managed to get a job working for the famed French milliner Lilly Daché. By 1959 at the millinery department at Bergdorf Goodman in New York City, Halston became the head milliner.

Then as his career took shape and so did his designs, by 1961, he had already become very popular in fashionable society. He even became known for making hats for Jacqueline Kennedy. Including the trademark pillbox hat that she was famously wearing at her husband John F. Kennedy’s presidential inauguration.

And by 1966, in association with Bergdorf Goodman, Halston began to design clothing that was not tailored, but designed for off the rack. He was so successful with his designs and they had become so desirable, that Halston was able to afford to open his first shop, the Boulevard Salon, in New York City in 1968.

In 1975, after his shirtwaist Ultrasuede had become so popular. Halston released his fragrance Halston.

By the end of the ’70s Halston was already a wealthy man with a net worth of an estimated $3 million dollars. Which is about $12 million dollars today. Halston himself was a sex symbol and became known in the New York City nightclub Studio 54. He was partying with artists like Andy Warhol and contemporary fashion designers like Yves Saint Laurent. He was seen with celebrities who had become more like friends than clients. Celebrities including Jerry Hall, Liza Minnelli, Bianca Jagger and Elizabeth Taylor.

His appearances are considered to have contributed to his success and his designs took over with disco goers. His jumpsuits, and pajama sets, were worn to clubs. His draped dresses and slim trouser suits were worn to restaurants. One-shoulder evening gowns and more were worn to polite gatherings and get-togethers.

Halston developed a close knit group of models and clients who wanted custom garments, or at very least to be ahead of the trend before a new garment came out. These were Halston’s Halstonettes.

Halston even redesigned the staff uniforms for Braniff International Airways, in 1977.

Incredibly, Halston was the first designer to license himself as a brand. He entered into a licensing agreement with JC Penny in 1983 with the aim of bringing his fashionable Halston designs to the mainstream shoppers. It was a six-year licensing deal worth a reported $1 billion at the time. That’s some $2.8 billion adjusted for inflation.

In the end it consisted of affordable clothing, accessories, cosmetics and perfumes ranging from $24 to almost $200. However as Halston was known for quality the low-end line, the Halston III line, damaged his reputation with his high-end retailers.

Unfortunately the Halston III line was seen as such an affront to how others viewed him. Halston was even dropped from Bergdorf Goodman. A partnership that had been successful for seventeen years.

Halston had quite some relationship adventures including what would be considered a successful relationship with his, on-again off-again, lover Venezuelan-born artist Victor Hugo. According to The New York Times, Halston was known however for having had an affair with fashion designer Luis Estevez. I am not sure how much Halston’s tumultuous and exciting personal life contributed to his losing control of his namesake company. However in the end, that is exactly what happened.

In 1983, Halston Limited was acquired by Esmark Inc. It had previously been owned by Norton Simon, Inc and the terms had been good for Halston. However after the 1983 acquisition by Esmark, Halston began to be sidelined from the business. Including the designs and a year later in 1984, was banned from creating designs for Halston Enterprises.

He struggled with this for years and even tried to buy back the company through protracted negotiations, but all failed for Halston. It was eventually sold by Esmark to Revlon in 1986. And all Halston could do was watch.

Halston was still paid a salary by Revlon and kept about but soon began designing clothes again like in the beginning of his story. For his family and friends. Including a newly acquired friend, Martha Graham.

The Halston line was still on racks with various Halston inspired designs but without any Halston input. It continued this way until 1990, when the Halston clothing line was discontinued completely by Revlon and only a selection of Halston perfumes were still to be sold.

Halston was diagnosed with HIV in 1988. He soon moved to San Francisco to be with his family. His health had deteriated and he was fortunately cared for by his family. The famiy that he had cared so much about in his early years and late in to his career. He died on March 26, 1990, of Kaposi’s sarcoma, an AIDS-defining illness, at the California Pacific Medical Center in San Francisco. His family were by his side.

Once Duke’s first collection debuted in fall 1997, it was to much fanfare and critical acclaim. Some of the early adopters were Mariah Carey, Celine Dion and Minnie Driver, among many more celebrities.

Duke left the company, in 1998, after it was sold to Catterton-Simon and the line was eventually continued by fashion designer, designer Kevan Hall. At this time it became called House of Halston and once again the brand reached critical acclaim for a period. However by 2000 Hall left Halston and a new owner James J. Ammeen, hired fashion designer Bradley Bayou. Notably Bayou’s line, Bradley Bayou for Halston, was worn by Oprah Winfrey and Queen Latifah.

In 2006, Jimmy Choo, Tamara Mello, Rachel Zoe, and Harvey Weinstein partnered with Hilco Consumer Capital to purchase the Halston clothing line. Former Versace designer Marco Zanini was hired in 2007, In 2009, actress Sarah Jessica Parker wore two Halston Heritage dresses in the film Sex and the City 2; and it has gone on this way. In fact Halston as a brand had only begun to die down in the public eye when the Netflix original Halston aired for the first time, in 2021.

“You are only as good as the people you dress.”

“Fashion starts with fashionable people . . . No designer has ever made fashion alone. People make fashion.”

“I’m into clean American beauty . . . for the woman who works day and night. It’s not necessarily a New York look—but for a lady anywhere in this country who wants to look feminine.” 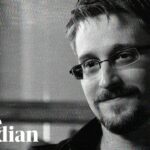 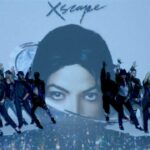