How much is Ginuwine worth?

Ginuwine is the stage name of Elgin Baylor Lumpkin. He’s an American actor, dancer, singer, and songwriter who began his career as part of the hip hop collective Swing Mob in the early years of the 1990s. Just a couple of years later, he embarked on his solo music career and signed with Epic Records as well as other record labels. Since then, he has become one of the most distinguished R&B artists during the late 1990s and early 2000s. For the past three decades, besides landing roles in numerous films and television series, Ginuwine has also released eight studio, one compilation, and one video albums.

American singer, songwriter, dancer, and actor Ginuwine has a net worth of $6 million dollars, as of 2021. His real name is Elgin Baylor Lumpkin, since the early 1990s he’s better known as Ginuwine (a member of Swing Mob).

How did Ginuwine earn his net worth?

The actor and singer became rich right after he embarked on his solo career. After failing to find success as part of Swing Mob, Ginuwine decided to move on and pursue a solo career in music during the mid-1990s. He landed a record deal with the label Epic Records and began recording songs for his debut studio album. His first album named “Ginumwine, the Bachelor” was released in October 1996 and besides entering numerous music charts, it also earned gold and platinum certifications in both Canada and the United States.

Throughout the rest of the decade, he continued to collaborate with the likes of Missy Elliot, Stevie Wonder, and Timbaland for commercially-acclaimed music projects. By March 1999 when his second studio album was released, Ginuwine was already winning well over $300.000 from his music. In the early 2000s, apart from his music, the singer and songwriter became an actor that took part in several productions. His television debut came in the television series “Moesha” in three different episodes that aired in 2000. He then appeared in the likes of “106 and Park”, “Platinum”, and “Half and Half” among many others.

Ginuwine became famous when he joined Swing Mob in the early 1990s. He was born on October 15, 1970, in Washington, D.C. His parents named him after Elgin Baylor, an NBA legend who is also a D.C. native. He attended the Forestville High School (which is now known as the Forestville Military Academy). After his graduation in 1989, he enrolled at the Prince George’s Community College and decided to pursue a career in music.

By the time he was in college, he met Donald DeGrate who was intrigued by his vocals and offered him a spot in the collective Swing Mob. During the 1990s, he also met Missy Elliot, Static Major, and Timbaland with whom he began working over various music projects. After he earned a paralegal associate’s degree from the Prince George’s Community College, Elgin developed the stage name “Ginuwine” and focused his attention entirely on music.

What makes this R&B superstar so successful is not only his music but also his acting and dancing skills. His commercial music found success in both films, series, and even video games. They were featured in the soundtrack albums of films such as “Men in Black” and “Dr. Dolittle”, as well as the widely-popular video game “Grand Theft Auto IV”. After releasing his first two albums, Ginuwine continues to create new music. Since the 2000s, he has released six more studio albums, all of which entered international charts in many countries such as Canada, Germany, New Zealand, and the United Kingdom to name a few.

Besides music, Ginuwine has been proactively chasing an acting career in the past decade or so. His film debut came in the 2002 romantic comedy “Juwanna Mann”. Since then, he has starred in the likes of “Honey”, “Parks and Recreation”, and “Chocolate City”. Apart from these, he has also been a television star that has appeared in numerous realities such as “Celebrity Page”, “Celebrity Big Brother”, and “Beat Shazam”.

Ginuwine is one of the most popular R&B artists to ever emerge from the 1990s. At the beginning of his career, he was associated with the hip hop collective “Swing Mob”. Less than two years later, he left the group and pursued his solo career. Releasing his solo debut studio album and associating himself with some of the most popular names in the music industry, Aaliyah, Missy Elliott, DeVante Swing, Timbaland, and his wife Sole, further elevated his career. Now, besides releasing new music, the singer and songwriter continues to land roles on television. 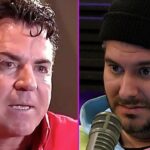 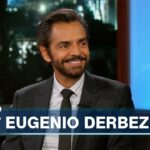