How much is Stevie Wonder worth?

In the history of American music, few artists are as universally known and loved as Stevie Wonder. From his early days as a Motown wunderkind, to his groundbreaking stretch of albums in the 70s and 80s, to his highly respected and beloved status today, Stevie Wonder’s story is more or less the stuff of legend. After all, his skill on the keyboard is impressive enough, but to be blind and still be able to play like that? Hardly anyone can do it like Stevie. Let’s take a closer look at his life and career; let’s better understand his achievements and answer the question: how did Stevie Wonder really get rich and famous?

We calculate Stevie Wonder has a net worth of $110 million dollars, as of 2021. Which is incredible considering he achieved this worth without even his sight. Wonder’s is a story of never giving up.

How did Stevie Wonder get so rich?

Stevie Wonder was born Stevland Hardaway Judkins in Michigan in 1950. He lost his sight at an early age; he was born several weeks premature, and the high levels of oxygen in the incubator caused his eyes to stop growing properly, resulting in blindness. While this was certainly a hardship for young Stevie and his family, he still found ways to have fun- his mother was a songwriter who was heavily involved in the church, so from a young age, Stevie began singing and playing a number of instruments. These early days definitely set the stage for his later musical achievements; after all, everybody has to start somewhere!

And these early days of practice started to pay off pretty quickly. At the age of 11, Stevie signed to the then-fledgling Motown records and adopted the stage name Little Stevie Wonder. He enjoyed a few early hits, the most significant of which was “Fingertips,” a wild and fun live jam that topped the charts. Despite this, the first decade of his career was a little stop-start, until the very tail end of the 60s. This is when Stevie began to produce iconic songs such as “Signed, Sealed, Delivered, I’m Yours” and “For Once In My Life.” These songs established Stevie as a force to be reckoned with, and set the stage for the music he would make in the coming years.

His career really started to take off creatively in the early 70s. After Marvin Gaye won Motown artists greater creative freedom with the success of his classic 1971 album What’s Going On, Stevie Wonder was able to make the kind of music he truly wanted to make- this led to the beginning of what many critics refer to as his “classic period.” Albums like Music of My Mind, Innervisions, Talking Book, and Songs in the Key of Life, all released when Wonder was between the ages of 21 and 25, showcased his incredible talent as a songwriter and instrumentalist. These albums won him both critical acclaim as well as chart success; these albums produced some of his biggest hits, like the classic “Superstition” and the timeless “You Are The Sunshine of My Life.” And of course, with chart success comes a great deal of money; by the end of the 1970s, Stevie Wonder was one of the most successful recording artists in the country.

Stevie’s commercial success continued to grow in the 1980s and 90s. He kept releasing chart topping singles, such as “Ebony and Ivory” with Paul McCartney and “I Just Called To Say I Love You.” But he also began to become a very important figure culturally at this stage in his career. He recorded a new version of “Happy Birthday” to commemorate the birthday of Dr. Martin Luther King, and was a big part in the campaign to establish his birthday as a national holiday. He also participated in the “We Are the World” campaign for African Famine Relief along with numerous other pop singers and songwriters. As much as Wonder had been a pop sensation throughout his career, this was the time he began to establish himself as an important figure, politically and culturally speaking.

When you look at the broad arc of Stevie Wonder’s career, it is hard not to be impressed. He has been active for so long- and at such a high degree of skill- that many people wonder what the secret ingredient is. There are a ton of things that make Stevie Wonder who he is. Talent might be the most notable. It is difficult to find a musician who is as talented on as many fronts as he is; from songwriting, to singing, to piano and keyboard, to drums and percussion, Wonder stands head and shoulders above most of the competition.

But I think what makes Stevie Wonder truly successful is his determination and refusal to give up. You have to remember he started off as a somewhat inconsistent child star- how many child stars can you name that just faded away when the going got rough, simply giving up after a few years? There’s many that do. But Stevie Wonder persevered through these early difficulties because he knew he could get his ideas out; it was just a matter of time. If he had given up after his first few- somewhat unproductive- years in the music industry, America would have missed out on countless classic songs and albums, as well as one of our most beloved figures in pop music and culture at large. Stevie Wonder’s determination and willingness to work through hardship are largely what makes him so successful today.

There are countless figures in pop music who deserve our admiration for their talent and hard work. Stevie Wonder just might be the most famous out of all of them. From his early years as a child prodigy, to his daring experimentation and critical success, to his later years as a statesmen of soul and funk, Stevie has always found a way forward. And in doing so, he has become one of the most famous and successful musicians in American history- his hard work certainly paid off, both in terms of money (which he has a lot of) and the respect of the American public. While whole books could be written about his life and career, hopefully this brief article gives some insight into what makes Stevie Wonder so rich, famous, and respected. 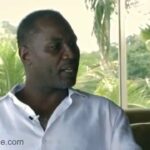 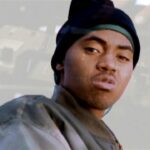