Remember when you were younger and wanted to show off in front of that girlfriend of yours? Well, guess is that a much younger Fabricio Werdum once wanted the same. Unfortunately for him, when his girlfriend at the time’s former boyfriend challenged him to a fight, getting choked out by the trained Brazilian Jiu Jitsu (BJJ) practitioner probably didn’t do as good a job of impressing her as he had hoped.

But there was a silver lining in the embarrassment he likely felt on that day. You see, it caused Werdum to actively seek out BJJ instruction, eventually compelling him to train under Marcio Corletta. Thus, a grappling and MMA star was born.

Brazilian mixed martial artist and former UFC Heavyweight Champion Fabricio Werdum has a net worth of $1.5 million dollars, as of 2021. Werdum is currently signed to the Professional Fighters League, where he competes in the Heavyweight division.

Date of Birth: Fabricio Werdum was born on July 30, 1977 in Porto Alegre, Brazil.

Werdum trains with Chute Boxe Academy in Brazil. He fights for the UFC organization.

Nickname Vai Cavalo. This means “Go Horse” and is a reference to Werdum being crazy or wild. He was given the nickname because he often used the term in conversation.

As was previously mentioned, Werdum began training in martial arts, specifically Brazilian Jiu Jitsu, after a girlfriend’s former boyfriend choked him out. Along with this, he started training under Marcio Corletta at the Porto Alegre Academy, Winner Behring.

Eventually, Werdum moved to Spain to join his mother. Despite only possessing a purple belt in BJJ at the time, he started teaching others his martial art there. Later, Werdum became BJJ World Champion. What was most amazing about this is at the time he was only training with white and blue belts.

Werdum fought in MMA for the first time on June 16, 2002 at Millenium Brawl 7 in England, where he was victorious over Tengiz Tedoradze by triangle choke. In fact, he went 6-0-1 before the now defunct PRIDE Fighting Championships came calling. While fighting for PRIDE, Werdum posted a 4-2 record, defeating the likes of Tom Erikson, Roman Zentsov, Jon Olav Einemo, and Alistair Overeem, while losing to both Antonio Rodrigo Nogueira and Sergei Kharitonov. During his time in PRIDE, Werdum was known for having trained with Mirko “Cro Cop” Filipovic. Werdum was focused on helping Cro Cop with his ground game, while the Croatian fighter concentrated on improving Werdum’s stand up.

Werdum To The UFC

After defeating Fedor Emelianenko’s younger brother Aleksander by arm triangle choke, Werdum signed with the UFC- upon PRIDE’s fall- and made his organizational debut against Andrei Arlovski at UFC 70. Werdum lost by way of decision, but then defeated both Brandon Vera and Gabriel Gonzaga consecutively. However, his final fight with the UFC did not go very well for him, as he fell by TKO to up and comer Junior dos Santos.

On June 26, 2010, Werdum defeated Emelianenko by triangle armbar after only 1:09 had gone by in the fight. It was Fedor’s first loss in over 10 years in MMA, and is widely considered one of the greatest upsets in MMA history.

Return to the UFC

Werdum returned to the UFC on September 4, 2012, defeating Roy “Big Country” Nelson by decision at UFC 143.

Fabricio Werdum’s greatest strength as a fighter can be found within his roots in the ground game. He possesses elite submission skills from both the top and bottom/guard positions. In recent years, he has also improved his striking skills tremendously, and now has a diverse stand up game.

Beyond the aformentioned, Werdum always comes to fight in shape and has demonstrated a lot of heart on more than one occasion.

Fabricio is married to Karine. They have one daughter together.

Werdum defeats Antonio Rodrigo Nogueira by armbar at the UFC on Fuel TV: Nogueira vs. Werdum: Anytime you’re able to avenge a loss earlier in your career, and do so by submission against an MMA and Brazilian Jiu Jitsu legend like Nogueira, it’s newsworthy.

Werdum defeats Fedor Emelianenko by triangle armbar at Strikeforce: Fedor vs. Werdum: Coming in, Fedor was widely considered to be the greatest heavyweight MMA fighter in history. In fact, he hadn’t lost in over 10 years. But after dizzying Werdum very early in the fight with his fists, he made the mistake of following the BJJ black belt to the ground. There Werdum slapped on the triangle armbar and the rest is history.

Werdum defeats Tom Erikson by rear naked choke at PRIDE 29: This victory put Werdum on everyone’s radar. It served as his PRIDE debut.

Werdum defeats Gabriel Gonzaga by TKO at Jungle Fight 1: Gonzaga dominated the early going in this fight. But Werdum, who probably didn’t know at the time that he was fighting someone else that would one day be considered upper echelon, had the better cardio. Along with this, he showed some of the toughness he would later become known for, outlasting and eventually besting his opponent.

This Fabricio Werdum Net Worth profile originated at WealthyGenius.com 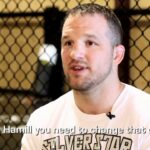 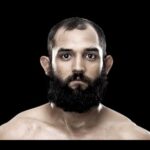