How much was Elvis Presley worth?

Who Is Elvis Presley

Elvis Presley, or simply known as Elvis, is a famous American actor and singer. Regarded as one of the 20th century’s most notable cultural icons, the one of a kind performer is known primarily for his sexually provocative style of performing, as well as his energized interpretations of songs among many other reasons. Also referred to as “The King” or “The King of Rock and Roll”, Presley began his career in 1953 during his teen years. He rose to prominence almost immediately.

Throughout his illustrious career, the megastar has released 24 studio, 4 live, 28 compilation, and 18 soundtrack albums. While he was taking over the world with his charisma and music, Elvis also began to work in various films. His film debut took place in November 1956 when he starred in the phenomenon “Love Me Tender”. Thanks to his incredible abilities to sing and act, Elvis Presley has been the recipient of hundreds of awards. He’s the best-selling (solo music) artist of all time. His long list of achievements includes three Grammy Awards and multiple entries in the various music halls of fame.

How Did Elvis Presley Get So Rich?

The King of Rock and Roll became rich after he began releasing his own music. Throughout 1954 and 1955, he continued to improve his music skills, record covers of different hits, and appear on various shows and radios. His television debut was on the “Louisiana Hayride” broadcast that’s part of KSLA-TV. In January 1956, Elvis was finally able to record his own recordings, after he landed a recording deal with the label RCA Records.

His debut album was released in March 1956. The self-titled album consists of 12 rock and roll songs and it was met with positive reviews. Upon its release, it topped the album charts, especially the US Billboard 200. To create that successful project, Presley collaborated with many well-established artists and songwriters such as Carl Perkins, Don Robertson, Leon Payne, Ray Charles, and Howard Biggs. In no time, it became the first million-selling rock and roll album and is now considered to be one of the 500 greatest albums ever.

After noticing how successful the album is, many television and late-night shows became interested in asking the artist to appear. Elvis would promote his album on many popular shows such as NBC’s “Milton Berle Show” and “Steve Allen Show”, as well as “Hy Gardner Calling”, and CBS’s “Ed Sullivan Show”. With more than 60 million viewers tuning in for his guest appearance, Elvis broke the record of the most-watched television show segment. He also accumulated more than $50,000 just for that specific appearance.

Elvis is famous because he has triumphed in everything, whether it’s acting or singing. He was born on January 8, 1935, in Tupelo, Mississippi. He attended the East Tupelo Consolidated. At the age of 10, in October 1945, young Elvis was encouraged to enter a singing contest where he would perform the country song “Old Shep” by Red Foley. This would mark his very first public performance. In 1948, his family moved to Memphis, Tennessee, where he enrolled in the L.C. Humes High School. During his pre-teen years, Elvis gained more and more interest in music, despite receiving bad grades in music and being discouraged that he doesn’t have singing abilities.

When he was a teenager, Presley spent most of his time training music by ear. His main inspirations at that time were Hank Snow, Roy Accuff, Ted Dafan, Jimmie Davis, Ernest Tubb among others. In the summer of 1953, after he graduated from high school, he checked into Sun Records’ offices so he can record his first project. Elvis recorded a two-sided acetate disc which includes the songs “That’s When Your Heartaches Begin” and “My Happiness”, with the latter becoming his first official song. In July, he recorded a cover of the song “That’s All Right”, which was played on the “Red, Hot, and Blue” show by DJ Dewey Philips.

The main reason why Elvis Presley was so successful is that he didn’t just focus on music. At the peak of his career, he developed an interest in acting, and thanks to his popularity he easily obtained his first role. His film debut was in the 1956 film “Love Me Tender”, where he portrayed the character of Clint Reno. In 1957, Elvis starred in the musical dramas “Loving You” and “Jailhouse Jock”, while also releasing his third album “Elvis’ Christmas Album”.

Surprisingly, Elvis decided to take a break from both acting and singing and was drafted into the United States military service. After a two-year hiatus and being away from his home country, the actor-singer returned to the United States in 1960 and relaunched his career. The first movie that he starred in was “G.I. Blues”, which was followed by two studio albums. Throughout the 1960s, he would continue to star in various films and release some of his most commercially successful projects.

After a seven-year hiatus from doing live performances, Elvis returned with a television special titled “Elvis” that aired in 1968. The comeback special was so successful that it led to an extended concert in Las Vegas, which was soon followed by highly profitable nationwide tours. A few years later, with the release of “Aloha from Hawaii”, he made history once again by becoming the only solo artist whose concert was broadcasted around the world. In what was his final film, Elvis took part in the 1969 crime drama “Change of Habit”, where he played the protagonist, Dr. John Carpenter. In mid-July 1977, his twenty-fourth and final album, “Moody Blue” was released, just four weeks before he died.

Elvis Presley notably inspired others like singers Johnny Cash, Bo Diddley, Jerry Lee Lewis and Buddy Holly. John Lennon is quoted as saying, “Before Elvis, there was nothing.”

When it comes to being a superstar, Elvis Presley is truly one of a kind. This megastar quickly turned heads and took over the world with his stunning abilities to perform. Whether it’s pop, rock, country, acoustic, or rhythm and blues, the best-selling artist of all time has done it all. Elvis Presley was all about breaking records and making history. This leading figure has left an impact on the entertainment business forever and thanks to his worldwide success, his name will always be the epitome of the “American Dream”. 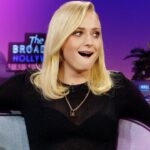 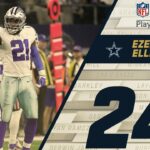