How much was Ed McMahon worth?

Who Is Ed McMahon

Best known as legendary talk show host Johnny Carson’s sidekick on The Tonight Show, Edward Leo Peter McMahon, Jr., was born March 6, 1923, in Detroit, Mich., and grew up in Lowell, Mass. A graduate of Boston College and The Catholic University of America, McMahon began his television career in Lowell at a small AM station. He’d later join WCAU in Philadelphia as, primarily, a game show host.

It was as a game show announcer that McMahon met Johnny Carson. Carson was the host, and the game show was Who Do You Trust?. The dynamic duo left the game show to take on The Tonight Show. And the rest, as they say, is history.

American announcer, game show host, comedian, actor, singer and combat aviator Ed McMahon had a net worth of -$2 million dollars at the time of his death, in 2009. From 1957 to 1962, McMahon worked with Johnny Carson in their first TV series, the ABC game show ‘Who Do You Trust?’

Ed McMahon suffered financial problems near the end of his life revealing to Larry King that he was not a millionaire and, in fact, was in $2 million dollars debt at the time of his death. It turns out that through poor financial investments, divorce and mismanagement, Ed owed $640,000 underwater on a $4.8 million mortgage as well as almost $1.5 million dollars more in other debts.

Throughout the years, McMahon made a larger name for himself as a pitchman and variety show host. For more than a decade, he was the host of Star Search, an ancestor to such shows as American Idol. He also starred alongside friend Dick Clark on the popular mid-80s to late-90s TV Bloopers and Practical Jokes. Did You Know? 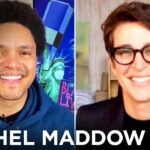