How much is Dizzy Dean worth?

American professional baseball pitcher Dizzy Dean had an inflation-adjusted net worth of $2 million dollars at the time of his death, in 1974. During his Major League Baseball career, Dean played for the St. Louis Cardinals, Chicago Cubs, and St. Louis Browns.

Given name was Jay Hanna Dean; hewas given his nickname by his sergeant in the army.

Was a broadcaster known for his malpropisms, taking on the persona of a country bumpkin. He called games for more than 20 years, and was a nominee for the Ford Frick Award in 2007.

The Dizzy Dean Museum is in Jackson, Miss. 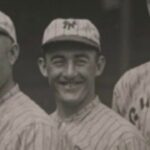