How much is Jason Aldean worth?

Who Is Jason Aldean

Jason Aldean is an American singer and songwriter. The well-known country music artist started singing in 1998 and ever since 2005, he has been signed to the Nashville-based label “Broken Bow Records”. Throughout the past 20+ years, the Grammy-nominated singer has released nine studio albums and 24 singles, 21 of which topped either the “Country Airplay” or “Hot Country Songs” music charts.

Among some of his many popular hits are “Amarillo Sky”, “Hicktown”, “She’s Country”, “Dirt Road Anthem”, and “Don’t You Want to Stay”. To further promote his work, since 2006, Jason Aldean has taken part in various tours as both a supporting artist and headliner. Besides receiving nominations for hundreds of different awards, he’s also the recipient of many, including an ACM Award, a Billboard Touring Award, and a few American Country and Teen Choice Awards.

American country music singer and songwriter Jason Aldean has a net worth of $80 million dollars, as of 2021. His 2010 album, My Kinda Party, is certified quadruple-platinum.

How Did Jason Aldean Get So Rich?

The country singer’s passion and devotion to the country music are two of the main reasons why he became so rich and popular. At the age of 21, after he was approached by the producer Michael Knox and offered a deal with Warner-Chappell, Jason moved to Nashville, Tennessee. He rejected a few offers from several record labels before signing a deal with “Broken Bow Records”. Soon, he began working on his debut studio project.

Aldean’s first song, “Hicktown” was released in March 2005. It became the lead single for his debut album, which was released a few months later, in July. The album was met with generally positive reviews and two months after its release, it was certified platinum by the RIAA. Following the momentum that he picked up, Jason Aldean released two more albums in the late 2000s – “Relentless” and “Wide Open”. Both albums were critically acclaimed and topped the US Billboard 200 chart before receiving platinum certifications by the RIAA.

Jason Aldean is known for his country, country rock, and R&B songs. The distinguished artist gained international fame thanks to his vocals and abilities to play guitar. He was born on February 28, 1977, in Macon, Georgia. During his childhood, he began listening to more country artists such as Alabama, George Strait, and Hank Williams Jr. Starting at the age of 14, Jason began watching country-music awards and decided to pursue his own music career.

During his teen years, encouraged by his mother, the aspiring artist had his first performance. He took part in the Macon VFW hall where he sang the classics “Seminole Wind” by John Anderson and “Sticks and Stones” by Tracy Lawrence. Shortly after he graduated from high school, thanks to his father, he and his “house band” received opportunities to perform in various festivals and clubs in the Southeast.

The success of Jason came in the 2010s when his career hit its peak. His first album of the decade, “My Kinda Party” was released in November 2010. As of now, it remains his only album to have sold more than 3 million copies in the United States, as well as his only project to receive 4 times platinum certifications. In 2012, after winning and receiving nominations for various awards, Jason Aldean finally received nominations for the prestigious Grammy Awards in three different categories, including “Best Country Album” for the aforementioned “My Kinda Party”.

Despite not having commercial success, his next six albums released throughout that decade continued to top multiple album charts, including the US Billboard 200, US Billboard Top Country Albums, and US Billboard Independent Albums. It was also during this decade that the artist became one of the best-selling country music artists in the United States, with his annual income in 2015 surpassing $43.5 million. Two years later, with an income of almost $33 million, he was ranked at number 7 in the Forbes magazine’s chart covering the highest-earning country musicians.

After getting rejected by multiple labels, Jason Aldean got his start in 2005 with his self-titled debut. Wide Open in 2009 was his breakthrough record, largely thanks to the John Deere love-letter “Big Green Tractor.”

With his fourth album, My Kinda Party, the country singer takes his career to the next level.

Straight-Up Country on the Rocks

From the first song, “Tattoos on This Town,” Jason Aldean shows his strengths. He’s a self-assured singer who doesn’t reach for the high notes like the Scott McCreerys of the world; but that suits him just fine. In fact, his straightforward delivery complements the album’s backcountry, small town imagery.

The instrumentals are just as strong, tending toward electric-guitar-driven arrangements. This distinguishes the tracks from sound-alike Nashville productions that can overwhelm good songwriting.

“Dirt Road Anthem” is the highlight of My Kinda Party. It was written by Brantley Gilbert and Colton Ford, who each recorded the song before Aldean got his hands on it. It’s got a rapped section that somehow doesn’t feel out of place; that might have something to do with lyrics that name-check George Jones, “dirt roads,” and “ice cold beer.”

So, yes, like some of his contemporaries, Aldean throws a swamp light on the country/city divide. But he doesn’t over-romanticize small-town living. In “Church Pew or Bar Stool,” Aldean sings about living in a community where life revolves around “Whiskey or the Bible / A shot glass or a revival.” This is flipped on the witty “Fly Over States,” in which Aldean pledges his love for noncoastal America. And the obvious party track “My Kinda Party” will please rye-swillers of any political or geographical denomination.

Best Songs on My Kinda Party

The second half of the album gets more emotional — with the overblown ballad “Don’t You Wanna Stay,” featuring Kelly Clarkson on the soft-loud-soft setup. The breezy road-trip of “Texas Was You” has my finesse; a man travels cross-country and remembers the Lone Star most fondly because of a certain female.

A play on “(We’re Not) The Jet Set,” “Country Boy’s World” offers another down-home view of geography as the singer woos a Jersey girl away from “Starbucks” and “wi-fi” with “fireflies” and “sweet tea.”

But life isn’t all Budweiser and roses. In “Heartache That Don’t Stop Hurting,” Aldean sings of a lovelorn man who after a breakup can’t stop “throwing punches in the wind.” If he’s not careful, he’ll head toward a fate similar to the character in George Jones’s sob-opera “He Stopped Loving Her Today.”

My Kinda Party shows that commercial country can be appealing without being appalling. Although the sameness of the arrangements can be get a little grating over the course of one listen, My Kinda Party’s songwriting will keep listeners tuned in — even if it lacks another of Aldean’s classic tractor songs.

Jason Aldean sticks to the formula on Night Train, his follow-up to 2010’s My Kinda Party. Those who flocked to his earlier chart-buster will find little to criticize in this studied new effort, even if it trails behind its predecessor in the songwriting department.

The small-town odes “Water Tower” and “This Nothin’ Town” revisit territory explored more shrewdly in “Fly Over States.” Growling guitars and bristly fretwork are Aldean signatures, and they animate the traveling tunes “Wheels Rollin'” and “Night Train.” But too often the songs are weighed down by arena-rock white noise and watery lyricism.

Cushioning the sharp edges are the requisite love songs — the high-octane “When She Says Baby” and anthemic “Talk.” The latter is one of the few songs that could compete with the best tracks on My Kinda Party.

Other highlights include the weird but wonderful “1994,” a country-rapper that gives a shouts out to ’90s mullet king Joe Diffie, and the posse cut “The Only Way I Know,” featuring Luke Bryan and Eric Church. Both tunes are close cousins to Aldean’s genre-defying “Dirt Road Anthem.”

Despite feeling like a retread, there are few true clunkers here (the less said about the maudlin stripper song “Black Tears” the better). Listeners willing to play the law of averages are encouraged to roll the dice.

When it comes to country music, James Aldean is certainly one of the most established names in that genre. Thanks to his strong vocals and abilities to play guitar, he was able to gain the attention of millions and even now, continues to produce new music. In a short time, he has released multiple number one songs and albums that peaked not only in the US charts but also in other countries from around the world. 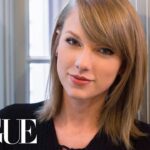 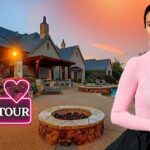