How much is Bethenny Frankel worth?

Bethenny grew up in New York. She is the daughter of renowned thoroughbred trainer Robert Frankel and Bernadette Burke. Her father, a horse trainer and her mother a homemaker, did not live in a happy home. Within a year, Frankel’s mother remarried. But that marriage was just as troubled. The TV star has said that her mother was regularly drawn to drink, and that she grew up around loud arguments with her stepfather.

Outside of her home life things were faring better. After graduating from New York University, Bethenny decided to follow her dreams of becoming an actress landed roles in small films before deciding to go to culinary school. After attending the National Gourmet Culinary Institute, she leaned on her entrepreneurial talent to found BethennyBakes, a health food company that specialized in gluten-free and vegan baked goods.

American reality television personality, entrepreneur, and author Bethenny Frankel has an estimated net worth of $75 million dollars, as of 2023.

In 2005, Frankel made her first transition into the reality television space joining the cast of Martha Stewart‘s The Apprentice: Martha Stewart, a spin-off of Donald Trump’s hit show. While the series only lasted for a single season and became more notorious for causing a feud between Stewart and Trump, Bethenny, who came in second place, used it as a launch pad for reality stardom.

Soon television audiences everywhere were falling in love with the natural foods chef and wannabe actress. She made an appearance on Bravo’s hit series The Real Housewives of New York City and thanks to her no-B.S. attitude won an audience there, as well. She had settled into the role of wife and mother but a camera is never too far behind her real life.

Frankel quickly developed a reputation for stirring up drama with her blunt attitude on The Real Housewives of New York. Being single on the show, audiences were enthralled in the third season, when Bethenny met Jason Hoppy, a pharmaceutical sales rep and real estate broker. They soon announced that she they engaged and Bethenny had become pregnant. Her own show followed, Bethenny Getting Married?, which captured the months leading up to her March 28, 2010 wedding, and the birth of her daughter, Bryn Casey.

The spinoff became one of the network’s most successful, debuting with the highest ratings in Bravo’s history.

Bethenny is also an author as well as tv personality, chef, wife and mother. Capitalizing on one of the most profitable markets, she has released several dieting and fitness books, even started a brand called SkinnyGirl that produces low-calorie margaritas. While it seemed like a passing fad at first, she sold the company for $100 million to Beam Global in 2001. 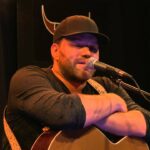