How much is Kourtney Kardashian worth?

Kourtney Kardashian is a social media personality and reality TV star. She is one of four siblings belonging to Robert and Kris(Kardashian)Jenner. Her father is perhaps best known as friend and legal counsel to O.J. Simpson, who was famously brought to trial for the deaths of his ex-wife Nicole and Ronald Goldman. At 43, Kourtney is the oldest of her siblings: Sister Kim is 42, sister Khloe is 38, while brother Rob is the youngest at age 35. Together, they comprise the dynasty of the Kardashian family and fortune, along with mother Kris, Robert having died in 2003. Side note: two half siblings, Kylie and Kendall Jenner, round out the immediate family, Kylie and Kendall are the offspring of Kris’s subsequent marriage to former Olympic star Bruce Jenner, now known as Caitlyn Jenner. For the purposes of this article, we will limit ourselves to the children of Robert and Kris.

American media personality and socialite Kourtney Kardashian has an estimated net worth of $50 million dollars, as of 2023. Kourtney is paid a reported $300,000 per sponsored post on her social media.

Along with her family, Kourtney came to prominence with the massive hit reality show Keeping Up with the Kardashians, which started production in 2007 on the E! Entertainment Television Network and concluded in 2021. The family then did something of a reboot/spinoff of the same theme, resulting in a Hulu production of The Kardashians,.The new show debuted in April of 2022. During the production of Keeping Up.., Kourtney’s estimated salary for her work was approximately $4-8 million per season.

The worth of the Kardashian family is not only mind boggling, but also not the easiest to sort out. This is mainly due to all the family entanglements and different marriages, etc. Each member has branched out from the success of the reality show, delving into such avenues as modeling, social media, cosmetics, fashion, and the list goes on. In terms of modern marketing and brand value, it’s hard to think of a better example of a group of people who have parlayed their brand into so many successful business ventures. A look at any one business in the conglomerate the family has become a case study all its own. It’s clear to recognize the old adage that “having money to make money” is an accurate way of describing the family fortune.

As previously mentioned, Kourtney’s initial success stemmed from the family reality show. She had previously dipped her toe into the reality genre, as she was cast in a forerunning pilot called Filthy Rich: Cattle Drive in 2005. The show featured children of celebrities assembled to work on a cattle ranch in Colorado. While it lasted only 8 episodes, the show sparked the interest of E! into developing what would become Keeping Up with the Kardashians.

Kourtney’s individual net worth is reported to be anywhere from $35 million to $80 million, depending on the source. In addition to her wealth and fame via the TV show, she has cast her lot in clothing and boutiques, opening several with various family members. In 2018, she partnered with her sister Khloe in releasing her own makeup line. A year later, she created her own “virtual wellness” website in an effort to share with fans her tips and secrets of finding ways to improve their lives. She named it Poosh. Previously, in 2010, she and her sisters unveiled a collection of jewelry that paid homage to their Armenian ancestry. Around that same time, she and her sister Kim starred in another reality series called Kourtney and Kim Take Miami. The show included her partner at the time, fellow media star Scott Disick.

Each Kardashian in their own way has been very astute and taken great care to allow their money and fame to propel them into new businesses and different fields. Kourtney is no exception. We often hear stories of people who came into wealth, whether by hard work or good fortune, and somehow end up in unenviable financial straits. The Kardashians fall into the opposite category. Like her sisters and mom, Kourtney has maintained a prominent presence on social media. In marketing her many endeavors, Kourtney has used the medium-Twitter, Tik Tok, Instagram- to maximize both her own exposure and the profile of her products.

Some people are born with innate business sense. In this day and age, brand recognition and marketing have never been so important as a tool to advance your product. In this way, Kourtney herself is practically a walking billboard, in that wherever she might appear, not only is she forwarding her product, she is also serving as public relations spokesperson for her brand itself. There are many schools of thought when it comes to creating a brand and online profile. Some would say the idea of promoting yourself on social media is inauthentic and shallow. While this may or may not be true, or simply true to a certain degree, there’s no denying that Kourtney and her family have become masters at self-promotion. There’s an old cliche that making your first million is the most difficult. But in fairness, it takes a highly motivated outlook and a working knowledge of trends and opportunities to grow your first million exponentially. Keeping Up with the Kardashians was the vehicle to initial fame and fortune, but along with that came laser focus and understanding the importance of continually amending goals and adapting to the ever shifting world of business.

Kourtney Kardashian is the eldest child and stakeholder in one of the most famous and elite family empires ever known to humankind. A benefactor of a highly successful show in the reality genre, she has managed to utilize those gains and explore other business opportunities like few others have. It’s probably more accurate to say that, along with her family members, she found a way to become a business empire in her own right, separate from the family at large. She has used social media to become a part of the lives of millions of Americans and millions around the globe. That first million may be difficult, but it’s most definitely a rare breed that can meticulously convert that first million into that first billion. 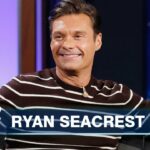