How much is Ashton Kutcher worth?

Born on February 7, 1978, in Cedar Rapids, Iowa U.S, Christopher Ashton Kutcher is an American entrepreneur, producer, and actor. Kutcher is of German, Irish, and Czech descent. His father Larry M. Kutcher was a factory worker and his mother Diane a worker at Procter and Gamble. He is one of three children, he has one brother and one sister. His fraternal twin Michael has cerebral palsy and he works for the advocacy organization Reaching for the Stars as a spokesperson. Growing up Kutcher always repressed his feelings due to his brother’s cardiomyopathy, he feared coming back home to more bad news.

During his freshman year, Ashton Kutcher attended Washington High School situated in Cedar Rapids. He later on transferred to Clear Creek Amana High School after his family relocated to Homestead, Iowa. His passion for acting started while he was in high school and he participated in school plays. He was charged with third-degree burglary while in high school, after him and his cousin attempted to steal money by breaking into the school. He got sentenced to 180 hours of community service and also got three years of probation. This led him to lose the scholarships he had anticipated. His girlfriend also ended up being excluded from his community and school.

Ashton Kutcher majored in biochemical engineering after joining the University of Iowa in 1996. His motivation was to be able to cure his brother’s diseases. During his time there he always partied hard and even got kicked out of his apartment for being too noisy at one point. Kutcher took up a summer job at General Mills and even sold his blood plasma in order to be able to pay tuition fees. He joined a modeling competition called “Fresh Faces of Iowa” while still at the university winning first place. The prize was a trip to the International Modeling and Talent Association in New York. He moved to Los Angeles later on, where he pursued his acting career.

After his divorce from Demi Moore, Ashton married Mila Kunis in 2015. She was his co-star on the sitcom “That ’70s Show.” They both got engaged in February and Kunis gave birth to their daughter Wyatt Isabelle Kutcher in October of 2014. Later on in November 2016 after they got married in July 2015, Mila Kunis gave birth to her next child, their son Dimitri Portwood Kutcher. Kutcher practices his Catholic faith, he even traveled to Israel to study Kabbalah.

How did Ashton Kutcher get so rich?

Ashton Kutcher is not only a model, producer and actor he’s also an entrepreneur. He has amassed a net worth of over $200 million and it doesn’t look like he’s slowing down. Kutcher’s wealth has spanned TV sitcoms, runways and feature films. He’s a venture capitalist and the co-founder of A-Grade Investments, which is a venture capital firm. Kutcher has invested in over 60 companies including popular ones like Skype, Shazam, SoundCloud, ResearchGate, Spotify, Airbnb, and Kopari Beauty. From working together with his team, Ashton Kutcher managed to build $250 million in assets from an investment of only $30 million dollars.

In his acting career he has earned the most from Two and a Half Men, earning $800,000 per episode. This made him at one point the highest-paid actor at the time. He received around $20 million dollars per season. Another investment he has made is in an Italian restaurant in Los Angeles together with Wilmer Valderrama and Danny Masterson. Another way Ashton Kutcher has earned his wealth is through real estate, he has successfully made investments together with his wife Mila Kunis.

Ashton Kutcher has appeared in a number of films since beginning his career. From which he has received a number of nominations and awards. He has been nominated for the Teen Choice Awards, Young Artist Award, Kids Choice Awards, People’s Choice Awards, Golden Raspberry Awards and MTV Movie Awards. Kutcher has also done a lot of romantic comedies that won him recognition and fame among a wide cross section of America and the world.

His first acting role was in the sitcom “That ’70s Show” as Michael Kelso, he starred in it from 1998 to 2006. Kutcher went on with his career and got into his first film in 1999, he featured in “Coming Soon,” which was a romantic comedy. He had his career breakthrough in 2000 when he starred in the box office hit “Dude Where’s My Car?” Other films he featured in that same year were “My Boss’s Daughter” and “Just Married.”

Later on; in 2003, Ashton Kutcher created “Punk’d” a television series he also produced. In Punk’d Kutcher would play pranks on celebrities and records their reactions on hidden cameras, like he famously did to Justin Timberlake making it appear that his assets were being seized. The show was a hit and it continued to increase his fame, Kutcher hosted the larger part of the ten seasons series.

Romantic comedies became his specialty and he continued to star in a number of them including “What Happens in Vegas,” “Guess Who,” “No Strings Attached,” and “A Lot Like Love.” He also got to star in a few lead roles including in “The Butterfly Effect” in 2004, which was a psychological thriller. He also starred in the film “Jobs,” a biography film in which he had the role of Steve Jobs. From the year 2011 to 2015, Ashton Kutcher appeared in the sitcom “Two and a Half Men” he portrayed Walden Schmidt. Other popular films he starred in include “The Ranch” a Netflix series where he played Colt Bennett.

Ashton Kutcher’s great acting skills introduced him into the entertainment industry at a young age. He followed suit with other comedy films that made him become well-known. His acting career also earned him millions especially his role in “Two and a Half Men”. He also produced his own prank show “Punk’d,” which he hosted for ten seasons.

He is a smart investor and has invested in several tech startups. He invested early in some of the biggest companies currently like Uber, SoundCloud, and Airbnb among others. Some reports say Kutcher has invested as much $3 billion of combined investment capital in the startups. Ashton Kutcher tends to invest in startups that are able to assist individuals in their day to day lives. Things he can relate to and imagine using, like Airbnb for booking a place to stay.

We calculate Ashton Kutcher is worth $200 million dollars in 2020.

Ashton Kutcher has shown success both in the entertainment industry and in entrepreneurship. He has invested in various ventures that have brought him back millions of dollars. He is a family man and practices his Catholic religion. Kutcher has built a great net worth, and with his business skills, it will still continue to increase in the many years to come. 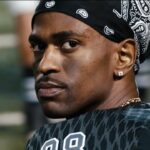 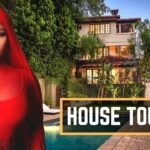