How much is Mila Kunis worth?

She was the adorably annoying Jackie on That ’70s Show before she became the bohemian beach babe in Forgetting Sarah Marshall. But she traded in her bell bottom jeans and lei for a career changing role in Black Swan.

Who Is Mila Kunis

This raven-haired USSR import proves that you don’t have to be American to play the part of one of middle America’s most well known teens. She conquered the language, she conquered a child star’s heart and now she’s conquering the rest of Hollywood.

Mila Kunis is an actor who hit the big time when she was just 15 years old, as she landed two major roles that would go on to last the better part of a decade. She dominated television at such a young age and held her own against aged actors Kurtwood Smith and Debra Jo Rupp, who are decades older than Kunis. It wasn’t until later in to her career that she would become a movie-star and a household name in the romantic comedy genre.

Born in Kiev, the Ukrainian beauty who is known for her piercing eyes (one green, one brown) moved in 1991 when she was eight years old after her family won a lottery system for Ukrainian citizens looking to move to the United States. The Kunis family, including Mila’s older brother Michael, was in for a full plate of culture shock when they landed in Los Angeles, California.

In an attempt to integrate herself into the California landscape, Mila began taking acting lessons when she was nine. With an exotic look, she quickly landed a manager and more than a few commercial gigs and campaigns—Glitter Hair Barbie, Payless Shoes and Guess Jeans. But it was her walk-on roles in hits like 7th Heaven and Days of our Lives that began to circulate the brunette beauty’s face around the Hollywood circuit.

In 1998, her small role resume paid off when she was cast in the TV series That ‘70s Show as the uptight, feisty girl next door—or rather down the block and around the corner. But more impressive than the down-to-earth actress’s ability to play the spoiled, controlling Jackie was her mastery of the English language (sans accent) and slang only a few years after immigrating.

And with one hit under her belt, Mila added another when she scored the role as Meg Griffin’s voice on the animated TV comedy Family Guy. A few years later, Mila switched gears while still maintaining her TV gigs to the silver screen. She starred in a variety of flicks including American Psycho 2 (2002), After Sex (2007) and Forgetting Sarah Marshall (2008).

Her name skyrocketing to Hollywood ‘it’ girl status, in 2002 her relationship status did the same when she started dating child actor Macaulay Culkin. The pair kept their personal life out of the tabloids throughout their eight-year courtship, and quietly split in the end of 2010.

But switching from the early-teen-targeted circuit to more challenging roles, in 2010 Mila starred opposite Denzel Washington in The Book of Eli—a thriller in which a man must protect the last remaining copy of the bible. Then in December of 2010, Mila starred alongside Natalie Portman in the psychological ballet thriller (which includes a steamy scene between off-screen friends Mila and Natalie), Black Swan, which had more than a few critics nodding with Oscar buzz for the young starlet. Although, in the end, the academy showed Mila no love for her transformation in the dancing flick.

No stranger to Maxim’s Hot 100 list, and for good reason, with Mila’s acting chops beginning to take major leaps we have no doubt that she’s the next big thing.

How did Mila Kunis get so rich?

When an actor plays a role on television for so long, they begin to have leverage after a few years. It happened famously with the Friends cast when they were making one million dollars per episode in the final season. This is no different with Mila Kunis, and not only was she in one successful television series, but two. The actor makes an enormous $225,000 per episode of Family Guy for voicing Meg, a job she has now had for over 20 years, making Meg one of TV’s longest running characters. It is reported that Kunis received $100,000 per episode of That 70s Show, however, it is very likely it was a lot more than that in the later seasons.

Unlike her husband, Ashton Kutcher, the live-action TV starring phase of her life is behind her, and unlike every other actor on earth, she doesn’t have any interest in starring in superhero movies. However, she has still found success in a more modern movie franchise. Bad Moms was released in 2016, and a Christmas themed sequel quickly followed the next year. Both movies were highly successful after their mid budgets, of $20-28 million per movie, which would be considered low today. The actor would have made more than just her acting salary too as she served as an executive producer on the original. She has served as an executive producer for other projects too, which means she would see profit on the back-end as well.

With a talent and vast experience in voice acting, Kunis has also lent her voice to Saints Row, an open world video-game, as well as the Family Guy tie-in game. And her animated voice work doesn’t end with Family Guy, she has voiced various roles in Robot Chicken, Wonder Park, and Word World.

At age 15, Mila Kunis was cast as in one of the main roles of an ensemble cast in That 70s Show, a sitcom that ran for a full eight years. Set over 20 years before the series was created, Kunis gained attention from audiences when she tapped in to the emotions of a 70’s teenager so well. It was on this show where she met her future husband and also television sitcom royalty, Ashton Kutcher. Not long after being cast in the sitcom, Kunis would also be headhunted by Seth McFarlane himself, writer, actor, and producer of Family Guy. Kunis was cast Meg Griffin, the outcast and scapegoat of the series, and it is a role she continues to play to this day.

She didn’t transition in to a movie star straight away, as her first starring role was in a direct-to-DVD sequel to American Psycho, a movie that shouldn’t have had a sequel in the first place. When she was working on the critically panned film, it had a different title and Kunis had no idea it was going to be connected to the now classic Bret Easton Ellis adaptation. The original screenplay was completely unrelated to the highly acclaimed American Psycho, but after the movie was so successful at the box-office, American Psycho 2 was re-edited in to a sequel so it could appeal to fans of that movie, and become more profitable. This is something that Kunis has disapproved of and she is admittedly embarrassed of the movie.

But it soon picked up for her, as Kunis would go on to surprise critics for her stand out roles in Forgetting Sarah Marshall with Jason Segel, and Extract, a movie by celebrated comedy director Mike Judge. She continued this success with two smash hits in 2010, The Book of Eli and Black Swan. In the former, she starred alongside Denzel Washington, and the latter with Natalie Portman, two acting heavyweights, and Mila Kunis held her own against the both of them. Kunis was even nominated for multiple awards for her role in Black Swan, including being nominated for Golden Globe and winning a Saturn award for Best Supporting Actress.

The peak of Mila Kunis’ success was in the early 2010s. After acting in several successful action movies and rom-coms, she landed a leading role in Ted in 2012. The movie, which is about a talking teddy bear with dirty habits, made over $550 million, which is unheard of for R-rated comedies. She then starred in romcom Friends with Benefits in 2011 with co-star Justin Timberlake, with just a $35 million budget and an $150 million gross, the movie was an epic success. The year after, she starred in Oz: The Great and Powerful as The Wicked Witch of the West, which came close to reaching the half a billion landmark at the box office.

Mila Kunis has a great working relationship with writer and director of Family Guy, Seth McFarlane, as, not only do they work together for the series, but he cast her in a leading role in one of the modern classic comedies, Ted, and he even referenced her in his follow up movie, A Million Ways To Die In The West. She also has a close relationship with Seth Green, as they worked together in That 70s Show, Family Guy, and he has cast her in different roles in his series, Robot Chicken.

There seems to be a pattern of Kunis earning roles based on the director or producer being impressed by her acting in the previous role, like a domino affect. According to Black Swan director, Darren Aronofsky, he decided to cast her based on her performance in Forgetting Sarah Marshall. And Seth McFarlane reportedly cast her in Family Guy based on her role in That 70s Show.

Kunis is also extremely dedicated. For Black Swan she only ate 1200 calories a day and took ballet classes four hours a day, seven days a week in order to transform into Natalie Portman’s ballet dancing nemesis.

We calculate Mila Kunis is worth $80 million dollars in 2020.

Mila Kunis has an estimated net worth of $80 million, but with her husband, Ashton Kutcher, they are worth a combined $280 million. That’s more than a quarter of a billion, and thanks to her dedication and hard work, she was probably close to a fortune before she was even 20. Kunis has a couple more films in production for 2020, and there is no doubt she will continue to star in romantic comedies because, despite this huge career under her belt, she is only 36! 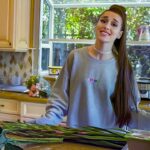 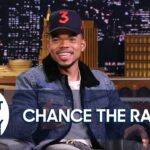