How much is Ashley Tisdale worth?

Who Is Ashley Tisdale

She’s grown up a Disney darling on The Suite Life of Zach & Cody and High School Musical, then she steaming up the screen on the series, Hellcats. Followed by Young and Hungry until 2018.

She’s managed to break the Vanessa-Lindsay-Britney Disney curse and create the kind of buzz that doesn’t involve constantly being buzzed. Ashley Tisdale has the dancing, singing, acting trifecta down pat and we can only foresee things going uphill from here for this admittedly shy yet outstanding performer.

We calculate Ashley Tisdale has a net worth of about $10 million dollars, as of 2021.

You know you’ve got the “it” factor when you’re being approached by talent scouts at the age of three. And that’s exactly how Ashley got her start. Discovered at a New Jersey shopping mall, Tisdale was signed to a talent agency and began shooting commercials for the likes of JC Penny, Toys R Us and T-Mobile which opened up the door for her to land more than 100 commercial spots before she could even drive.

With a budding career Ashley moved with her family to California where she began to secure guest starring roles on TV shows like 7th Heaven, Beverly Hills 90210 and Boston Public and a small part in the 2001 film Donnie Darko. But the big break that would put her in the living room of every American kid came when she was cast in the Disney channel series, The Suite Life of Zack & Cody.

As Maddie, a shop girl and babysitter, Ashley’s popularity was a major driving force behind her casting in the 2006 Disney musical High School Musical alongside Zac Efron and Vanessa Hudgens. In the series of song and dance heavy movies, Ashley played the antagonist snob who wasn’t happy unless she was front and center in every school production. The original film became Disney’s most successful original television release and soon the cast embarked on a 40-city musical tour. But Ashley’s singing chops in the movie made more than just a splash on the Disney channel, two of her songs debuted in the same week on the Billboard Hot 100—the first time ever for a female performer.

Already at home on the Billboard charts, it was about time that Ashley take her singing off screen and into the studio. Ashley’s debut album, Headstrong, was released in February of 2007 and debuted at number five on the Billboard charts. From there, Ashley went on to reprise her role in two sequels of the High School Musical series, including the third movie, which received a theatrical release.

But with growing fame came the thorn of tabloid scrutiny. In 2007, Ashley began to stir up media attention for her romantic relationship with a backup dancer from the High School Musical tour, Jared Murillo. Ashley also underwent plastic surgery, dramatically changing the appearance of her nose. She explained in interviews that the surgery was not to improve her looks but to help alleviate the pain of a deviated septum.

But two years later, after a break-up with boyfriend, Jared, Ashley’s new album, Guilty Pleasure, said she was back and ready to play the Hollywood game. And with a new image and a new, more mature album came a new beau. In 2009, Ashley began dating music video director, Scott Speer.

In the fall of 2010, Ashley landed a new gig, starring in the CW’s Hellcats. Although her role as the straight-laced cheerleader on a college squad isn’t a dramatic departure from her Disney roots, Ashley’s character does find herself in her fair share of lip-locking sessions on the show. But the young star isn’t straying from her good-girl beginnings—she’s headed back to Disney to star in the High School Musical spin-off, Sharpay’s Fabulous Adventure due out next spring.

Defining Quote “I know I come off like a very outgoing person, and yeah, I’m outgoing, but there’s also a part of me that still likes to be in my little shell sometimes.” 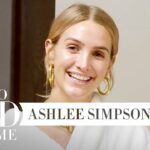 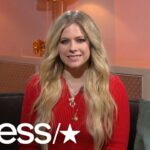