How much is Anna Kournikova worth?

Who Is Anna Kournikova

Anna Kournikova was born June 7, 1981 in Moscow, Russia. Anna picked up her first tennis racquet at the age of five, and three years later began appearing in junior tournaments. Tennis scouts watched Anna closely, and by the age of ten she had signed a management deal to train at Nick Bolletierri’s tennis academy in Florida.

Russian former professional tennis player and American television personality Anna Kournikova has a net worth of $50 million dollars, as of 2021.

At 14, Anna was the youngest player ever to win a Fed Cup match and the 18 and under division at the Junior Orange Bowl. It was at this age that she won the European Championships and Italian Open Juniors and was crowned the ITF World Champion.

Anna turned pro in 1995 and within two years she had won two ITF singles tournaments, reached the fourth round at the U.S. Open and received the Sanex Women’s Tennis Association (WTA) Tour Most Impressive Newcomer Award.

Anna’s beauty often outshone her performance on the court. She began modeling at the age of 15 and has been featured in numerous magazines, most notably the 2004 Sports Illustrated Swimsuit Issue. She was named one of People’s 50 Most Beautiful People in 1998, 2000, 2002, and 2003.

Kournikova has not played on the WTA Tour since 2003 but she still plays exhibition matches for charitable causes. She also participates in the World Team Tennis league, co-founded by tennis legend, Billie Jean.

In 2009, Anna starred in a fitness video produced by Cartoon Network made exclusively for Boys & Girls Clubs members. Anna is also a supporter of PSI (Population Services International), a Washington, D.C. nonprofit, and the USO.

Anna has been linked romantically to singer Enrique Iglesias. Rumors of a secret marriage started soon after the couple started dating in 2001 but have never been confirmed.

The semi-retired tennis pro lives in Florida but said on her website in April 2009 that she has not naturalized to become a U.S. citizen. 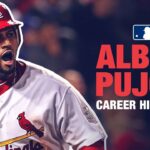 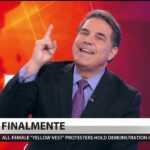