How much is Zac Efron worth?

You’ve seen him singing and dancing his way through High School Musical and into every teenage girl’s heart. But before he was a Disney musical star, Zac Efron was a child actor struggling to carve out a place for himself amongst the Hollywood ranks. Once he did, he did it with a bang, and now he’s a leading man on the silver screen and in every teenage girl’s fantasies.

Zac launched himself for the first time into the world of acting when he was just eleven years old in a production of Gypsy. This was a consequence of his parents’ decision to pay for him to attend piano, singing and acting lessons as his teacher motivated him to audition for theatrical roles at the Pacific Conservatory of the Perfoming Arts.

American actor and singer Zac Efron has an estimated net worth of $20 million dollars, as of 2022. Efron’s breakout role was as Troy Bolton, in the High School Musical trilogy.

Even though he had just a small part in Gypsy, it was this production that took his passion for acting up a notch. This in turn motivated him to continue acting in some other local performances, from whuch he was able to sign a contract with a talent agent; possibly helped by his gorgeous boyish good looks.

After appearing on different stages, he was finally able to earn a role on television in the series Firefly (2002). Next, he had a chance to participate in different productions such as CSI:Miami, The Guardian, and Summerland. But, it was in Triple Play and The Big Wide World of Carl Laemke (2003) that he had the opportunity to star. All of these events occurred while he was attending Arroyo Grande High School as he just graduated in 2006.

Although by that time he had been at many productions and they all helped him build on his experience, it was actually High School Musical (2006) which took him to fame. First thought as a movie made-for-television, this low-budget film reached an incredible rating and it was also had a best-selling soundtrack. Consequently, High School Musical 2 (2007) had more than 17 million viewers which made it the most-watched film in cable television in 2007.

Right after this amazing success, Zac Efron received many offers but he rejected some of them to focus on his studies at the University of Southern California. Moreover, High School Musical led him to a beautiful relationship with the actress Vanessa Hudgens.

His first known role as Troy in High School Musical led him to earning an estimated $100,000. However, after the third movie, he had made an estimated $3 million and soon after making his first appearance on Forbes’ Celebrity 100 for making almost $6 million in just two years (2007-2008). Then, in 2009, he had a role in 17 Again that brought him even more fortune increasing his earnings to an estimated $10 million.

This role was a transition for Efron as he didn’t want to stereotype his image and roles seeking to diversify and refusing to be typecast. This was finally achieved in 2012 in The Lucky One by portraying a soldier in search of a woman.

Apart from the money itself we should not ignore his great house. It is located in Hollywood Hills and he bought it for an estimated $3.9 million dollars which is far more expensive than his previous one, which he sold for an estimated $2.8 million. Both houses are separated by no more than 5 miles.

The new one is a more than 5000 square feet house featuring an incredible backyard and an amazing outdoor pool.

On the other hand, the actor has also invested part of his earnings in a stunning collection of cars. This collection includes an Audi S5, an Audi S6 and an Audi S8, a collection he continues to add to. It doesn’t compare to Jay Leno or anything, but it’s a nice start.

His parents should undoubtedly be proud of having trusted their son’s talent and for having paid for singing and acting lessons. Being as young as he is in his early 30s, Zac has done so many different roles that it is his universality which makes him so talented and famous. Since he started as the typical handsome boy in teen movies, he has changed his way several times into diverse roles such as the soldier in The Lucky One, the crazy friend in That Awkward Moment, the kind brother in Charlie St. Cloud and many many more.

It is this unpredictable way of acting, this very open mind and free-choice which has made him become one of the greatest young actors of today.

Just as he said once in an interview, he was afraid of being typecast but actually, it was this “fear” that motivated him to try new roles outside of his comfort zone. He also said in 2009 “I think the hardest thing about being young and in the business is that a lot of opportunities present themselves and there’s no road map”.

Many people actually say that Efron has not achieved his climax as an actor, yet starring side by side with Dwayne Johnson in Baywatch (2017), just imagine what else he will be capable of doing. If there’s no road map, then perhaps sky’s the limit for still young Efron as he traverses the world of Hollywood and beyond.

There are many reasons why Zac Efron is a successful actor that has grown a lot since his bbig reak. In his still short 20 year career he has changed both his mind and his body, completely reinventing his look for his role in Baywatch (2012). Starting out as a skinny boyish character he has morphed into a man and matured his acting style as well.

Also, it should be said that his fortune came from his good decisions and his persistence. It was when he decided to try new things that his fortune started to increase the most, just as in his first non Disney role in The Lucky One. This not only showcased his diversity in roles yet opened him up to new opportunities by having a greater pool of people in his network to find great roles from.

No one knows how rich he will be but what we know is still in his early thirties, he already has $20 million dollars under his belt, and will likely continue to earn more as he develops as an actor and earns new roles. 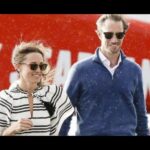 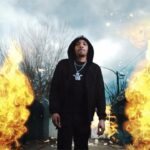