How much is Anne Hathaway worth?

She got her start as reluctant royalty in Disney’s The Princess Diaries before graduating to more mature and racier roles in Brokeback Mountain, Rachel Getting Married and as ‘Catwoman’ in The Dark Knight Rises.

Who Is Anne Hathaway

Anne Hathaway started her career as a teenage princess with a shiny good-girl reputation, but she’s certainly shed her tiara and proven to be capable of much more. After several years of starring in well-respected roles, Hathaway has shown that she’s a talented actress and has gained the respect of critics and fans alike. And while her image is no longer that of a Disney princess, Hathaway has never been seen as a bad role model. In fact, we may still be able to call her Hollywood royalty.

We calculate Anne Hathaway has a net worth of about $50 million dollars, as of 2021.

Anne Jacqueline Hathaway was born in Brooklyn, New York to an actress mother who served as her inspiration. She was raised a strict Catholic, with very strong conservative values and beliefs. After a childhood of performing on stage in various plays, Hathaway made the transition into film.

Her breakout performance was as Mia Thermopolis in Disney’s hit The Princess Diaries, a film that made the doe-eyed Hathaway a role model for little girls and their moms alike. The film’s success landed her a few more family-friendly princess roles in Ella Enchanted and The Princess Diaries 2.

However, as most young actors and actresses tend to do, Hathaway wanted to get away from her good-girl image. In fact, she went in exactly the opposite direction when, in 2005, she landed a dramatic roles in Havoc, where she had several racy nude scenes. That same year, she bared it all again in Brokeback Mountain, playing a gay cowboy’s wife. In 2006, she starred in yet another praiseworthy role in The Devil Wears Prada alongside her idol Meryl Streep. She appeared on People magazine’s 1996 50 Most Beautiful People list for the first time.

It wasn’t until 2008 that Hathaway began to receive the widespread critical acclaim that she deserved—her role in Rachel Getting Married got her nominations for a Golden Globe and for Best Actress at the Academy Awards. She went on to do popular films like Tim Burton’s Alice in Wonderland with Johnny Depp and Valentine’s Day with Jennifer Garner, and interestingly, also Taylor Swift.

Sticking To Her Guns

Hathaway stands out from other actresses because she isn’t afraid to stick to her beliefs and stand up for what she thinks is right. Despite being raised as a strict Catholic, at age 15 Hathaway denounced the religion when she found out her brother was gay. She decided she could not be part of a religion that rejected the person that her brother was.

And although Hathaway was originally cast in the highly successful comedy Knocked Up, she dropped out because she refused to be a part of the birthing scene, in which directors used footage of a real birth. Hathaway felt producers were going too far, so she shot down the role and was later replaced by Katherine Heigl.

While Hathaway had been doing a pretty good job of keeping her personal and romantic life under wraps, there was no way she could have hid the scandal of ex-boyfriend Raffaello Follieri. In 2008, the real estate developer was arrested for fraud and cheating people out of millions of dollars. She broke up with him immediately. In 2010, she had a serious case of déjà vu when her current boyfriend, Adam Shulman, was accused of stealing part of a mural.

Despite her risqué career decisions, Anne manages to stay endeared to the public thanks to her down-to-earth attitude and her sense of humor. Her boyfriends, on the other hand, not so much.

Defining Quote “I’ve always believed in people’s capacity for goodness. I still believe that people are good. What I’m not so trusting about anymore is their relationship to their own goodness.” 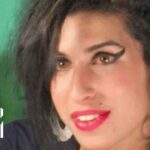