In less than a year, Tabano left, replaced by Brad Whitford, another veteran of the local Beantown band scene. This lineup remained intact until Perry quit in 1979 and Whitford left in 1981.

American singer, songwriter, musician, actor, and former television personality. He is best known as the lead singer of the Boston-based rock band Aerosmith, in which he also plays the harmonica, piano, and percussion.

American musician and songwriter who is best known as the founding member, lead guitarist, backing and occasional lead vocalist of the American rock band Aerosmith.

Joseph Michael Kramer is an American drummer and is the drummer for the hard rock band Aerosmith.

American musician, best known as the bassist for the hard rock band Aerosmith. He has regularly co-written songs for Aerosmith, including two of the band’s biggest hits: “Sweet Emotion” and “Janie’s Got a Gun”.

American musician who is best known for serving as the rhythm and co-lead guitarist for the hard rock band Aerosmith.

Early on, the band faced two major obstacles. Drug use and personality clashes resulted in Whitford and Perry leaving. Aerosmith also had to overcome the initial impression that they were nothing more than American imitators of the Rolling Stones. Both bands had strong blues roots, used two guitars, and it didn’t help that Tyler looked a lot like Mick Jagger.

The drug problems and personal differences have never entirely left, but it didn’t take long for Aerosmith to establish their own identity, and to ultimately become one of the the most successful rock bands ever, with worldwide album sales exceeding 150-million.

Their first two albums, Aerosmith (1973) and Get Your Wings (1974) got a lukewarm reception. They broke through with 1975’s Toys in the Attic, to this day their bestselling album in the US. Rocks (1976) and Draw the Line (1977) continued the multi-Platinum sales success.

The wheels started to come off the tracks when, during the sessions for 1979’s Night in the Ruts Perry abruptly quit after the latest in a series of fights with his bandmates. Several guitarists were called on to finish Perry’s parts, one of whom, Jimmy Crespo, ultimately replaced him. The album was well received by critics, but quickly dropped off the charts.

In 1981, while they were recording Rock in a Hard Place Whitford quit after laying down one track, replaced by Rick Dufay. When the album was released in 1982, the reviews were largely negative and the sales tepid.

Perry and Whitford returned in 1984 but the highly touted “reunion” album, Done With Mirrors didn’t fare any better than the previous one. It took all of the band going through drug rehab, and reaching out to songwriters outside the band, for Aerosmith’s real comeback with Permanent Vacation in 1987, their best selling album since Toys in the Attic. Their next five albums — Pump in 1989, Get a Grip in 1993, Nine Lives in 1997, Just Push Play in 2001 and Honkin’ on Bobo in 2004 — made it to the Top 5 on the Billboard 200 chart. Their tours (of which there have been more than two dozen since 1973) have seen similar success

Aerosmith in the 21st Century

The band marked the new millennium by playing the halftime show at Super Bowl XXXV in 2001, but by the end of the first decade of the 2000s, their future was once again uncertain.

In-fighting and drug problems continued, with the addition of injuries and health issues. Tyler was treated for hepatitis and had surgery for vocal cord damage. Hamilton was treated for throat cancer. Whitford was sidelined for a while with a head injury, and Tyler (still in and out of drug rehab) was twice hospitalized after being injured during performances.

By the end of 2009, Tyler appeared intent on going solo, releasing an autobiography and a new single, and becoming a judge on American Idol. At one point, the band went so far as to announce they were searching for a replacement, but ultimately Aerosmith (Tyler included) went back on tour in 2010.

Essential album: Toys in the Attic

Devil’s Got A New Disguise: The Very Best Of Aerosmith

There are two things that make Devil’s Got A New Disguise: The Very Best of Aerosmith different from the other half dozen or so Aerosmith compilations that preceded it.

For starters, there are two new songs. “Sedona Sunrise” is an almost-country almost-ballad that suggests perhaps the band is looking for a way back to radio airplay. “Devil’s Got a New Disguise” is the Aerosmith we know and love: guitar-driven hard rock with suggestive lyrics like

“She was so hot, so cool and nasty
Believe it or not here’s what she asked me…
‘If you need love with no condition
Let’s Do the Do honey I’m on a mission’

Word on the street is that there will be an all new Aerosmith album coming out in the next few months. It’s about time. It has been almost three years since Honkin’ on Bobo. This CD should help tide you over until the new album comes out.

It has been 35 years since the bad boys from Boston shook off their “Rolling Stones knock off” label and took the first step in a long and successful career. Anyone who appreciates the significance of that accomplishment will appreciate this CD. 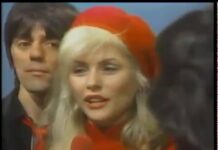 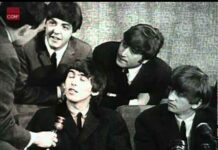 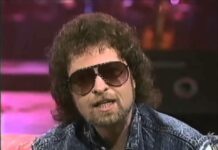 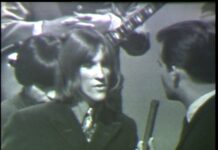 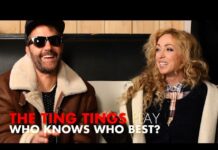 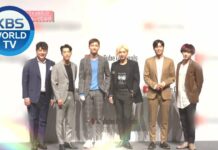