How much is Steven Tyler worth?

“Everything I’ve every loved was immoral, illegal, or grew hair on your palms.”— Steven Tyler

Who Is Steven Tyler

He’s the wide-mouthed Mick Jagger look-alike who made his own name with the creation of Aerosmith—his gateway to a world of sex, drugs and rock and roll that would land him three baby mamas, multiple stints in rehab and countless hits.

Steven Tyler, born Steven Victor Tallarico, is a musician, actor, and television personality, but he is mostly known for being the rock star who led Aerosmith to stardom, and most recently, being a presenter on American Idol.

No Stranger To Music

Born in Yonkers, New York to a musician father and secretary mother, Stephen Victor Tallarico’s emotional connection to music began with his father’s own love of the art. At 16 years old, Steven turned that same love into a band he called The Strangeurs, which later became known as Chain Reaction. But Steven’s exposure to the world of rock and roll in the ‘60s came with some extracurricular activities—Steven was expelled from high school due to his drug use. But Steven continued to play with his band where he served first as the drummer before taking over the mic as lead singer.

Steven went to New Hampshire for a concert where he was introduced to two fellow aspiring musicians, Joe Perry and Tom Hamilton. They would later join him to form Aerosmith along with Steven’s childhood friend Joey Kramer and, later, Brad Whitford. The rock hopefuls moved to Massachusetts in hopes of making a name for themselves in Boston where the boys landed a manager and a record deal with Columbia Records.

Aerosmith released their first eponymous album in 1973, immediately drawing comparisons to The Rolling Stones—they both shared a blues slant on traditional rock and roll. The striking physical similarities between frontmen Steven Tyler and Mick Jagger didn’t hurt either. But by the time the group released their third album in 1975, the comparisons began to fall by the wayside and Aerosmith established themselves as their own entity. Toys in the Attic featured classic hits like ‘Walk This Way’ and ‘Sweet Emotion.’

In 1976, one woman who walked his way caught Steven’s attention. He began dating model Bebe Buell and the following year the two had a baby girl, Liv, who eventually grew up to be a successful actress. But Buell and Tyler didn’t stick together for long, and she lied about the identity of Liv’s father until she figured out the truth when she was nine. In 1978 Steven married model Cyrinda Foxe and became father to another baby girl, Mia. The two were married for nine years before they too called it quits.

By now Steven had fallen victim to the pitfalls that came with the rock star lifestyle. He and Perry were infamous for their rampant drug use, earning the nickname the Toxic Twins. Their toxic relationship reached a head in 1979 when, after a huge fight, Perry quit the band.

Through the early ‘80s, Tyler continued using drugs, even after convincing Perry to come back to the band in 1984. By the mid ‘80s, Steven’s addiction had gotten so out of hand that he was regularly collapsing onstage, and his bandmates forced him to enter rehab in 1986. His stint in rehab not only saved Steven’s life, it reignited the band’s spart, paving the way for a major comeback with 1987’s Permanent Vacation. The album spawned hits like ‘Dude (Looks Like a Lady)’ and ‘Rag Doll.’ Their next album, Pump, in 1989 shared the same success with the single ‘Janie’s Got a Gun.’ Selling out stadiums across the country, the men of Aerosmith cemented their roles as certified rock legends.

Steven also had a new leading lady to share in his success—fashion designer, Teresa Barrick. Steven added a third daughter, Chelsea Anna, and son, Taj Monroe, to his modern family. But once again, the couple couldn’t make it work and in 2005 they called it quits.

Health Woes And Becoming An Idol

In 2006, Steven announced that he was diagnosed with Hepatitis C, a liver disease, and had to take a year off to recover. During his recovery, Barrick left him when she discovered he had been unfaithful while in tour. His woes continued to pile up when that same year, he had to undergo throat surgery—a procedure that had the potential to end his career.

The string of misfortune and decades of touring took its toll on Tyler and he started using painkillers to cope. In 2009, he fell off a stage while performing high with Aerosmith in South Dakota and broke his shoulder. The band cancelled the rest of their tour and became estranged from Steven once again. In December of that year, he checked into rehab.

But the resilient rock legend emerged from rehab ready to tackle another Aerosmith tour in 2010. He also embarked on his first ever solo project and landed a gig on the hit FOX reality show American Idol as a judge alongside Randy Jackson and Jennifer Lopez. Steven has proven that no matter how many times he goes down, he’s never out.

How did Steven Tyler get so rich?

In 1991, the Aerosmith band signed the biggest deal of their careers thus far. Returning to their former label, Columbia, Tyler and the gang signed a record deal for $30 million. 10 albums is a landmark for any musician and so few ever come close to reaching, and if they ever do they are far past their prime and the album probably wouldn’t chart. However, Get a Grip, Aerosmith’s tenth album was released to huge fanfare.

While the album was not loved by critics, as it was criticized for being over produced and the band were questioned having not written all of the material themselves, it didn’t matter because commercially it was a whirlwind of success. The record has sold over 15 million units and produced five smash hits, including “Cryin’” and “Living On The Edge.” They won even more Grammy Awards, and even MTV Video Music Awards, and American Music Awards for good measure. This gave Tyler more power and what came after was a behemoth of a live tour, in which the band traveled to almost 30 different countries and played over 240 shows.

It isn’t just music that has made Tyler’s fortune. His autobiography, Does The Noise In My Head bother You?, was a New York Times Best Seller, reaching number two on the chart. He has appeared on The Simpsons, Two and a Half Men, and other shows. And Tyler has signed endorsement deals with Burger King and Walmart, while even designing motorcycles. A passion of Tyler’s is motorcycles, and in 2007 he turned that passion in to a lucrative business by launched Dirico Motorcycles, in which he designs all the bikes for the company.

With his major role in Aerosmith, his solo ventures, and his guest spots on other tracks that have become universally known, such as collaborations with Alice Cooper, Pink, Motley Crue, and Santana, Tyler has become a rock icon, and even in his 70s, still performs high energy shows.

The most fame for the band came when Tyler featured on Run–D.M.C.’s version of Aerosmith’s classic “Walk This Way” in 1986. The song was multi genre and was if the heaviest parts of rock and hip hop had collided together. The track had a huge hand in helping rap music find a mainstream audience, and it gave Aerosmith a second wave of success that was actually much bigger than the first wave. The track reached the number four on the Billboard Hot 100 track.

After the now iconic track, the years that followed saw Aerosmith become untouchable. Permanent Vacation, the band’s eighth album, is now a multi platinum record spawned a ton of chart topping hits, and it was promoted with a world tour in which Guns N’ Roses were the opening act. After Permanent Vacation, each of the band’s following albums would outsell the last. The direct follow up, Pump, sold over seven million units, and even lead to the band earning their first Grammy Award win.

As this was the age of MTV, Aerosmith had saturated the channel, they appeared on so many shows and even recorded one of the very first episodes of MTV Unplugged, one of the most lauded live music television shows in history. MTV having and every household was well aware of Steven Tyler. He even appeared on Saturday Night Live alongside Mike Myers in a Wayne’s World sketch, a sketch that his since been voted the best ever moment on the show. band became an MTV sensation and Tyler became a household name. In more recent years, he has been exposed to younger audiences after having numerous roles in movies and television, both acting and as cameos, but most notably when he became the judge of American Idol.

Thanks to Tyler’s eclectic voice, Tyler has been branded with the nickname, the “Demon of Screamin.” Tyler, along with the rest of the band, put on a show unlike any other, even now in to his 70s, he has more energy than bands in their 20s. His iconic acrobats and strange, colorful garments that he wears has become something of his trademark, and that is how has managed to create such a huge following.

To Tyler, age really is just a number and that number is not going to keep him from doing what he wants to do. It wasn’t until over forty years in to his career that he released his debut solo album, We’re All Somebody From Somewhere, In 2016. The material on the record was praised for being the most country rock sounding music of Tyler’s career.

Tyler and his band were one of the first bands to legitimately turn music videos in to something more theatrical, giving them narratives and moments where music isn’t even playing. The actors in the videos would even be up and coming A-list movie stars such as Jason London and Alicia Silverstone. This kind of approach is now a music video staple and you see it in even pop music videos by the likes of Lady GaGa to this day.

In the late 1990s Tyler made the best decision, both in terms of finance and success, in his life. He wrote the song “I Don’t Want To Miss A Thing” specifically for the movie Armageddon, directed by action movie auteur, Michael Bay. The song debuted at number one on the Billboard 200, and it was the first song written by a rock band to do so.

Steven Tyler has been included in several greatest singers of all time lists and Aerosmith has been an active band for 48 years without ever having taken a break. After being at the top of his game for close to 50 years, having a decent stint as a judge on one of the biggest music competition shows in the world, and staying relevant through movie soundtracks, Tyler is worth an estimated $140 million. 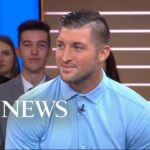 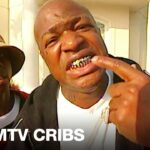