How much is Usher worth?

Singing, gyrating and flaunting his washboard abs to become one of the biggest R&B stars of this generation. He’s also influencing a whole new generation with his protégé Justin Bieber.

Ever since he burst on the scene at the age of 16 with his killer voice, and the abs to match, Usher has become a modern day R&B icon. And this piece of serious eye candy isn’t shy about constantly showcasing his fancy footwork alongside his sculpted physique. Besides mentoring one of pop’s newest sensations Justin Bieber, this sexy crooner is responsible for some of the biggest infectious dance hits and sultry, confessional songs that air more than his feelings.

Born in Dallas Texas on the 14th of October 1978, Usher Raymond IV is an American songwriter, actor, entrepreneur, and dancer. Usher was raised in Chattanooga, Tennessee, and Atlanta, Georgia. He was raised by his mom and lived together with his half-brother and his then step-father.

At the age of nine Usher was in his local church youth choir that was directed by his mother. That’s when his singing talent was discovered by his grandmother. However, he was really judged when he joined a music group and that’s when he was considered ready to start a professional career in music. Moving to Atlanta, Georgia with his family gave him the opportunity to promote his talent since the environment was friendly for aspiring young singers. He graduated from North Springs High School Atlanta, Georgia.

Usher’s talent was evident at a young age. He harnessed his seductive voice from singing in a choir at St. Elmo’s Missionary Baptist Church at the age of nine. Hoping for more exposure for the budding singer, his family moved from Chattanooga, Tennessee to Atlanta. Usher flouted his singing capabilities on Star Search and won best teen male vocalist for his rendition of “End of the Road.” With the help of some gigs, he landed a chance audition for L.A. Reid a year later, who promptly signed him to LaFace Records.

However, this was merely a stepping stone before Usher moved to New York and met his mentor, Sean “Diddy” Combs. Diddy reinvented Usher’s image and collaborated with him on his first eponymous album, Usher, in 1994 when he was just 16. The album sold modestly and was panned for being overly sexual. But shedding his bad boy image, Usher followed it up three years later with My Way, which had the opposite reaction and sold eight million copies. His hit single “You Make Me Wanna” went double platinum. The sexy sensation was born.

Burning Up The Screen

With his newfound popularity, Usher was approached to do other projects, such as recording the jingle for Coca Cola. Usher then began flaunting one more talent he had up his sleeve—acting. He began acting in shows such as Moesha alongside Brandy and The Bold and the Beautiful. Branching out, he tried his hand in movies, acting in The Faculty, She’s All That and Light It Up.

Surfing his popularity streak, Usher dropped his smash hit 8701 in 2001, which won the Grammy for Best Male R&B Vocal two years in a row for separate songs on the same album. It sold eight million copies. Usher was officially unstoppable.

What made Usher relatable to so many of his fans was that many of his hits were reportedly inspired by his real life. After 8701, Usher began dating Rozonda “Chilli” Thomas from TLC, claiming that she was his “dream girl.” The couple split in January of 2004 due to allegations of infidelity. Some claim that his infidelity inspired his record-breaking album Confessions. Usher claimed that he wrote it based on experiences from some of his friends.

Confessions may have been the defining album of Usher’s career. In the first week alone, it sold 1.1 million copies climbing to 15 million worldwide. The singer received eight Grammy nominations in 2005, winning two for the album and one for a collaboration with Alicia Keys. The alsom also won two MTV Video Music Awards, four American Music Awards, and e11 Billboard Music Awards. Usher became the first solo artist to have three singles in the Hot 100 Top 10.

If being an international singing sensation wasn’t enough, Usher had a two-month Broadway stint as Billy Flynn in Chicago, tapping into his singing roots.

Usher finally settled down after a reported fling with supermodel Naomi Campbell. In 2007 he married Tameka Foster, who was then serving as his stylist, in two separate wedding ceremonies. She was pregnant at the time with Usher Raymond V. Their second son, Naviyd Ely Raymond, was born a year later. During that time, Usher released one more album album, Here I Stand, to little success. But that wasn’t the only flop he’d have to deal with—the couple divorced in 2009.

But Usher didn’t stay out of the game for long, he decided to pass on the favor Diddy had done for him as a teen when he discovered and mentored the talented YouTube sensation Justin Bieber. In addition to collaborating with Justin, Usher still managed to release another album Raymond v. Raymond.

Usher has proven himself as more than just eye candy. He’s a powerful force of nature with a multifaceted array of work. It’s easy to agree that at the heart of all his work is a personal, almost confessional piece of him that even outshines his charm and acrobatic dance moves.

How did Usher get so rich?

Usher has been able to earn money through music, acting, dancing, and business. With a net worth of $180 million, it makes him one of the wealthiest professional artists in the United States. Apart from his successful music career, Usher has made appearances in Broadway shows. He also makes money from product endorsements deals just like many other public figures. One of his endorsements was the Usher Debit MasterCard, in 2004. His albums have sold millions of copies and this has contributed largely to his net worth. He is the owner and co-founder of a music label that has signed Justin Bieber, called Raymond-Braun Media Group.

Usher has foundations and helps raise money through a partnership with Yoobi, but the money doesn’t go directly to him. However, he works very hard for the project and he also has his own foundation called the New Look Foundation, established in 1999. His music continues to earn him revenue as people still stream the songs on various platforms such as YouTube. Another way he earns money is through his music playing in various movies. He has to get paid in order for a movie to use his song, and this helps earn him more money.

When he was just twelve years old, Usher was already participating in local singing competitions that his mother put him in. During his performances, he was recognized by artists and industry professionals for his style and repertoire especially by executives from LaFace Records. His album My Way was released in 1997, and it earned him great fame in the music industry. His debut album Usher was self-named and it was released in 1994. The My Way album was a great success and it earned him his first spot on the Billboard Hot 100, through the songs My Way, You Make Me Wanna, and Nice and Slow. Usher got his first Grammy Awards as Best Male R&B Vocal Performance in the years 2003 and the previous year 2002, from his third album 8701. The third album managed to sell over 8 million copies across the world, it had his number one songs U Got it Bad, and U Remind Me.

Usher continued to attain great success from his music, and he became one of the top best-selling singers through his album Confessions released in 2004. The album was a great hit that got worldwide recognition, it featured four top Billboard Hot 100 tracks, and sold over 20 million copies. Usher was considered one of the top 2000s artists through Confessions, it had top songs such as My Boo, Yeah!, Confessions Part II, and Burn. Usher released other albums that did really well and continued to make him famous. They include Raymond V Raymond released in 2010, and Here I Stand that was released in 2008 after separating from his mother who was his manager, in 2007. The two albums had the number one songs OMG and Love In This Club, they also were in the Billboard 200 chart.

From the success of his albums, he became the third singer who had a number-one song from five studio albums that were released consecutively. He debuted atop again on the Billboard 200 chart through Looking 4 Myself released in 2012. Usher had top R&B hits in 2011 and 2013 that earned him Grammy Awards. The songs were Climax and There Goes My Baby. Usher has had a very fulfilling and successful music career in the United States selling 38.2 million digital songs and 23.8 million albums. Also, worldwide he’s one of the best-selling music artists of all time through his 80 million sold records. Usher has also dated a lot of famous women throughout his career including TLC member “Chilli” and “Naomi Campbell” among others.

Usher’s great talent made him start a successful career as a teenager when he released his first album at 15 years old. He made it to the top Billboard Hot 100 only three years after starting his career, and he has never looked back. In the early 2000s, Usher released songs that were loved globally, earning him great fame. He won Grammy Awards and is also a very talented actor, and he has made money through his other talents too. He is considered one of the top best-selling R&B artist in the 21st century.

Through his iconic appearances in various films, he has been admitted to the Hollywood Walk of Fame and Georgia Music Hall of Fame. He is one of the most awarded artists in the Billboard Music Awards. Usher has been able to attain various accolades and awards throughout his career such as Soul Train Music Awards, Grammy Awards, and ASCAP Awards. Usher is the owner and co-founder of the Raymond-Braun Media Group (RBMG , that has signed Justin Bieber). He says, “I’m really happy that I’m able to pull from my own experiences to help [Justin Bieber] understand certain things and understand how to handle it.”

Usher is a successful musician who began his singing career at an early age. He has sold millions of copies of his albums, and gained worldwide fame and recognition. His music has been top on Billboard charts continuously as he produces great music back to back.

Apart from his successful music career as a singer, he also has a lot of talents. Usher runs his business and is also a Broadway actor. He has discovered great artists such as Justin Bieber. He is known as a top best-selling artist of the 21st century. 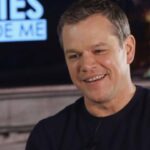 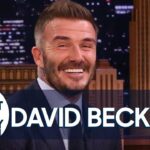