How much is Tristan Thompson worth?

Who Is Tristan Thompson

Tristan Thompson is a Canadian basketball star currently playing for the Cleveland Cavaliers. His profile on social media increased immensely once he began dating Khloe Kardashian in 2016.

Tristan was born in 1991 to Jamaican parents who had moved to Brampton, Ontario, Canada. Tristan moved to the US to pursue his basketball career. He has three brothers, one of whom suffers from epilepsy, and as a result Tristan is closely involved in epilepsy charities.

American basketball player Tristan Thompson has a net worth approaching $35 million dollars, as of 2021.

How Did Tristan Thompson Get So Rich?

Tristan Thompson is worth $35 million. The bulk of this money comes from payments he has received to play basketball. He has had an eight-year career and is a top-rated player. His contract with the Cleveland Cavaliers is worth $82 million, with a salary guarantee of $16,400,000.

Tristan owns several properties including three mansions. He also has an expensive taste in cars, of which he has several.

Tristan Thompson has an Instagram account with more than 3 million followers, and earns between $6,000 and $10,000 per post. He endorses an impressive list of products including Beats by Dre, Moet & Chandon, Nike, Mountain Dew and Complex. He also receives sponsorship from various companies. He has participated in advertisements for YouTube TV and the NBA App.

Tristan is a generous giver to charities, especially children’s charities. He support two epilepsy charities, including on he founded himself.

Tristan’s fame comes from his being a top-rated basketball professional. His early promise as a player led him to leave Canada and attend school in Newark, New Jersey. The move meant he had the opportunity to play basketball in a more competitive environment and he felt he needed the challenge to improve his skill level.

His profile soon increased, as he progressed as a player. He became a much sought-after star. When he fell out with his coach in Newark, he made it known that he wanted to leave the school. In less than a week he was offered a place at Findlay Prep, in Henderson, Nevada. Tristan loved the set-up at this school and thrived there. He honed his skills at Findlay, becoming a greatly improved player. 2010 saw Tristan join the University of Texas and played with the Texas Longhorns. He had intended to play out his college career at Texas, but changed his mind in 2011 and made himself available for the NBA draft. The move was a good one, as he was drafted fourth by the Cleveland Cavaliers.

Tristan made an immediate impression on the court, proving to be a prolific scorer and rebounder. Before the end of the season Tristan was chosen as a starting five player, His performances up to the end of the season impressed and he was the first Canadian to get NBA All-Rookie team honors.

The following season, Tristan devoted much time and effort to improving his game. He felt he was getting too many shots blocked, so he worked on avoiding that. He switched his shooting hand from his left to his right. Hard practice mean that his shooting stats did not waver as a result of the switch. In 2014 the Cavaliers signed LeBron James and Kevin Love, but Tristan continued to get significant court time. When Love was injured, Tristan regained his starting five position and he continued to rack up impressive statistics. He played a record straight 447 consecutive regular-season games up to April 2017, when he missed a game with a injured thumb. He suffered another injury at the end of 2017, which continued to affect his game for a few weeks. By February 2018, he was back on top form, pulling in 13 rebounds in 23 minutes on court.

The 2018-2019 season was also marred by injury for Tristan. He had begun the season with some career-high performances, but missed a 10 game stretch through a sprain to his left foot. He returned to play briefly but then missed a 26 game stretch with another left foot injury. Tristan began the 2019-2020 season on a high, but the advent of Covid-19 affected the NBA schedules.

Tristan has also played for the Canadian National Team in various FIBA competitions, including the FIBA World Cup.

Tristan shot to social media fame in 2018 when his relationship with Khloe Kardashian, the youngest Kardashian sister, resulted in the birth of a daughter named True. Social media was agog over the revelation that Tristan had cheated on Khloe during her pregnancy. A year later the couple parted, seemingly because Tristan had cheated on Khloe again, this time with Jordyn Woods, who was the best friend of Kylie Jenner, Khloe’s half-sister.

Through his relationship with Khloe Kardashian, Tristan Thompson has become a social media star, and his personal life has become a matter of public record.

Quite simply, Tristan Thompson is successful because of his amazing talent as a basketball player. From a young age, he showed real promise, and he made the necessary decisions to make sure he developed his playing skills so that he would become a top player. While one or two of his decisions were not as a result of his own planning, he made the most of a promising career. Playing basketball in a wealthy league, where talent is measured in millions of dollars ensured that a player of Tristan’s talent would be hugely successful. Like almost all professional sportsmen, Tristan’s career had a few hiccups through injury, but he has recovered and continues to be at the top of his game.

Success led Tristan into the high profile and glamorous world of social media. He has a very popular Instagram account, and his fame rocketed when he hooked up with Khloe Kardashian.

Tristan is keen on healthy eating and maintaining a healthy body. He often warns against eating too many burgers from fast food joints! He also advises people to keep fighting for their dreams. Don’t give up; keep battling.

Tristan Thompson is a great example of a sportsman who loves the game he plays, and works really had to keep at the top. He is blessed with a fabulous work ethic and won’t let laziness intrude into his thinking. He is a successful man who enjoys the wealth he has accrued, yet remembers that there are others less fortunate, and that he is in a position to help. 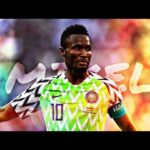 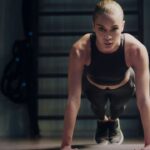