How much is Sienna Miller worth?

The fiery blonde is a tabloid regular and doesn’t further any sort of wholesome image with racy roles in Factory Girl and The Edge of Love.

Who Is Sienna Miller

This petite British blonde sprang seemingly from nowhere into the public eye, but unfortunately little of it has to do with her talent as an actress. Instead of making her name as a critically acclaimed movie star, Sienna Miller instead has been a tabloid sensation thanks to her high profile relationships and battles with the paparazzi.

American-British actress Sienna Miller has a net worth of $20 million dollars, as of 2021.

Although she’s considered a Brit, Miller was born in New York City in 1982 but relocated to London, England when she was only a year old where her mother, Jo, ran the Lee Strasberg drama school. After graduating from boarding school in the U.K., Sienna went back to New York to attend the Lee Strasberg Institute.

She began working as a model but soon steered her energy to pursuing an acting career. She started in off-Broadway productions before she finally secured a role on the American TV show Keen Eddie in 2003. Although the series was dropped soon after it premiered, Miller gained some publicity with a 2003 Teen Choice Award nomination for Choice TV: Breakout Star.

While filming the 2004 film Alfie, Sienna met A-list actor Jude Law and the two began a steamy romance. After a short courtship, Law popped the question to Miller with a $35,000 diamond engagement ring on Christmas Day 2004. But the wedding never happened. Months later, rumors started to swirl that he had a fling with his children’s nanny. In July 2005, Jude came clean with a public apology to Sienna, and the couple attempted to work through it, but they parted ways in 2006.

The upside to Miller’s heartbreak and public humiliation was that overnight, she became the name on everyone’s lips. The starlet quickly rebounded and began promoting her 2006 film, Factory Girl, returned to modeling as the British “It” girl for Pepe Jeans London, and graced the cover of Vogue magazine along the way.

Although Factory Girl was critically panned, her performance as Edie Sedgwick, the damaged, drug-addicted muse to Andy Warhol, proved she was more than just a pretty face. She followed up with several roles in small independent filmsbefore earning the biggest acting role of her career as The Baroness in the live-action adaptation of G.I. Joe: The Rise of Cobra. While not critically acclaimed, G.I. Joe was widely seen and helped Miller raise her visibility.

While filming the movie, she also announced her new beau, actor Rhys Ifans. Miller declared her love for him in an interview with Elle magazine but the relationship ended one short month after the issue hit the shelves. But she rebounded quickly, and was linked to heir and actor Balthazar Getty weeks later. Sources quickly exposed the affair, as the two had secretly dated for two months despite her relationship with Ifans and the fact that Getty was married.

The couple was completely outed when photographers snapped them cavorting naked during a vacation in Italy. Sienna responded by suing The Daily Star for invasion of privacy and won a $26,722 settlement. It was the third time Miller won a lawsuit settlement against the paparazzi, also winning cases when two tabloids took pictures of her nude while filming Hippie Hippie Shake.

The affair ended a year later. Getty returned to his wife and Miller found herself back with a familiar face as well, rekindling her relationship with Jude Law. They initially dodged rumors of a reunion, but stepped out as a pair at the Met Costume gala in the spring of 2010. But after their seven year on-off relationship, the pair called it quits once again the following year.

While Sienna Miller’s biggest news stories revolve around her relationships and scandals, she’s maturing and focusing more on her professional career. Miller moved on to Broadway to star in the stage play After Miss Julie to critical acclaim. With her desire to transition back into more acting and less controversy, it is only a matter of time to see which Sienna will be in the news next.

Defining Quote “There should probably be a bit more mystery to me. I suppose a bit of unavailability is an attractive thing.” 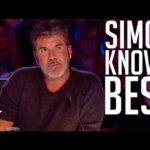 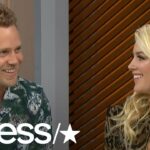