How much is Helena Bonham Carter worth?

She’s run the gamut from Shakespeare to Fight Club to Hogwarts, Wonderland and beyond.

Who Is Helena Bonham Carter

Helena Bonham Carter has gone from the quintessential heroine in a streak of English period pieces to the unhinged Red Queen in 2010’s Alice in Wonderland. For decades, her timeless look wrapped her up in tightly laced bodices but her offbeat personal style and developed talents have transformed her into a recognizably accomplished actress.

English actress Helena Bonham Carter has a net worth of about $60 million dollars, as of 2021.

Born in Golders Green, London to a famous political family, Helena Bonham Carter always had a flair for drama and developed her interest in acting at a young age. Even though she had early success breaking into the industry, Carter remained a diligent student and applied to King’s College, Cambridge. Despite her academic accomplishments, school officials denied her admission for fear that she would leave midterm to pursue a career in acting. Having the choice already made for her, Carter focused all of her energy on her acting career.

Without any previous formal training, 16-year-old Helena started her professional career in a television commercial. Her first breakthrough cinematic roles came in A Room With a View (1985) and Lady Jane (1986) were a personal challenge for the young actress to work alongside experienced actors. The novice gained more experience as she continued to work in 19th century period costume dramas, even earning her first Oscar nomination for The Wings of the Dove (1997), but the typecasting eventually wore on her.

Helena yearned for versatility in her roles. Though it left critics unimpressed, her 1994 film Mary Shelley’s Frankenstein allowed her to deviate from the parts that had begun to define her career. In 1999, Helena really went off the beaten path when she perfected her American accent for a role alongside megastars Edward Norton and Brad Pitt in the cult film Fight Club. It won her American popularity for her portrayal of the dark, strange and mysteriously sexy Marla Singer.

Carter met the Northern Irish actor Kenneth Branagh, who co-starred with her in Frankenstein and The Theory of Flight, in 1994 just as he was going through a bitter divorce with Emma Thompson. It was the first high-profile romance for Helena and the relationship lasted for five years until they split in the summer of 1999.

Continuing to steer away from more generic parts, Carter took on the part of a starring simian in Tim Burton’s Planet of the Apes (2001). Carter’s odd personality, style and acting methods appealed to the aesthetic eccentricities of the director and Burton continued to cast her (often with Johnny Depp) in many of his films such as Charlie and the Chocolate Factory (2005) and Sweeney Todd: The Demon Barber of Fleet Street (2007). Burton also cast Carter as his leading lady in real life and their unorthodox romance, complete with separate neighboring houses (that have been knocked through and connected), resulted in two children together with Depp as their godfather. They continue to go strong to this day.

Carter took her talents to international heights and began appearing in the latter half of the Harry Potter films as Bellatrix Lestrange, a witch and right-hand to He-Who-Must-Not-Be-Named. Carter also earned another Oscar nomination for her supporting role as Queen Elizabeth in the 2010 film The King’s Speech alongside fellow Brit Colin Firth.

Helena Bonham Carter has seen her way from corseted queen to cutting-edge actress. She has already left an enduring impression on her generation and she will likely continue to astonish us with her ever-growing acting abilities and bizarre sensibilities.

Defining Quote “I don’t think we’re crazy at all, to be honest.” 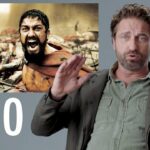 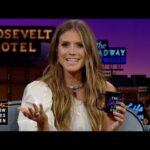