How much is Ringo Starr worth?

Ringo Starr was the stage name of the legendary drummer for the Beatles. He was born Richard Starkey on July 7, 1940, in Liverpool, England to working class parents.

In his childhood, Starr was prone to illness, and it was when he contracted peritonitis after an appendectomy and had to spend 12 months recuperating in a children’s hospital that he took to drums as a result of the hospital staff encouraging its patients to amuse themselves by forming bands.

Due to his frequent illness as a child, Starr missed out on his schooling quite a lot and had to take on various jobs as a means to survive. These jobs, of course, did not fulfill him and when his mother remarried, his stepfather encouraged his musical interests. Starr would talk music with his fellow workers and one co-worker introduced him to skiffle, a genre where musicians played with homemade or everyday objects to make music. Starr then started to play skiffle with a band. Ringo would receive his first real drum kit for Christmas in 1957, even though it was missing a few parts.

A few years later, he joined a proper band called Rory Storm and the Hurricanes. Ringo started to go by the stage name Ringo Starr to signify the rings he wore and his interest in country and western music. The band showcased Starr’s drumming talent with a segment called Starr Time. As the band became more popular, it was signed up for gigs outside of the UK, and it was during one such engagement in Hamburg that Starr met the Beatles.

In 1964, after the successful release of their hit single, Please Please Me, the Beatles went to America to take it by storm, releasing one hit after another. Beatlemania was by then firmly entrenched, their performances thronged by millions of lovestruck teenagers. That same year, the Beatles made their first film, A Hard Day’s Night was a humorous documentary that got its name from the peculiar turn of phrase that Starr often, by mistake, used. This was followed by Act Naturally which Starr provided the vocals for. These early film debuts gave Ringo Starr a chance to showcase his comedic and acting talent, which would later lead to other film projects after the Beatles formally broke up. One year before the formal disbanding of the Beatles, Starr starred in The Magic Christian with Peter Sellers.

Life after the Beatles did not mean the end of the road for Ringo. He embarked on a solo career, releasing albums, taking roles film projects, and collaborating with Lennon, McCartney, and Harrison, individually on different songs and projects. Ringo was even the narrator for the children’s TV series, Thomas and Friends. In 1973, Ringo and Harrison co-wrote the hit It Don’t Come Easy. In the early 90s, Ringo got back together with McCartney and Harrison to release Free Bird, the first Beatles single since 1970. They also worked on the Beatles Anthology, which resulted in a miniseries of interviews with the remaining trio about their time together as the Beatles. A CD project was also developed as a result.

From the 80s, Ringo lead his All Starr band, teaming up with different artists playing concerts and recording albums.

For Ringo, life after the Beatles did not become a series of reminiscences. Ringo embarked on a solo career and worked consistently, releasing albums, starred in films and television, and performed in concerts throughout the years.

Ringo’s success could be attributed to his consistent hard work, willingness to collaborate with his ex-members on individual projects, and other stars for his All Starr Band. Since leaving the Beatles, Ringo has released 20 studio albums, starred in over 15 films and television programs, and written 3 books. Such was the prodigious output of Starr that, perhaps, he became more famous since the Beatles. Awards were no less lacking as he picked up an Academy and 3 Grammy Award, among others such as the Bafta Award, and was inducted to the Rock and Roll Hall of Fame twice, once in 1988 and the other in 2015.

How did Ringo Starr get so rich?

Ringo Starr got rich primarily through the legendary Beatles. They connected with millions of love-struck teenagers who rewarded them with a lifetime of financial security. They are known as one of the most influential bands of all time. By early 1964 they were universal stars leading the “British Invasion” of the United States pop market which led to enormous sales records. Through the sales of their music, they made over $183 million dollars in the US and an estimated $600 million dollars worldwide!

After the Beatles, Ringo did not stop working. In the years since he left the Beatles, Ringo has amassed a sizeable fortune from his consistent album releases, film, and television work, including 3 books as well as numerous projects.

Their art created a vibe that swept the nation and will never be forgotten. Beatlemania swept the nation and created a love for their music that still exists now many, many years after they began. Young girls cried in the crowds and passed out just to be close to them. They were loved by the world and they were definitely original. It’s hard to imagine such an amazing, contagious band coming up and sweeping the nation such as they did. Their mass popularity enabled them to be set for life financially.

In 1962, Ringo joined the Beatles as their drummer. Fans loved him because he had such a charming personality, and he won most over despite early objections to his taking over from Pete Best. While Ringo had previously experienced some success with his early bands, it’s a known fact that he rose to fame in the early 1960s as the drummer for the epic rock group the Beatles. Ringo was adored internationally for his easy-going personality and willingness to collaborate with different stars and also with his ex-Beatles members after the group had disbanded. Once Ringo joined the Beatles it didn’t take long for the four members to bond and then the magic happened.

The Beatles single Please, Please Me was an amazing sensation in England. It was their first album Please, Please Me, released in 1963 that started the Beatles on their rise to epic worldwide fame. Everybody loved their look from their mop-top haircuts to matching suits. In 1964 they invaded America and Beatlemania began. It was a sensation like nobody had ever seen.

Ringo went on after Beatles to develop a solo career, leading his All Starr band, collaborating with different artists, even getting back with McCartney and Harrison to release another Beatles single, joined hands in the Beatles Anthology project, a mini series on life with the Beatles and a CD project.

Ringo was an artist that painted the canvas of his life connecting with millions of fans. The Beatles were definitely focused on their desires and acted on their opportunities at the exact magical moment that was right for their success. Ringo Starr had a rough start as a child but was able to take on his struggles, worked hard, and achieved success. He also had an amazing personality that was infectious and he remained humble and collaborated with a stellar group of stars producing albums, performing concerts, and acting in films and televisions programs throughout the years. It is said that it was his personality that kept the Beatles. Once towards the late 60s, Ringo quit the Beatles but the other members realizing that they had not appreciated Ringo as much as they should have, sent him all telegrams praising him and he came back to find his drum set scattered with roses. People were drawn to him for his charm and still are today as he continues to reinvent his image. 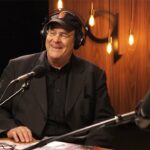 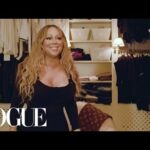