Before reality TV shows popularized cosmetic procedures, most people had a skewed attitude about undergoing cosmetic surgery. Although reality shows may have gone overboard in normalizing cosmetic surgery, it is now thought of as a real elective so long as one knows when to stop! Below are some of the most famous and wealthiest cosmetic surgeons of the world.

Known as Dr. Miami, Michael Salzhauer is a celebrity cosmetic surgeon, TV personality and author. His practice is in Bay Habor Islands, Florida.

In 2008, he wrote a children’s book where he told the story of a young girl whose mother underwent tummy tuck, nose job and breast augmentation. He was criticized for promoting plastic surgery.

Since then, with a number of cosmetic surgery reality TV shows on air, aesthetic procedures are now viewed more positively and in some cases, as a positive life changing event.

Like most celebrity cosmetic surgeon, Dr. Miami had his own reality TV series, Dr. Miami starring Salzhauer. The series ran for 6 episodes in 2017.

As the pioneer doctor for the series Extreme Makeover, Dr. Garth Fisher is one of the top plastic surgeons in the United States for facial cosmetic and breast surgery.

Dr. Fisher is listed annually in the Castle Connolly directory of America’s Foremost Surgeons, an honor given only to less than 1% of the country’s doctors.

Fisher is of course frequently interviewed for his expertise and celebrity status in a number of magazines including People, FHM, Vanity Fair, Elle, and many others.

He has also appeared on numerous radio and television shows.

He is one of surgeons featured on E! Entertainment Television’s Botched and in his latest Botched by Nature. Prior to Botched, he was on The Swan. His wife is Heather of The Real Housewives of Orange County fame.

He was also the surgeon who was featured in Bridalplasty which ran from 2010 to 2011, featuring a group of women who competed to win a wedding and also undergoing cosmetic procedures along the way.

As of 2021, this renown cosmetic specialist is thought to have a net worth of about $50 million.

Dr Leonard Hochstein belongs to one of the few who was able to apply for entry into medical school directly from high school. He attended Louisiana State University Medical Center where he trained with the Department of Surgery and published his first paper. He finished at the top of class in 1990.

In Miami where he practises, this American doctor of Russian descent has made a name for himself specializing in body contouring surgery which is loved by a lot of body conscious women of Miami.

As of 2021, the good doctor has an estimated net worth of $20 million, money he has acquired through his practice, TV shows, and other side gigs.

Michael Obeng is a Ghanaian American plastic surgeon who is also a television personality, philanthropist, scientist and health expert.

Obeng currently practices in Beverly Hills, California and is affiliated with the Cedars-Sinai Medical Center.

Obeng has appeared in E! reality television series Second Wives Club, although he filed a law suit and an injunction in 2016 to prevent E! from airing the episodes that include him and his children.

Dr. Obeng made headline for successfully performing a forehead reduction surgery in 2018, Obeng has been extensively covered by numerous new outlets and in 2019, he successfully performed a rib-removal surgery on the human Ken doll, Justin Jedlica who underwent over 200 surgeries to achieve a certain look.

As of 2021, Dr. Michael Obeng is estimated to have built a personal wealth of some $10 million.

Dr. Paul Nassif is a Lebanese American cosmetic surgeon who is also a personality on E! Botched with Dr. Terry Dubrow. The series ran for six seasons in 2016. Botched by Nature was a spin-off which aired in 2016. He has also appeared in Dr. 90210 and in the first three seasons of The Real Housewives of Beverly Hills, in which his ex-wife Adrienne Maloof was a main cast member.

He started in general surgery and later completed a professional course in facial plastic and reconstructive surgery at the St Louis University School of Medicine in 1998. He is famed for his skills in revision rhinoplasty.

As of 2021, this cosmetic surgeon has built up a personal wealth of about $16 million.

A Brazilian American politician and cosmetic surgeon, Dr. Rey Jr. has been featured in E!’s Dr. 90210 and has run for Brazil’s Chamber of Deputies for the state of Sao Paulo.

Rey is also a medical correspondent for The Insider and NBC4 news. He has appeared on shows, including The View, The Today Show, Good Morning America, Dr. Phil, and the topic of print articles published in The New York Times, The Wall Street Journal, and Forbes Brazil.

Rey was a featured doctor in Dr. 90210 when it was first aired. In the show, Rey performed various cosmetic procedures on celebrity patients. Rey copped criticism at the time as some perceived that he made light of a serious surgery.

Jacono starred in the Discovery Fit & Health television program Facing Trauma, as the volunteer surgeon who reconstructed faces disfigured in abusive relationships and other violent circumstances.

A founder of the New York Center for Facial Plastic & Laser Surgery and the co-founder of T.H.A.I (Through Healing All Indigent) Children, a non-profit organization committed to helping impoverished children in third world countries receive free plastic surgery for their facial deformities, Dr. Jacono is also a committed philanthropist.

Dr. Pitanguy had already established himself as the one of the world’s foremost cosmetic surgeons before reality television shows popularized cosmetic surgery.

Dr. Ivo Pitanguy was a pioneering Brazilian plastic surgeon who performed face lifts, tummy tucks and other procedures on the rich, famous and royal, becoming rich, famous and celebrated in his own right.

A craniofacial surgeon by training, Dr. Wu conceptualised and evolved the four pillars of NSFR with his 4R Principle: “RELAX, RESTORE, RESURFACE and REDRAPE”. He RESTORES the volume lost from the face by ageing using synthetic fillers and RESURFACES the skin envelope with the use of Intense Pulsed Light(IPL), non-ablative lasers and Radiofrequency.

He is widely known also to be cosmetic doctor to celebrity patients. 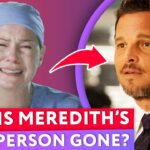 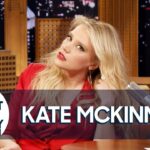