Lewis was born in Florida in 1975 and was a star wrestler and linebacker in high school. He decided to stay close to home and accepted an athletic scholarship to play football at the University of Miami. He made an impact his freshman year being named a freshman All-American. The next two seasons he was a tackling machine earning All-American honors both seasons.

American former professional football player Ray Lewis has a net worth of $40 million dollars, as of 2021. Lewis was a linebacker with the Baltimore Ravens for his entire 17-year career in the NFL.

Ray Lewis and the Baltimore Ravens

After his junior year at Miami Lewis opted for the NFL draft, where he was chosen in the first round by the Baltimore Ravens. In just his second season in the NFL Lewis led the NFL in tackles and was named to the Pro Bowl. Lewis led a vaunted Ravens defense to the Super Bowl in 2000 and was named the Super Bowl MVP after a stellar postseason. That year, the Ravens defense set NFL records for fewest points and rushing yards allowed.

Ray Lewis and the Obstruction of Justice

In early 2000, Lewis and two other men were indicted on murder and aggravated assault charges following a double stabbing in Atlanta. Lewis reached a plea deal after testifying against the two other men, and the murder charges were dropped. He was fined $250,000 by the NFL, and convicted on obstruction of justice charges and given 12 months probation.

Lewis is extremely quick, powerful and smart. He’s a fierce tackler and is considered a playmaker. Lewis is a leader on the field and is often seen riling up fellow teammates with explosive speeches and dances. Lewis often plays through pain playing in at least 14 games in 13 of his 17 seasons in the NFL.

Legacy and Accomplishments of Ray Lewis

Charities and children have been a focus for Lewis throughout his career. He’s a father to six children and started the Ray Lewis 52 Foundation. HIs foundation gives assistance to disadvantaged youth. His reputation has recovered since his arrest and he was featured in a 2006 cover story in Sports Illustrated for his commitment to his Christian faith. 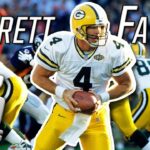