Model and actor Patrick Schwarzenegger is the son of famous Austrian-American actor, bodybuilder, and former Governor of California, Arnold Schwarzenegger, and journalist Maria Shriver. He was certainly born into a very wealthy family. As of 2021, Patrick Schwarzenegger’s net worth is about 1 million dollars. Will he make more like his legendary father?

How Did Patrick Schwarzenegger Get So Rich?

Patrick Schwarzenegger was born on September 18th, 1993, in Los Angeles, California. In 2012, he graduated from Brentwood High School and than went to study at the University of Southern California. His parents helped him found his company named Project360, the clothing company, when he was only fifteen years old. He is also signed with LA Models and they are planning to push him for Armani and Ralph Lauren campaigns. He has high hopes that his model career will raise awareness of his clothing company.

Patrick worked a summer internship at The Grove, which is an upscale outdoor mall in Los Angeles, in 2011, and posed shirtless for a Hudson Jeans billboard advertisement, which was seen on Sunset Boulevard in Hollywood. You could see him playing Romeo in the music video for song Right There by Ariana Grande in 2013.

He had also several roles in movies and TV series, such as in Stuck in Love, Grown Ups 2 and Scouts Guide to the Zombie Apocalypse. Patrick was in a relationship with Miley Cyrus from 2014 to 2015. There is no doubt, he has pretty face and the advantage of a famous father, and we can expect his net worth will rapidly grow up in the future. 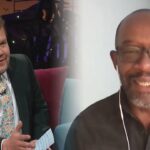