How much was Cary Grant worth?

Who Is Cary Grant

One of classic Hollywood’s most charismatic leading men, Cary Grant developed a carefree onscreen persona that made him a huge box office star even though it belied his humble and rather troubled youth.

Grant was one of the era’s most sought after performers, which allowed him to work with such stunning leading ladies as Ingrid Bergman, Katharine Hepburn and Irene Dunne. Starting with 1946’s Notorious and continuing later in his career, he became the favored actor of director Alfred Hitchcock, one of the few performers the Master enjoyed working with.

English-born American actor, Cary Grant had a net worth of $65 million dollars at the time of his death, in 1986. Grant was a top earner in Hollywood and for good reason, a Cary Grant movie would gross an average $145 million in adjusted box office revenue.

Despite his international fame and commercial success, Grant never won an Oscar and was nominated only twice. Regardless, his contributions to film are incalculable and he ranks today high as one of the greatest actors of the silver screen.

Grant was born Archibald Leach on Jan. 18, 1904 in Horfield, England, the only child of working class parents Elias and Elsie Leach. His mother suffered from clinical depression caused by the death of another child, leading Elias to institutionalize her when he was nine years old. Grant was told that she was sent on an extended holiday and only learned about her hospitalization decades later.

An unhappy childhood ensued as Grant tried to run away from home and was later expelled from grammar school when he was 14. That lead to him joining the Bob Pender Stage Troupe for whom he performed as

a stilt walker and juggler. In 1920, he traveled with the troupe to the United States and opted to stay instead of returning to England.

Once permanently settled in New York City, Grant worked a variety of odd jobs while performing vaudeville and in musical comedies. He began appearing on Broadway in Golden Dawn (1927), A Wonderful Night (1929), Rio Rita (1931) and The Three Musketeers (1931).

His stage work caught the attention of Hollywood in 1931 and lead to signing a contract with Paramount Pictures that same year. Up to that point, he had been performing under his given name, but the studio knew Archibald Leach would never work on a marquee and told him he had to change it. Inspired by Gary Cooper and Clark Gable, Grant used their initials to form Cary Grant.

Grant made his film debut with a supporting turn as the Olympic husband of Thelma Todd in the romantic comedy This Is the Night (1932). Graduating to leading man that same year with Blonde Venus (1932) starring Marlene Dietrich, he raised his profile further thanks to Mae West choosing him as her opposite in She Done Him Wrong (1933) and I’m No Angel (1933).

After leaving Paramount once he contract was up in 1937, Grant took the extraordinary risk of going without another home studio and reaped the rewards where others might have failed. He again starred opposite Katharine Hepburn in two all-time classics, George Cukor’s Holiday (1938) and Howard Hawks’ Bringing Up Baby, one of the greatest screwball comedies of all time.

Spreading his wings beyond comedies, Grant starred in George Stevens’ action adventure Gunga Din (1939) and displayed his more dramatic side in Howard Hawks’ Only Angles Have Wings (1939), costarring Jean Arthur and Rita Hayworth.

Of course, the screwball comedy remained his bread and butter as Grant delivered classic performances opposite Rosalind Russell in His Girl Friday (1940) and Katharine Hepburn in The Philadelphia Story (1940), a box office smash that was notable for resurrecting Hepburn’s diminished career.

Grant was the best thing in the otherwise standard melodrama Penny Serenade (1941), where he starred with Irene Dunne as a married couple desperate to adopt a child after being unable to conceive their own. The role earned him the first of two career Academy Award nominations for Best Actor.

Also in 1941, Grant embarked on his most significant actor-director collaboration when he starred as a ne’er-do-well suspected of marrying a wealthy woman (Joan Fontaine) for money and plotting her murder in Alfred Hitchcock’s Suspicion.

As Grant was in the midst of his box office prowess, World War II raged across the globe and soured audiences on his brand of cheery romantic comedies, leading to a box office slump with films like Once Upon a Honeymoon (1942), Mr. Lucky (1943) and Once Upon a Time (1944).

Grant’s lone bright spot during this period was his second Oscar nomination for Best Actor following None But the Lonely Heart (1944), where he played against type to portray a shiftless and irresponsible man who possessed none of the frivolous derring-do of previous performances. The film was hailed by critics, but flopped at the box office.

Grant desperately needed a hit and answered the call with his second Hitchcock thriller, Notorious (1946), where he played a government agent who compels the daughter (Ingrid Bergman) of a traitor to infiltrate a postwar Nazi group by marrying their leader (Claude Rains), only to fall in love with her himself. The chemistry between Grant and Bergman practically ignited the celluloid and remains one of the all-time great onscreen pairings from the classic era.

Grant would go on to deliver more Grant-esque performances in Every Girl Should Be Married (1948), I Was a Male War Bride (1949), Joseph L. Mankiewicz’s People Will Talk (1951) and Room for One More (1952), which co-starred third wife Betsy Drake. But by this point in his career, a new generation of actors led by Marlon Brando and James Dean began to capture audience’s imaginations and Grant started to publicly talk about retirement.

Grant was still years away from such a fate, however, and he costarred with Grace Kelly in one of his most popular Hitchcock thrillers, To Catch a Thief (1955). He went on to star with Deborah Kerr in the romantic drama An Affair to Remember (1957) and reunited with Bergman for the international romance Indiscreet (1958).

In his last collaboration with Hitchcock, Grant saved the best for last with his iconic performance as advertising exec Roger Thornhill, who is confused for being a spy and dragged into a web of intrigue that includes involvement with a duplicitous Eva Marie Saint in North By Northwest (1959).

In the late-1950s, Grant became increasingly dissatisfied with the business of Hollywood while struggling to reconcile his carefree persona with his more troubled upbringing and the failing of his marriage to Drake. In an effort to find some kind of enlightenment, Grant participated in the then-legal LSD experiments conducted at the time and managed to find some temporary respite.

During this period, Grant starred in his last films Operation Petticoat (1959), The Grass Is Greener (1960), That Touch of Mink costarring Doris Day and the combination screwball comedy and spy movie, Charade (1963).

Grant divorced Drake in 1962 and married his fourth wife, Dyan Cannon, in 1965, which resulted in his one and only child, actress Jennifer Grant. He would make two more films, the lighthearted Father Goose (1964) and Walk, Don’t Run (1965) before retiring so he could be a consistent presence in his daughter’s life.

Though retired from acting, Grant remained busy as a board member for several companies and organizations like Fabergé, Hollywood Park, Western Airlines and MGM. He received an Honorary Oscar in 1970 and married one last time to Barbara Harris – his fifth and final wife – in 1981.

Later in life, Grant resumed performing on the stage in a one-man show, A Conversation with Cary Grant. He was in preparation for one of his shows in Davenport, IA, when he suffered a cerebral hemorrhage two years after having a stroke. Grant died on Nov. 29, 1986 at 82 years old and left behind a legacy of being one of classic Hollywood’s most definitive performers. 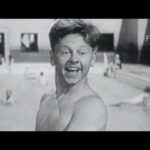 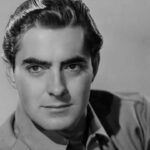