Michael Ballack was among the crème de la crème of midfielders for over a decade.

The Germany captain moved from Bayern Munich to Chelsea in one of the biggest ever Bosman free transfers in 2006 and after a disappointing start to life in England, he adapted, making himself a regular in the Blues midfielder. He returned to former club Bayer Leverkusen in 2010.

If you asked Ballack about the main regret of his career, it would surely be the annus horribilis that was 2002. That was the year his Bayer Leverkusen side finished runners-up in the league to Bayern Munich, lost the Champions League final to Real Madrid and were beaten in the German Cup final by Schalke. Ballack also helped Germany to the World Cup final against Brazil, but missed the match through suspension as they lost 2-0. It was the best of times, it was the worst of times.

German retired professional footballer Michael Ballack has a net worth of $35 million dollars, as of 2021. Ballack is among the top goal scorers in the history of the German national team. Ballack wore the number 13 shirt for every team he has played for, except from 1. FC Kaiserslautern.

Ballack grew up in the east of Germany, on the border with Poland. In his early teens it looked as though a career in soccer may not have taken off as doctors found damaged cartilage in his knee. But Ballack carried on regardless, and after leaving school at 18, he started playing professionally for his local club, second division Chemnitzer FC.

His good form there earned him a move to the west, and Kaiserslautern. Their coach Otto Rehhagel had just secured promotion to the top flight and made Ballack’s signing a priority. The player would make 16 appearances as Kaiserslautern became the first ever newly promoted team to win the Bundesliga. More impressive displays as the club reached the quarter-finals of the Champions League in 1999 secured a move to Bayer Leverkusen where he really hit his stride.

Although Ballack contributed to some of the most successful years in the club’s history, there was agony both individually and collectively.

Having never won the Bundesliga, and finished runners-up just once, Leverkusen needed only a draw against minnows Unterhaching to claim the title. But Ballack scored an own-goal as they lost 2-0. The player wept uncontrollably.

Two years later the club reached those three finals, only to lose all of them. Such pure heartbreak is rare in the game, such nearly man status unheard of. Leverkusen have not won anything since that triple debacle, their cause not helped by Ballack’s defected to Bayern Munich in that summer of 2002.

Bayern are Germany’s biggest name, with a trophy haul to match their status. So it was no surprise that Germany’s best midfielder would find the success he had been craving.

Ballack won three league titles with Bayern in 2003, 2005 and 2006, and also three German Cups. Pele may have gone on record as suggesting that Ballack was a “mediocre” player and not a star, but he helped the club win many a midfield battle during his time in Bavaria, and weighed in with his fair share of goals, just as he did in Leverkusen.

But Ballack did little to dispel suggestions that he was keen to test himself on foreign shores. The likes of Manchester United and Inter Milan were strongly linked with his signature, but Bayern held firm, steadfast in their refusal to sell the player. Ballack entered the final year of his contract without being sold, and instead of signing fir United or Inter, he signed a highly lucrative contract with Chelsea.

Ballack was accused of strolling through games in his first season at the club. His second was undermined by injury, but he recovered midway through and helped the Blues reach their first ever Champions League final where they were beaten on penalties by Manchester United.

As Ballack settled into London life, he become more influential in the Blues midfield. He contributed to three FA Cup wins and one Premier League triumph under Carlo Ancelotti in 2010 before leaving the club that summer.

Ballack made his international debut against Scotland in 1999, coming on as a substitute for Dietmar Hamann.

His semi-final goal against South Korea in the 2002 World Cup set up a final meeting against Brazil, but he missed the match through suspension after picking up his second booking of the tournament.

Ballack took over from Oliver Kahn as captain after Euro 2004, and led his country to the semi-finals of the World Cup in 2006 where they were beaten by Italy.

He was named in the official team of the tournament in 2006 and then again in 2008 as Germany made it all the way to the European Championship final, before losing 1-0 to Spain.

A tackle by Kevin-Prince Boateng in the 2010 FA Cup final meant Ballack was not able to take part in the World Cup finals that year.

His international career ended somewhat acrimoniously as he accused coach Joachim Low of disrespecting him ever since that injury in 2010 and rejected the German FA’s offer of two friendly matches to reach 100 games for his country.

Ballack nonetheless remains one of Germany’s most popular players in recent history.

This Michael Ballack Net Worth profile originated at WealthyGenius.com 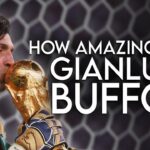 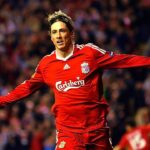