How much is Lil Nas X worth?

Lil Nas X gained global success after the release of his country/rap single “Old Town Road”, which is in collaboration with Billy Ray Cyrus. The track reached number 1 on the Billboard Hot 100 chart and number 1 on the US R&B/Hip-Hop chart as well as placed in Canada, United Kingdom, New Zealand, Australia, Norway, Ireland and Denmark.

American rapper, singer, and songwriter Lil Nas X has an estimated net worth of $7 million dollars, as of 2022. Lil Nas rose to prominence with the release of his country rap single “Old Town Road”.

Lil Nas X began using the internet when he was thirteen years old and spent much of his teen years alone. The star claims he mainly used Twitter and created “memes”, which just became popular on the internet. At the same time, Nas was struggling with coming out to himself until eventually, he accepted himself for being gay. After graduating from the Lithia Springs High School in his home town, the signer attended the University of West Georgia for one year before dropping out of the university to pursue a musical career. Almost two years later, after he became famous, Nas revisited his high school to give a surprise concert.

In early 2019, the song “Old Town Road” first achieved viral popularity in the mobile app TikTok. Shortly after, it climbed the international music charts and even topped some of them. When it reached number 1 on the Billboard Hot 100, it remained at number one for nineteen weeks straight. It became the longest-running number-one single ever since the chart’s inception in the 1958.

Following the success of his debut song, Nas released his debut studio project – an extended play titled 7. The EP featured two songs (“Rodeo” and “Panini”) and they followed the success of “Old Town Road”. He has been widely recognized for his work and became the most-nominated male artist at the 62nd Annual Grammy Awards, in January 2020. At the event, he received six nominations and won the awards in categories “Best Music Video”, as well as “Best Pop Duo/Group Performance”.

During his teenage years, Nas says that he isolated himself a lot and spent a lot of time online, hoping to find his own audience and become an Internet personality. He used most of the social media platforms such as Facebook, Instagram, and Twitter, in which he did comedy videos among other things. After he rose to fame, the popular star confirmed that he had many accounts on the social media platforms, especially on Twitter. It was stated by the New York Magazine investigation that he created and ran multiple fan accounts of Nicki Minaj.

After graduating from high school, Nas X became more and more interested in music. He started writing and recording some songs all by himself. At that time, he came up with the stage name “Lil Nas X”, which he claims is a tribute to the rapper Nas who he multiple times cited as one of his inspirations. In December 2018, Nas released his debut song “Old Town Road” – a mix of country and rap that also contains notes of trap, pop and southern hip hop. Nas X bought the beat from a Dutch producer for $30 and he recorded the song at the “CinCoYo” studio in Atlanta for $20 during a special sale.

The song samples the hit “Nine Inch Nails” and after he created some memes, the young artist began promoting his song with them. At first, he used the mobile app TikTok, which at the time was very popular. Just a few months after its initial release, the song became a hit on TikTok and led to the creation of the so-called “Yeehaw Challenge” meme in which millions of users from around the world dressed as wrangler/cowgirl and used the song as background music. Almost immediately after it became popular on TikTok, the song also reached the Billboard Hot 100 chart, where it debuted at number 83. While the song was growing and Nas X was becoming more and more popular, he was signed with Columbia Records.

Lil Nas X’s career skyrocketed after he signed with Columbia and gained a lot more exposure. The song was re-released by the label and a remix was made in which Lil Nas X collaborated with the country music megastar, Billy Ray Cyrus. The remix was released in April 2019, and in just one week it had over 143 million streams on the music streaming platform Spotify, surpassing Drake’s previous record which was set at 116 million streams in July 2018.

Following the success of his debut hit single, Lil Nas X announced he would be releasing his first-ever extended play. The EP was released on June 21, 2019 and it was titled 7. It contains eight different songs, including “Old Town Road”, “Panini”, and “Rodeo”. His songs, “Panini” and “Rodeo” were also welcomed with positive reviews and quickly turned into global hits. Shortly after he released his EP, Lil Nas X came out as gay. He soon became one of the most visible Black male singers in the world and also the first artist to come out while having a number one record.

From his work in the music industry, Lil Nas X has already earned career income of an estimated $14.5 million dollars. His tax obligations have been high considering he has earned this amount in such a short period of time, resulting in more money having been taxed at the highest tax brackets. Overall, it is estimated that he has been taxed at an effective tax rate of about 50%. First, Nas X will have been able to deduct about $1 million in business costs, the remainder, $13.5 million dollars, will have become $6.75 million dollars, having paid the same amount in taxes.

Lil Nas X is gay and is not married, he has no children. Unlikely many rappers like him, Nas X has not gotten into trouble, either legally or financially. In fact, he considers himself “a very spiritual person” and this has no doubt helped him in his personal life and career. It has been made public that Nas X made a $2.4 million dollar property purchase in Sherman Oaks, California, in 2021. While it is likely that the acquisition was for optimizing his own personal living and lifestyle needs, the property will also have an opportunity to appreciate in value. It is assumed that Nas X has other holdings as well, including in cryptocurrency and traditional securities.

In his personal life, Lil Nas X has likely spent $1-2 million dollars of his career earnings but also probably possesses assets valued at around $750,000, not including investment assets. In his investments, he may have earned investment returns of $900,000. Therefore, it is estimated that he has a net worth of around $7 million dollars.

Lil Nas X quickly became one of the most popular celebrities of the 21st century. His very first song became a global phenomenon after it received a lot of attention in the viral mobile app, TikTok. Nas X can often be seen in awards shows with his music topping charts. He was named one of the “25 Most Influential People on the Internet” by the Time magazine, in 2019. 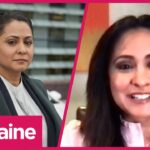 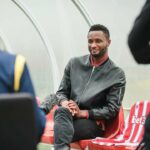