How much is Kenan Thompson worth?

Who Is Kenan Thompson

These days, Kenan Thompson is known for having the longest tenure of any cast member on Saturday Night Live (though, technically, if you count Darrell Hammond’s job as the show’s current announcer he would still hold the title). However, as some older fans may be aware, Kenan actually had quite an extensive career before he even arrived at Studio 8H at 30 Rockefeller Plaza.

But as always, a little background first:

Kenan Thompson was born on May 10th, 1978, in Atlanta, GA. His acting career started early at the age of 5, when his mother enrolled him in acting classes. His first role was that of Toto in a production of The Wiz, and from there began auditioning for numerous roles before finally landing his first prominent role on CNN’s “Real News for Kids” as an entertainment reporter.

After his stint on “Real News for Kids,” Kenan landed his first movie role in D2: the Mighty Ducks (and later the sequel D3, among other film roles). Soon after, he began his series of collaborations with this most famous (early) partner: Kel Mitchell.

American actor and comedian Kenan Thompson has a net worth of $12 million dollars, as of 2020. Best known for his comedic work on NBC show Saturday Night Live, Thompson went from earning $7000 to $25,000 per episode.

How did Kenan Thompson earn his net worth?

Kenan’s long-running tenure on SNL, along with all of his countless other projects over the years, had led to him having an estimated net worth of $11 million. It is not entirely known how much he makes per year on SNL, but the highest-paid and longest-tenured cast members are known to make at least $25,000 per episode (about $525,000 per year), so it is likely he makes at least that much as a cast member of the show.

In addition to his SNL role, his various movie roles over the years, and his current role as executive producer of All That, Kenan has also been the spokesperson for “Fandango” for a time, and recently was also named a spokesperson for Universal Studios. All of these ventures, plus the fact that he has shown no signs of leaving SNL, mean that his net worth will likely continue to rise year after year.

Kenan’s first real exposure to the national spotlight came in the Nickelodeon sketch comedy show All That, where the 16 year-old actor cut his teeth on what was essentially the kid-friendly version of Saturday Night Live (an interesting foreshadow of what was to come). It was clear right away that Kenan was bigger than All That and was destined to be a star, but as he showed later on in his lengthy SNL tenure, Kenan seemed to find more value in being a part of the team rather than try to venture out on his own and risk losing a steady job and income.

It was also during his stay on All That that Kenan began working with future long-time collaborator in Kel Mitchell, who was also a cast member on the show (though, interestingly, the first time the two actually worked together outside of All That was on The Steve Harvey Show). Their chemistry was clear, and it led to them branching out into other side projects, most notably the long-running Kenan & Kel and the movie Good Burger (which was a spin-off from a sketch the two did on All That). All the while, Kenan remained faithful to All That and remained on the show – as well as on Kenan & Kel – until both shows went off the air in 2000.

From there, Kenan went on to land a few other roles before landing his current, and arguably most famous, role as a cast member on Saturday Night Live in 2003, a role he has maintained since then. He has been a cast member on SNL for 17 seasons, topping Darrell Hammond’s record of 14 seasons (again, unless you count Hammond’s role as the show’s announcer, which he has held since he returned in 2014), during which time he has been nominated for a Primetime Emmy for Outstanding Supporting Actor twice and won an Emmy for Outstanding Original Music and Lyrics in 2018.

In addition to his SNL role, he has continued to play other roles in the entertainment industry, up to and including being the executive producer for the Nickelodeon reboot of All That in 2019.

Kenan Thompson is the rare breed in the entertainment industry: an actor with considerable talent and star power, someone who could likely find more success outside of his recurring role – and he’s done this twice, with All That and Saturday Night Live – but instead chooses to remain loyal to what he knows and what has made him successful. Is it better to stick with what you know and what you’re good at, even if it pays less? Or should you risk it all and leave your home base to try and find greater success elsewhere, even though you risk crashing and burning?

Kenan has certainly seemed to choose the former option. Whether it’s because he’s seen how much of a crapshoot leaving SNL has gone for some former stars and contemporaries of his, some of whom have succeeded (Will Ferrell, Kristen Wiig, Jimmy Fallon) and some of whom have not (Cheri Oteri, Chris Kattan, etc.), or because he just simply values loyalty and wants to stick with what he’s good at, Kenan has stood the test of time as one of the bedrock performers of SNL.

Indeed, one of Kenan’s biggest strengths as a performer on SNL is his ability – much like previous SNL cast members like Will Ferrell – to both carry a sketch on his own and also to be a superstar second banana who others can expertly play off of in a sketch; in fact, one of the most consistent fallbacks that SNL has used over the years has been “Kenan Reacts”, in which Kenan is either given a line of uncertain quality, or someone says a line to him in a sketch, and Kenan uses his incredible comedic timing to make the line funnier on his own or uses his inimitable facial reactions to make the whole thing just seem a little funnier. And it works every time. In a way, it’s the comedy equivalent of Kareem Abdul-Jabbar’s Sky Hook shot in basketball – it’s not flashy or even that exciting, but it’s the most reliable thing out there and gets the job done every single time.

Indeed, one of the best ways to summarize Kenan Thompson’s career has been that last line in the previous paragraph: he might not be flashy, he might not be the person who gets the most sex appeal or yields the highest Q rating, but he gets the job done reliably and is always right there when you need him to come through for you.

Could Kenan be a bigger star if he were to leave SNL? It’s possible. But is he currently the guy you can always go to when you need something to work; the person who shows up every week and makes everything around him better? You’re darn right. 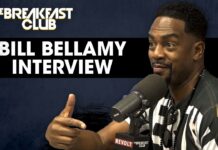