How much is Jeremy Corbyn worth?

Who Is Jeremy Corbyn

English politician Jeremy Corbyn served as Leader of the Labour Party and Leader of the Opposition from 2015 to 2020. This self proclaimed socialist leads a modest life, rides a bike to work and lives in a small house.

As of 2021, Corbyn’s total net worth is estimated to be about £3 million pounds ($4 million dollars).

Corbyn studied at Castle House Preparatory School and Adams’ Grammar School. After that he was pursuing college degree at the North London Polytechnic but he dropped out before the graduation. His political career dates back to early the 80’s.

His annual salary is about £125 thousand after you combine the income from his various functions. Corbyn grew up in large seven bedroom manor in Shrobshire. Although today he lives in much smaller property, due to high housing prices in London area even his modest Islington home is worth approximately £650 thousand. He can be seen in the neighborhood riding on his old bike.

In 2009, when British politics was hit with high parliamentary expenses scandal, Corbyn ranked as an MP with the lowest expenses of all. Corbyn consistently promotes higher income tax for the rich and cuts for the poor. Instead of making spending cuts, he suggests state-run investments to boost the economy. Such expenses would be financed by issuing new bonds. 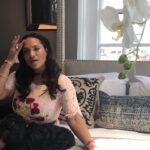