Maxine Moore Waters is an American critic, teacher, and politician. She’s best known for being part of the 43rd congressional district in California, in which she’s serving as the U.S. Representative. Her political career spans over five decades, during which she was a ranking member of the California State Assembly, House Financial Services Committee, and House of Representatives from California.

American politician Maxine Waters has a net worth of $2.5 million dollars, as of 2021. Waters is serving as the U.S. Representative for California’s 43rd congressional district since 1991.

How did Maxine Waters earn her net worth?

Being a politician that has been playing a crucial role in the U.S. House of Representatives for the past 40+ years is what made this business lady become a millionaire. Her political career started off right after she graduated from the Los Angeles State College. In 1973, she was hired to work as a chief deputy to David Cunningham Jr., the city councilman. In 1976, she was promoted to the California State Assembly. During her work in the Assembly, she also worked on the divestment of the state pension funds and other causes. By that time, her annual salary was no more than $150.000.

In 1990, following Augustus Hawkins’ retirement, she was elected to join the U.S. House of Representatives for the 29th congressional district of California. During her tenure, she has represented many large parts of the Los Angeles coastal communities of Playa Del Rey and Westchester, as well as south-central Los Angeles, and the cities Gardena, Inglewood, Hawthorne, and Lawndale. Towards the end of the century, during the Rodney King verdict, Maxine Waters gained national attention for her chant “No justice, no peace”, that later became one of the most important political slogans.

Maxine Waters first became famous in the 1970s when she became a member of the Californian State Assembly during the 48th district. She was born on August 15, 1938, in St. Louis., Missouri. She’s the fifth of thirteen children of Remus Carr and Velma Lee. One of her older sisters, also named Velma, recently passed away from COVID-19. Maxine was a keen fan of politics and journalism ever since her teenage years. She attended the Vashon High School in her home town.

Following her high school graduation, in 1956, she moved with her family to Los Angeles, California. There, she began working various jobs to support herself. Among some of the jobs, she worked are telephone operator and garment factory worker. In the early 1960s, she became an assistant teacher at the Head Start program in Watts. A few years later, she enrolled at the LASC (Los Angeles State College now known as the California State University), from which she earned a bachelor’s degree in sociology in 1971.

Being an influential member of the 29th, 35th, and 43rd districts of the U.S. House of Representatives from California is what makes Maxine Waters so successful. In addition to these, from 1976 to November 1990, she became a member of the California State Assembly from the 48th district. She also served as a ranking member of the House Financial Services Committee from 2013 to 2019, following which she became the chairwoman of the House Financial Services Committee.

Ever since her rise to the top in the 1970s, Waters has been continuously making history whilst leaving her name in the history books. She has been an outspoken opponent of the Iraq War and has opposed the mandatory minimum sentences. She’s very critical of the Tea Party movement and has opposed the 2004 coup d’etat in Haiti. In addition to that, she’s also known for her sharp criticism over the Republican Presidents George H.W. Bush, Donald Trump, and Democratic President Barrack Obama. Most recently, because of her prosperous political career, Waters was included in Time magazine’s “top 100 most influential people” from 2018 and 2019.

Maxine Waters is one of the most triumphant ladies in politics in all of the United States. She began her thriving political career in the 1970s, just after she received her bachelor’s degree in sociology from the Los Angeles State College. For nearly five decades, she has been one of the most influential political figures in California that has brought a lot of criticism and experience to the table. Her resume is certainly impressive and that’s the reason why her net worth currently exceeds $2.5 million.

This Maxine Waters Net Worth profile originated at WealthyGenius.com 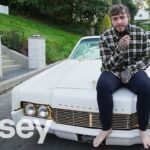