How much is Jeff McBride worth?

Who Is Jeff McBride

Jeff McBride is a unique performer who blends elements of myth, drama and illusion into his magic and performances that reflect his lifelong study of the arts.

American magician and magic instructor Jeff McBride has a net worth of $5 million dollars, as of 2021. McBride, also known as “Magnus”, is known for his sleight of hand. McBride’s performances blend traditional conjuring with elements of kabuki, a Japanese theater form.

At age 16, McBride was hired as the opening act for a musical group that was touring Japan. In Tokyo, McBride discovered an appreciation for Japanese culture and Kabuki theater.

After returning to New York, McBride studied at the American Mime Theatre and worked at the legendary Flosso magic shop. During this period, he studied with Jeff Sheridan, Lou Lancaster, Bobby Baxter and Milbourne Christopher.

McBride opened for rock concerts and performed in nightclubs, which eventually led to appearances in Atlantic City and at Caesars Magical Empire in Las Vegas. He returned to perform and study in Japan and later became the opener for Diana Ross during a national tour.

In 1994, McBride starred in an episode of television’s “Star Trek: Deep Space Nine” in a role that was created for him.

In July 2005, McBride set world records in three categories: 1) most coin rolls in a minute, 31; 2) most consecutive multi-coin rolls, eight silver dollars, four to a hand, 18 consecutive coins rolls in five minutes and 43 seconds; and 3) one-handed card scaling, 106 cards clearing a distance of 12 ft within 60 seconds.

McBride is a highly respected magic authority and has published some of magic’s best selling instructional videos, which include: 1) three-disc sets that cover the manipulation of cards, coins, balls and thimbles, 2) Zoom, Bounce, And Fly and 3) Magic At The Edge.

McBride is the founder of the “Magic & Mystery School” that offers “Master Class” seminars for magicians. In addition to his busy touring schedule, McBride developed and starred in his live show, Magic At the Edge, and produced the “Wonderground” nightclub experience. 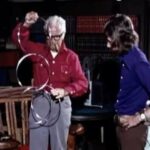 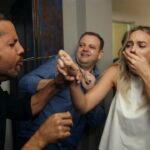