How much is Jeff Dunham worth?

Who Is Jeff Dunham

Jeff Dunham (born 1962) is an American comedian, famous for his stand-up comedy and, in particular, his ventriloquist act, featuring puppets such as Walter, José Jalepeño on a Stick, and Peanut. He is known for being as offensive as possible and has made a name for himself with his particular brand of blue comedy. His act went viral on YouTube in 2007 for a performance with his puppet Achmed the Dead Terrorist, which has since become one of the most watched videos on the site.

How Did Jeff Dunham Get So Rich?

It was Dunham’s move to Comedy Central which really made him rich. He was making $70,000 a year when he was at university from his performances and he is now one of the highest paid comedians in the world, earning $15-$30 million a year. The key to Dunham’s wealth lies in just how good he is at finding new ways to make money. He doesn’t just focus on live shows (although he can make 38 million a year in ticket sales) or his TV performances. He has sold over 10 million DVDs, takes on guest roles in popular shows and movies, and has sold millions of books. Not only that, Dunham also uses his puppets to his advantage when it comes to getting rich. He has set up an online store where you can buy working puppets of Peanut, Achmed the Dead Terrorist, Bubba J, and more. You can also buy plushies of all his favourite characters, t-shirts, bobbing heads, or an etched dinnerware set. You can even get your very own Jeff dummy, with accompanying instructional DVD and carry case. Is is clear that Dunham knows exactly what makes him so popular and is very skilled at marketing himself.

Dunham was given a ventriloquist dummy for his 8th birthday and has practised the art ever since. He started his performing career in his teens, where he would perform for local celebrities and roast them to the delight of the audience. His act got bigger in his university years and he started to perform throughout the country.

Dunham got his first big break as a variety act on Broadway in the show Sugar Babies. He later moved to Los Angeles to hone his act in the comedy clubs there. In 1988 Dunham got asked to perform on the Tonight Show (a long time dream of his), where he did an act with his puppet, Peanut. This gig, however, did not lead to instant stardom for Dunham, and he spent the next 12 years continuing to do the comedy club circuit. Finally, in 2003, Dunham was asked to perform for a Comedy Central special, and his career has only been on the rise since then. His specials on Comedy Central are watched by millions of people and have been translated into at least eight different languages. He has had guest roles in hit TV shows such as 30 Rock and in movies such as Paul Rudd‘s Dinner for Schmucks. His act with Achmed the Dead Terrorist went viral on the internet in 2007, and it blasted him into the consciousness of a younger market (although it also caused a lot of controversy). In total, Dunham has had nearly a billion Youtube views!

What Makes Dunham So Successful?

Dunham’s success can be really put down to his perseverence. He put the hours, days, months, and years into growing his live act. First for local church groups, then at his university, then over a decade spent in comedy clubs. At any point, he could have given up and looked for a different career, but he didn’t. He kept on working, kept on honing his craft, and eventually got his big break. He is also savvy at finding money-making opportunities, using his brand of humour and his puppets to his advantage in selling products.

Jeff Dunham has had a remarkable career. He has been working on his ventriloquist act since the age of eight and he is now one of the richest and most successful comedians in the world. Dunham’s perseverence, hard work, and ability to understand his most interesting selling points are what has made him the huge success that he is today and who knows what he is going to unveil next? 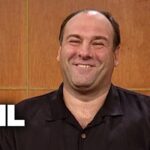