How much is Jason Bateman worth?

Jason Bateman is an American actor who first became famous for his role as Michael Bluth on the television sitcom, Arrested Development. After his appearances in 84 episodes the show came to an end in 2019, for Bateman however, his fame was peaking from his appearances in the Netflix crime drama series, Ozark. While predominantly known for his roles on television, Bateman is also a film actor having appeared in popular films like, Game Night, Bad Words, The Change-Up, and The Gift.

Bateman began his career in 1981, appearing as James Cooper in Little House on the Prairie until 1982, and for 21 episodes. After appearing in a couple of TV movies he later appeared as Derek Taylor in Silver Spoons and since then has appeared in a total of 32 TV series. He is also a notable director, in fact, Bateman became the youngest-ever Directors Guild of America director when he directed three episodes of Valerie (1986) at the age of just 18 years old.

American actor, director and producer Jason Bateman has an estimated net worth of $30 million dollars, as of 2023. Bateman is best known for his appearances in Arrested Development and more recently, Ozark.

Not only has Bateman been a director, but also a producer. Together with his father and his sister, at 18 years old, Bateman formed a Hollywood repertory stage company. They produced the TV movie Can You Feel Me Dancing? (1986). Since then, Bateman has continued to produce. He started the production company called DumbDumb, which creates short, comedic filmed advertising in 2010. In 2012, he founded the motion picture production company Aggregate Films with his daughter Francesca and wife Amanda.

In its peak, Jason Bateman earned $100,000 per episode to an estimated $125,000 for his role as Michael Bluth in Arrested Development. More recently, he earned a reported $300,000 per episode for his role as Marty Byrde in Ozark. Bateman has also appeared in films during his career and earned income as a producer and as a director. Most notably he produced all 44 episodes of Ozark, and directed 9 of the episodes. In total, when combining his earnings from the appearances that he has made as himself, including in advertising, Bateman has likely earned around $55 million dollars.

Of that amount, $4-7 million is expected to have been paid in business related costs. The remainder, $49.5 million, will have been taxed at a rate of around 49% as Bateman has been residing in the state of California. After tax, it is estimated that his career earnings are at around $25.24 million dollars, having paid $24.26 million dollars in taxes.

Jason Bateman married Amanda Anka in 2001 and they remain together. They have two children together, and after having struggled with addiction to alcohol and drugs in the 1990s. Bateman has since recovered. Having not drank alcohol in ten years, and being a cyclist and a runner, has served him well. “It’s my meditation time,” he has said. “I clear my mind and think about the day.” This leads one to believe that he has also made wise financial decisions for himself and his family.

In real estate, some of Bateman’s money has been invested into property in Los Angeles. Including a $3 million dollar home that he bought in Beverly Hills, in 2013. He has also invested additional sums into renovation and, in 2018, bought the adjacent property for around $2 million dollars. Today, the value of the property is estimated to be around $7-8 million dollars. He will have also invested some of his money into financial securities, including stocks and bonds.

Bateman won Screen Actors Guild awards in 2019 and 2021 for the role. And in 2020, he won an Emmy for directing the episode titled “Reparations.”

After battling addition to alcohol and drugs in the 1990s, Bateman emerged as a popular television star who earned $300,000 per episode for Ozark. He has also earned $100,000 per episode for his previous big hit role in Arrested Development, millions from his film acting work, and more besides from his behind the scenes involvement, including directing and producing. His marriage has stayed strong for over 20 years and the actor has invested sums of money into real estate, and more than likely, the American stock market. In 2017, he was awarded a Star on the Hollywood Walk of Fame. 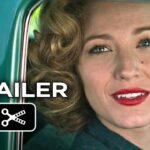 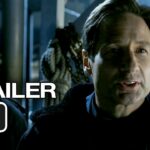