How much is Blake Lively worth?

As a conniving Gossip Girl and sharing a magical set of jeans with her three best friends in The Sisterhood of the Traveling Pants.

Who Is Blake Lively

As Gossip Girl’s Serena van der Woodsen, Blake Lively rules the small screen each week as she and her Upper East Side cohorts fall in and out of scandal, intrigue and sordid relationships all while wearing the hottest fashions. In real life, Blake rules the fashion magazines in gorgeous outfits and manages to lead a much less tumultuous existence than her television counterpart. However, soon enough she may find herself encountering more chaos as her career continues to heat up with each new role she takes on.

Blake Lively has a ballpark net worth of $30 million dollars as of 2021.

Performing is literally in her blood. Blake is the daughter of veteran actors Ernie and Elaine Lively, the sister of Eric Lively and half-sister to Lori Lively, Jason Lively and Robyn Lively. Ironically, although she grew up observing her parents as they taught acting classes and even had a small part in her father’s 1998 film Sandman, Blake had absolutely no interest in the family business.

Instead, Blake enrolled in Burbank High School and took an active role in school activities like show choir and cheerleading. When she was 15, her brother, Eric, stepped in and convinced her to give the profession a shot. Thus, the summer preceding her senior year of high school, Lively went out on a handful of auditions. It was during this time that she would win the part that would become her breakthrough role: Bridget in 2005’s The Sisterhood of the Traveling Pants, which co-starred America Ferrera, Amber Tamblyn and Alexis Bledel.

During this time she also began and maintained a three-year relationship, from 2004 to 2007, with actor, Kelly Blatz. Soon after Sisterhood, Lively appeared alongside Justin Long in the college comedy, Accepted and the horror film Simon Says. Neither film was a substantial success but Lively continued to pursue roles, including winning the role of Anabelle, in the dark independent film, Elvis and Anabelle.

In 2007, Blake would land her most well known role to date: Serena van der Woodsen in the wildly popular CW series Gossip Girl.

Immediately, she and her co-stars became the talk of the town and tabloids. While most of the talk circulating was fabricated, rumors of Lively’s burgeoning romantic relationship with co-star Penn Badgley were not. Regardless of the offset rumors and relationships, the show maintained a loyal following from its fans and continues to be a mainstay for the network.

During her down time from Gossip Girl, Blake has managed to strike a good balance between her personal and public life. Not only has she taken on a series of varied roles but has also appeared as a cover girl for numerous publications and maintained her long running relationship with Badgley until the couple finally parted ways in the fall of 2010.

Running With The Big Dogs

In 2008, she, Ferrera, Tamblyn and Bledel all returned for The Sisterhood of the Traveling Pants 2, which garnered critical praise and significant box-office success. Blake would receive even more positive reviews for her role in 2009’s acclaimed, The Private Lives of Pippa Lee.

Following the success of Pippa Lee, 2010 has seen Lively’s career enter white-hot territory. In September 2010, she appeared as Krista in Ben Affleck’s The Town. In 2011 Blake will continue to heat up the silver screen, as Carol Ferris, in the highly anticipated The Green Lantern opposite Ryan Reynolds. The two became romantically involved straight away and were married in 2012.

Even though Blake has grown up in and around the business she has only been active in her career for a relatively short time. However, despite her fairly brief career span, so far, she has managed to amass an impressive resume of roles and be a class act and role model. As opportunities continue to come her way there is no doubt that Lively will be a shining star among her generation for years to come.

Defining Quote “I grew up with the mindset that when you get home from work, you go to dinner and watch a movie. I don’t want to be going to a club and taking off my panties.” 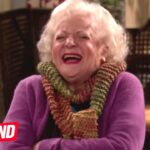 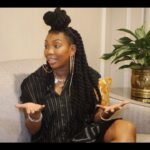