How much is James Cameron worth?

Who Is James Cameron

Though many directors who become famous are praised for their story telling and interesting characters, few are lauded for being as technically skilled like James Cameron is. With surprisingly few films to his name, James Cameron is a writer, director, and producer in Hollywood who has been working for over 40 years. Often taking long periods of time between movies, waiting until the technology catches up to his ambitious vision, Cameron creates state of the art films that cause paradigm shifts in the industry, such as Terminator 2: Judgement Day, Titanic, and Avatar. Cameron’s movies generally gross billions of dollars at a time, he turns nobodies in to movie stars overnight, and even critics of his work will line up to see his movies on opening night.

How Did James Cameron Get So Rich?

Cameron’s nine movies have made almost billion dollars worldwide, with Titanic grossing over $2 billion, and Avatar totting up almost $3 billion! That is incredible considering that his films are almost completely original and not part of an existing franchise, which is almost the only way a movie can make a profit these days. For creating Avatar, the director banked $350 million, which is the highest salary for directing a film in history, and that doesn’t include a DVD and syndication sales.

Avatar was the highest grossing movie of all time for a full ten years until it was finally dethroned in 2019 by The Avengers: Endgame, and considering the cost of movie tickets have increased year on year due to inflation, staying at the top for 10 years is quite an achievement. And before that, Titanic was the highest grossing movie ever made for 16 years before it was dethroned by Avatar. Interestingly, Cameron claims he didn’t make any money from Titanic, but by that point in his career he was already worth tens of millions.

Cameron made a name for himself in the 80s with the sci-fi thriller, The Terminator, with Arnold Schwarzenegger playing the titular villain. The movie was a box office hit at the time, coined a slew of catch phrases, and started a billion dollar franchise. James Cameron singlehandedly turned Arnie in to a movie star, and he could arguably be to blame for Arnie going on to become governor of California too. Cameron cast Arnie in The Terminator, its sequel, and the spy thriller True Lies. Though the former wrestler barely had any acting range, Cameron saw how vibrant he was on screen, and so did audiences, as the the movies they worked together on grossed a total of almost one billion dollars.

After the success in the 80s, Cameron became the most successful and most logistically proficient filmmaker in the world, giving Steven Spielberg a run for his money. In 1991, the director released Terminator 2: Judgement Day, and action movie would never be the same again. The movie paved that way for gigantic chase scenes with trucks being upturned and explosions filling long shots. Cameron followed up the action movie with Titanic, which made over $1.5 billion worldwide and even enjoyed a theatrical run 20 years later on this time in 3D. And the reason why Titanic was so popular was because it appealed to everyone. Titanic is essentially a love story, but it is wrapped in a giant disaster movie.

Cameron was briefly married to one of his peers, fellow director Kathryn Bigalow, the mind behind Strange Days and The Hurt Locker. Though Cameron sets his sights on movies that were larger than life itself with gigantic sets, robotic practical effects, and creating entire worlds inside of computers, Bigalow looked inwards, creating remote tactical political war thrillers such as The Hurt Locker and Zero Dark Thirty. The two famously went head to head at The Academy Awards on the heels of the divorce, as both of them were nominated for Best Picture in the same year, Cameron for Avatar and Bigalow for The Hurt Locker. Surprisingly, Bigalow beat Cameron’s Goliath record breaking movie and took home the award.

Cameron also played himself in Entourage, a popular HBO show that chronicles the life of a fictitious upcoming movie star. Playing an exaggerated version of himself who loves water, Cameron directs an adaptation of Aquaman, and this was long before the DC cinematic universe began. In the show, the fictional movie had the greatest opening weekend box office result of all time, which was amusing as it played in to Cameron’s huge ego, something that he is known for, and it also foreshadowed the success of Avatar, which came just a couple of years later.

What Makes Cameron So Successful?

The director is the frontier of CGI. Though it was experimented with in the past, such as in the Star Wars prequels, Avatar started the movement in the film industry and Cameron proved it was at the point where it was a viable option to replace practical effects. And before Avatar, it was only documentaries shot specifically for IMAX the were in 3D, but now almost every blockbuster movie that has been released since has been shot in 3D or has been transferred to 3D. And that is owed to Avatar.

Even though Cameron is successful for helping to advance CGI technology in the film industry, he was also a master of practical effects, as the Director’s Cut of Terminator 2: Judgement Day has become more popular than the original cut of the film. The Director’s Cut features more of the animatronic exoskeleton that the T1000 is made out of and for the time, it was one of the most visually impressive scenes in history, equaling that of any Kubrick invention.

Oddly enough, Cameron loves water, and it’s his love of water that makes him so successful as well. As water is so technically difficult to shoot in and around, most directors will steer clear of it, but Cameron isn’t afraid to dive right in. He even climbed in the below-freezing water with Kate Winslet and Leonard DiCaprio when he was shooting Titanic.

Where most movies generally need a bankable movie star to people interested in a movie, even for films made by the most famous of directors such as Steven Spielberg, Martin Scorsese, and Quentin Tarantino, Cameron might be the only director in the world who doesn’t need to do that. There is an argument to be made whether it’s the huge budget, action packed thrill ride that his movies are, or if it is their performances, but Cameron turns minor actors in to movie stars overnight, from Sam Worthington in Avatar, to Arnie in Terminator, to DiCaprio in Titanic. All of them have gone on to lead many huge movies in the wake of their work with Cameron.

However, casting unheard of actors isn’t always by choice, as Cameron famously wanted Matt Damon for the lead role in Avatar, even offering the Bourne actor 10% of the movie’s gross profit. As the movie made $2.5 billion, Damon would have made $250 million off the movie, which would have been the highest salary for an actor in history.

As the director spends year, and even up to a decade, researching for his films and working on technology in the industry, his movies capture audiences in a way no other film does, and for that reason James Cameron has an estimated net worth of $720 million. He is currently shooting three Avatar sequels back to back, and though there aren’t many details or specifics about the movies, he is shooting them back to back. Cameron has been working on them ever since the release of the original movie, so don’t expect to see them released any time soon. 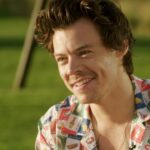 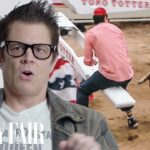