How much is Emma Stone worth?

Whether she’s pretending to sleep with the entire male population of her high school class or she’s whacking a zombie, Emma Stone is gearing up to become the next comedienne-actress of this generation. Although she’s a natural blonde, who went red at the suggestion of Superbad director Judd Apatow, she still wins a place as one of our favorite (bottled) redheads.

Who Is Emma Stone

Certain actors and actresses have the ability to impress us not only with their perfect acting but also with their looks or specific traits. Emma Stone is one of those talented actresses who put a spell on us with her gorgeous green eyes, her husky voice, and her acting skills.

Emily Jean Stone was born on November 6, 1988, in Scottsdale, Arizona and she is of Swedish, German, and British Isle descent. She started acting at the age of 4 and she was part of the Pheonix Valley Youth Theater program. At the age of 15, she convinced her parents with a PowerPoint presentation called “Project Hollywood” to let her move to Los Angeles. Her approach was successful and she and her mother moved to LA in 2004. She immediately began auditioning and she got her first role the same year, after winning the part of Laurie Partridge in the VH1 reality show In search of the Partridge Family. The show was not a success but it was the starting point of her career.

How did Emma Stone get so rich?

Emma Stone’s net worth has grown in recent years recently landing her biggest paycheck to date, from the movie “La la Land”. She earned $26 million exclusively from that movie, and today Emma is one of the highest-paid actresses, according to Forbes.

Movies are not her only source of income. She is also the ambassador of the Louis Vuitton brand and that contract was estimated to be worth between $6 million and $10 million.

Her fame didn’t come overnight and before starring in her first movie she appeared in a couple of TV-Series and lost a part to Hayden Panettiere in the 2006 TV-Series “Heroes”. Ultimately she made her film debut in “Superbad” (2007), alongside Jonah Hill and Michael Cera. After that, her career began to take off and she appeared in movies similar to that. In The House Bunn (2008) and Zombieland (2009) she was still playing supporting roles. In 2010 she got her first role as a leading actress in the movie Easy A. She even received a Golden Globe nomination for her part as Olive, a bright high school student who’s reputation is stained by rumors. The movie is inspired by the book A scarlet letter by Nathaniel Hawthorne. Emma Stone had the world at her feet after this part and things only got better for her.

Crazy, Stupid, Love (2011) was her next movie which helped her become more famous. There she starred alongside Ryan Goslin and Steve Carell and the film was well-received by the critics while grossing $145 million against it’s $50 million production. Her first drama came soon after when she played an aspiring young author in the movie “The Help”. The movie won an Oscar and a Golden Globe.

Her “Project Hollywood” turned better than she expected and it took her less than 7 years to become admired for her talent and charm. In the years to follow she managed to add more and more to her resume and she proved not only that she fulfilled her dreams but that she could be one of the best. In 2012 she was Peter Parker’s girlfriend in the movies The Amazing Spider-Man 1 and 2 and she starred once again with Ryan Gosling in Gangster Squad (2013) and in the next year she played alongside Colin Firth in the romantic comedy Magic in the Moonlight. 2014 was another great year for Emma Stone because she received an Oscar and a Golden Globe nomination for her role in the movie Birdman or the Unexpected Virtue of Ignorance with Michael Keaton and Edward Norton. The movie went on to win the Best Motion Picture of the Year award.

In 2014 she made her Broadway debut with Cabaret and her performance and talent were noticed by director Damien Chazelle who gave her the leading role in the musical drama La la Land. The movie appeared in 2016 and told the story of Mia, a young aspiring actress, and Sebastian a jazz musician who fell in love but eventually having to choose between dreams and their relationship. The movie was a great success, won 7 Golden Globes, and brought Emma Stone her first Oscar for the Best Performance by an Actress in a Leading Role.

Battle of the Sexes (2018) is a movie in which she portrayed the tennis player Billie Jean King for which she received another Golden Globe nomination.

Together with Jonah Hill starred in the Mini-Series Maniac (2018) which is about two strangers who undergo a pharmaceutical trial. She got another Academy Award nomination for her role in the historical drama The Favourite (2018). In 2019 she replayed her role from Zombieland.

Emma Stone has that natural charisma and she is a very versatile actress as well. By setting her heart on Hollywood at the age of just 15, and with a family who supported her vision, she’s received incredible nominations and already won an Oscar for Best Actress.

She knew from the very beginning what she wanted and she worked hard to fulfill her dreams. She is ambitious and driven and even though she didn’t succeed at first she kept trying. She even worked at a Dog Bakery after she moved to Hollywood. She has a really powerful personality which only helps her accomplish whatever she wants. She has an iconic, husky voice which makes her stand out when she speaks. She is a down to earth person and she is proof that fortune and fame do come to people who work hard and do not get discouraged at their first fail.

We calculate Emma Stone is worth $33 million dollars in 2020.

There is no need to say Emma Stone is a very talented actress the Oscar she has won already proves it. Her performance in movies such as La la Land, Birdman or The Favourite will remain for generations and they will remind us how gifted Emma Stone really is. It is impossible not to be charmed by her talent, unique beauty, and perseverance. 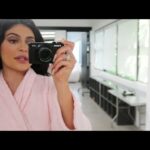 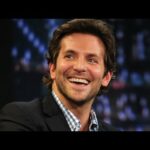