How much is Eddie Griffin worth?

Who Is Eddie Griffin

Missouri is one of the 50 Unites States and is commonly known for the Kansas City Chief NFL team, barbeque, and Anheuser-Busch beer; however, it is also the home state of the famous comedian Edward (Eddie) Griffin. Griffin was born in July of 1968 and was raised by his single mother who worked as a phone operator.

When he turned 16, he decided to move to Compton, California to live with his cousins. With no real direction and a new father, at 18 years old Griffin enlisted into the United States Navy. Although this was a step forward, he was discharged within a few months due to drug use. His drug use eventually led him to participate in multiple fights which landed him in jail with assault charges. When he got out of jail, Griffin turned to dancing and painting labor to make ends meet.

In 1989 while Griffin was visiting a comedy club open mike, he decided to jump on stage and give it a try. By the end of his skit he had the crowd roaring with laughter and received a standing ovation. His popularity at the comedy club fueled Griffins desire to get more gigs. He eventually was able to talk himself into acquiring more gigs and began touring with Andrew Dice Clay. His tour with Andrew Dice Clay opened the door to his comedy and acting career.

As of 2021, American comedian Eddie Griffin has a net worth of $5 million dollars.

How Did Eddie Griffin Get So Rich?

While touring and serving as Clay’s opening comedy act Griffin earned some income; however, when he landed his role on the hit show Malcom & Eddie he truly began acquiring wealth. His role in the hit show opened the door to his roles in large movies and TV shows such as The Walking Dead, Double Take, Scary Movie 3, Norbit, and A Year Without a Santa Clause. His success staring in leading roles pushed him to learn more about the film and television industry. Soon, Griffin began producing, screenwriting, film directing, and television directing in addition to acting and comedy tours. All of these revenue streams have enabled him to acquire a net worth of approximately $5 million dollars.

Eddie Griffin is well known for his stand up comedy skits and for touring with the famous comedian Andrew Dice Clay. After completing a tour with Clay in 1992, Griffin landed his first movie role for The Meteor Man. His success starring in this movie opened the door to his roles in The Walking Dead, Double Take, Scary Movie 3, Norbit, and the hit television series Malcolm & Eddie. Over the years, Griffin has starred in approximately 45 movies, 8 television series, and has made 5 music video appearances. Most notably, Griffin is famous for his participation in the Malcom & Eddie TV series that aired from 1996 to 2000. While on the show, Griffin captivated audiences by holding their attention and making them laugh.

What Makes Griffin So Successful?

Talent is something that each individual has within themselves. It is something that is unique to each of us and helps us decide what we should dedicate our lives to. Athletes are talented on the field so they often decide to dedicate their body and time to becoming better and better at their selected sport. Griffin is a multi-talented actor and comedian. His ability to make people laugh, portray interesting characters, and captivate diverse audiences is what has led him to become such a successful actor and comedian. Furthermore, his intellect and curious nature has pushed him to enter into the production, directing, and writing facets of TV and film as well.

While comedians are often overlooked for their talents, it is true that most people are willing to pay someone to make them laugh. Whether it be at a live comedy show, a TV sitcom, or a comedy film the comedy industry is booming. Eddie Griffin has successfully capitalized on his natural comedic talent by touring as a comedian, starring on hit TV shows, and working on multiple movies. As the years have gone on, he has successfully grown his net worth by diversifying his talents to include screenwriting, production, and directing abilities. Today, Eddie Griffin is 58 years old and worth over $5 million dollars. Missouri should be proud to call Griffin one of their own. 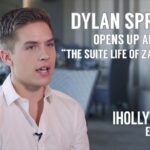 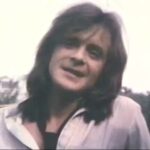