How much is Deepika Padukone worth?

Who Is Deepika Padukone

Deepika Padukone was born January 5, 1986 in Copenhagen, Denmark. Her family moved to Bangalore when she was still an infant. She is the daughter of former badminton Champion Prakash Padukone.

Deepika Padukone began her career as a successful fashion model. She became worldwide known when Maybelline selected her to be their international face of Covergirl. She was awarded the title of Model of the Year and Playboy Magazine Cover Winner at the Kingfisher Fashion Awards. She was chosen for the Kingfisher Swimsuit Calendar for 2006 and won two trophies at the Idea Zee F Awards: Female Model of the Year and Fresh Face of the Year.

Other illustrious jobs for Padukone include brand ambassador of Kingfisher Airlines and Levi Strauss.

Deepika Padukone made her cinematic debut in the Kannada film, Aishwarya (2006). She went on to star in the Bollywood hit Om Shanti Om starring opposite Shah Rukh Khan. Her portrayal of 1970s superstar Shantipriya received great critical acclaim.

Padukone is currently working on several new films, including the female lead in Nikhil Advani’s Made in China opposite Akshay Kumar. 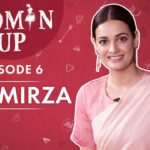 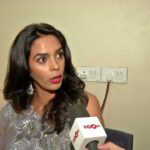