How much is Dax Shepard worth?

Who Is Dax Shepard

Dax Shepard is an American actor, director, writer, and podcast host who’s known for his appearances in comedies and adventures. His most popular roles to this day are in the films “Without a Paddle”, “Zathura: A Space Adventure”, “Employee of the Month”, and “Idiocracy”. Just before he began working as a professional actor, Dax worked for the popular television series “Punk’d”. In 55 episodes of the hidden camera practical-joke reality, he worked as an accomplice in the pranks.

Apart from several films that he’s known for, the actor and director also took part in a wide variety of television series, which further boosted his fame and wealth. “King of the Hill”, “Robot Chicken”, and “Parenthood” are just a few of the television series that helped the young actor.

How Did Dax Shepard Get So Rich?

Working for “Punk’d” as both an actor and accomplice in the pranks also helped Dax become rich. Before that, he had two stint roles in the 1998 comedy “Hairshirt” and the 2003 comedy “Cheaper by the Dozen”. A year after he joined the cast of “Punk’d”, he starred in the comedy film “Without a Paddle”, which marked his film debut. The film was his official film debut in which he actually receives credits and a leading role. Despite the negative reviews that it was met with, the film was a commercial success and soon it amassed more than $60 million in the box office.

Starting in 2004 with his appearance in two episodes of “Life with Bonnie”, Dax received a few roles in television series such as “King of the Hill”, “My Name is Earl”, “Robot Chicken”, and “Halfway Home”. In 2010, he received his first main role in a television series in the comedy-drama “Parenthood”. For five years, he portrayed the role of Crosby Braverman, which eventually earned him a nomination for his first People’s Choice Award in the category “Favourite Dramatic Television Actor”.

Dax Shepard became famous after he landed a role in the reality series “Punk’d”. He was born on January 2, 1975, in Highland Township, Michigan. His father was a car salesman and his mother worked as a janitor at the General Motors company. After his parents divorced, Dax moved to Milford, Michigan with his mother. During most of his teen years, he spends a lot of time on the road with his mother, going from one racetrack to another.

What Makes Shepard So Successful?

The success of Dax Shepard came after roles in comedies/adventure films as well as various reality shows and television series. After appearing in more than half of the episodes of the show, Dax returned for the revival of “Punk’d” in 2012. Since the early 2010s, besides working as an actor, he also became a director, editor, writer, and stunt coordinator for various productions such as “Brother’s Justice”, “Hit and Run”, and “CHiPS”.

His recent appearances in television are in “The Ranch”, “Bless This Mess”, and “Spin the Wheel”. In the latter, besides being the host, Dax is also a producer. Apart from his successful career in the show business, he’s also known for his podcasts and relationship with Kristen Bell, whom he married in late 2013. In February 2018, he launched his first podcast titled “Armchair Expert”, which was so triumphant that it became the most popular new podcast on iTunes in 2018. Most recently, it was revealed that Shepard will host the revived “Top Gear America”.

Besides being one of the most successful alums of UCLA, Dax Shepard also remains one of the most favorite faces of the hit reality series “Punk’d”. Thanks to the show, he received a lot more opportunities and was able to flourish not only as an actor but in other fields as well. Whether it’s directing, writing, or even hosting his own podcast, Shepard quickly finds success in everything he starts. 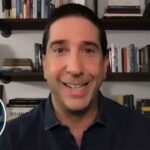 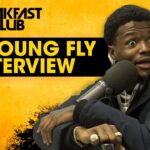