Roma through and through, Daniele De Rossi is a fans’ favorite and a vital cog in the midfield engine room.

An all-round midfielder, De Rossi can score goals, defend and dictate the tempo of a game. His distribution may not be quite on a par with the sublime passing of international team-mate Andrea Pirlo, but here is a player who is loved by Roma supporters because of his apparent destiny to be a one-club man, thus following in the footsteps of club idol Francesco Totti.

A World Cup winner with Italy, De Rossi is one of the first names on the team sheet for club and country. He symbolizes that defiance that won Italy the 2006 World Cup, and doesn’t look like the archetypal Italian midfielder, all muscle, with cropped hair.

Italian former professional footballer Daniele De Rossi has a net worth of $30 million dollars, as of 2021. De Rossi played as a defensive midfielder. He is mostly known for his time playing with his hometown club Roma in Serie A. Daniele De Rossi is also a former Italy national team player.

After joining Roma’s youth system in 2000, De Rossi made his Champions League debut against Anderlecht in October 2010 and his Serie A debut against Como in early 2003.

De Rossi helped his side finish second to AC Milan in the 2003-04 Serie A season. Indeed, the Lido di Ostia born star has been a serial runner-up with the club, as Roma also finished second in 2006, 2007, 2008, 2010 and 2014. They were the victims of Inter Milan’s dominance in the noughties and then Juventus’ re-emergence on the grand stage, but De Rossi helped them achieve Coppa Italia success in 2007 and 2008, beating Inter both times.

De Rossi’s career has not been without incident. His reputation was enhanced in a league match against Messina on March 19, 2005. De Rossi scored for Roma, but replays clearly showed he had used his hand to force the ball over the line. He then told referee Mauro Bergonzi that he had scored illegally and the goal was disallowed. The official praised him for his honesty after the game.

In 2006, a 22-year-old De Rossi was given a straight red card in Italy’s 2006 World Cup clash with the USA. His blatant elbow on Brian McBride earned him a four-match ban, and is one of the tournament’s more unsavory memories. He did not reappear until the final when he replaced Totti and helped the Azzurri beat France on penalties.

His class showed through, though, as he approached McBride after the match and apologized for his actions. Such a move attracted praise from McBride and spared him more severe criticism in the world media.

De Rossi performed well for the Italian under-21s, winning the 2004 UEFA European Under-21 Championship. He also collected a bronze medal at the Athens Olympics in the same year.

He scored on his debut at senior level in a 2006 World Cup qualifier against Norway when he was 21. Owing to that red card against the USA, he played little part in the World Cup victory, but scored a penalty in the final as the Azzurri triumphed against France on spot-kicks after a 1-1 draw.

De Rossi was in good form, featuring in both defense and midfield as Italy reached the final of Euro 2012 before being blown away by Spain in the final.

De Rossi has captained Italy and is seen by many as the eventual successor to Fabio Cannavaro.

This Daniele De Rossi Net Worth profile originated at WealthyGenius.com 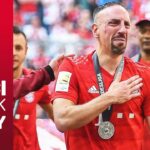 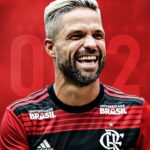