How much was Carroll Shelby worth?

Carroll Shelby is an American automotive designer, author, entrepreneur, and racing driver. He became popular when he established the vehicle manufacturer “Shelby American” in 1962 and from his involvement with AC Cobra and Mustang. In addition to these business ventures, Shelby published his own autobiography and was a race car driver who achieved a lot of success. His most notable achievement is being the co-driver of winning the 24 Hours of Le Mans in 1959.

American automotive designer, racing driver, and entrepreneur Carroll Shelby had a net worth of $50 million dollars at the time of his death, in 2012. Even non-car enthusiasts have heard of the Ford Shelby Mustang, less know that it got its name from Carroll Shelby who modified this iconic design in the late 1960s and early 2000s.

How did Carroll Shelby earn her net worth?

The entrepreneur became rich when he began pursuing his business ventures. Before that, in 1952 he began driving professionally and was earning a little over $3.500. His very first appearance on a race was at the January edition of the Grand Prairie Naval Air Station event. He made a name for himself very quickly in the mid and late 1950s by participating in events based in Europe and the United States. By 1956 and 1957, he was already making more than $500.000 per year and was named Sports Illustrated’s “driver of the year”.

During his decade-long career as a driver, Shelby was able to make not only millions but take part in many Grand Prix races such as the Portuguese, New Zealand, British, and Los Angeles. His last entry came in the 1959 Italian Grand Prix, which was followed by his retirement. By the 1960s, with the millions that he made, he became a businessman. After several years of preparation and dealerships with other established names in the business, in mid-August 1962, he founded his first high-performance vehicle manufacturer Shelby American Inc.

Carroll became famous in his late twenties when he started his driving career. He was born on January 11, 1923, in Leesburg, Texas. His father, Warren, worked as a rural mail carrier, and his mother, Eloise was a homemaker. Ever since he was at the age of seven, he has been facing heart problems that led to health complications throughout his entire life. He became interested in speed and car racing during his childhood.

The passionate race car driver was raised in Dallas, Texas. He attended the Woodrow Wilson High School, from which he graduated in 1941. By his teenage years, because of his passion for car driving, he was already driving and taking care of his father’s Ford. Later, he attended the San Antonio Aviation Cadet Center from which he earned his education as a pilot. Prior to building and racing cars, until 1952, Shelby made a living off of raising chickens among other similar professions.

The reason why Carroll Shelby is so successful is his many different professions. At the peak of his career, in the 1960s, he also began working with several partners. The first one was Dodge, with whom he modified several cars such as “Shelby Charger”, “Omni GLH”, “Dodge Daytona”, and “Shadow Competition” to name a few. In his late years, he began working on other projects – “Oldsmobile-Series 1”, “Ford Shelby”, and “Non-Ford Shelby” among many others. From the end of the 20th century to the beginning of the 21st, he has created hundreds of sports cars and has licensed his name to many products both in and outside of the automotive industry.

Besides car racing, Shelby has ventured into many other businesses. He founded another company named Shelby Licensing, marketed chili fixings kit, men’s grooming products, and a line of alloy wheels. In the recent years, he established a foundation titled “Carroll Shelby Children’s Foundation”, which supported children with heart diseases. In addition to these, he also became an author who published his autobiography called “The Carroll Shelby Story”. Most recently, it inspired the film adaptation of the same title, which not only amassed over 240 million on the box office but also earned a number of prestigious awards such as Golden Globes and Screen Actors Guild Awards.

Carroll Shelby is one of the most respected car racing drivers and designers of all time. He spent almost his entire life in that business as both a driver and businessman. Besides earning more than $60 million from all of his companies, foundations, and manufacturers, he also became an entrepreneur and writer. During his long career, which spanned over seven decades, Shelby has earned a lot of awards and was inducted into several halls of fames such as the International Motorsport, Automotive, Diecast, and SCCA. 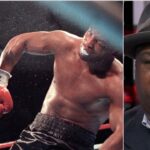 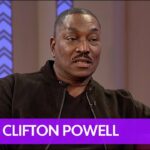